After months of calm, Thailand challenged by virus outbreak

After months of calm, Thailand challenged by virus outbreak 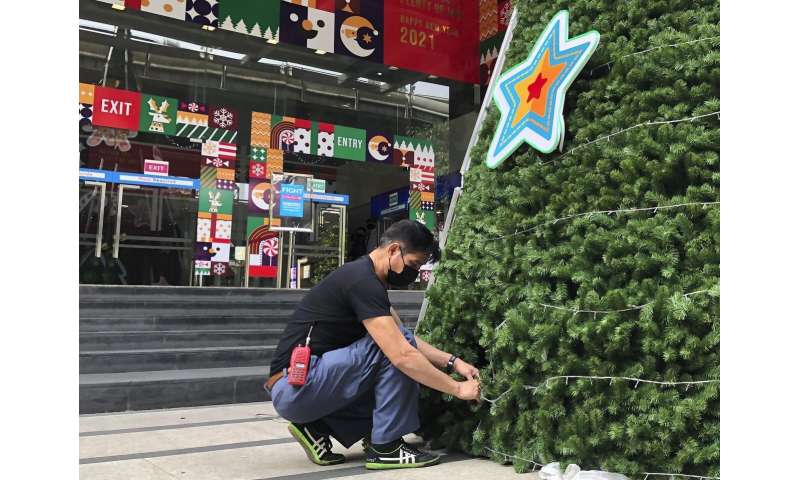 After managing against the odds to keep the coronavirus largely in check for most of the year, Thailand has suddenly found itself challenged by an expanding outbreak among migrant workers on the doorstep of the capital, Bangkok.

The surge of cases in Samut Sakhon province threatens to undo months of efforts to contain the virus and hasten recovery of an ailing economy.

Cases related to the outbreak have already been found in more than a dozen other provinces, including Bangkok. Officials in the capital city ordered existing safety measures, such as social distancing, mask wearing and checking for fevers, to be more strictly observed at markets, temples, parks and entertainment venues.

Contact tracing has found suspected cases for testing as well as areas to be disinfected. At a mall in central Bangkok’s popular Siam Square shopping area, three shops visited by a Thai woman who tested positive were temporarily closed for deep cleaning, as was a food court at the nearby MBK mall.

“What we have seen now is that being too relaxed about COVID precaution measures can lead to greater economic suffering,” he said.

Prayuth said the situation means Thailand must tread carefully as it relaxes rules for admitting visitors from other countries—an approach that could hinder efforts to revive the country’s lucrative tourism industry, whose business dried up after the country closed to regular passenger flights from overseas in early April.

Shortly before the latest outbreak was found last week, a new expanded list of countries whose tourists would be allowed in under tight restrictions was issued, and the idea of shortening a mandatory 14-day quarantine on arrival was under discussion.

Thailand’s 576 new cases of the coronavirus reported on Sunday—a 13% increase to Thailand’s previous overall total of 4,907—was the country’s biggest daily spike. For months, nearly all of the cases detected were in people already in quarantine after arriving from abroad.

More new cases reported Monday and Tuesday have pushed Thailand’s total to 5,716. Virtually all were migrant workers in Samut Sakhon or otherwise linked to a big seafood market in the province. Health officials said 44% of the migrant workers and people with direct links to the market who have been tested so far were found to be infected, though most did not display symptoms.

The seafood market was sealed off over the weekend, and other local restrictions were imposed, including a night curfew, the banning of travel out of the province and the closing of many public places. Late Tuesday night, two neighboring provinces also imposed lockdown measures, including bans on New Year’s celebrations. The seaside resort city of Pattaya also cancelled plans for public celebrations.

The Center for COVID-19 Situation Administration on Wednesday declared 23 provinces—almost a third of the total—to be high risk based on vendors identifying where their major customers were from.

Even though cases related to the seafood market have spread around the country, Prayuth expressed confidence Thailand “can continue to be among the least affected countries in the world by this terrible disease.”

Prayuth’s declaration in March of a state of emergency allowed his government also to implement measures ranging from lockdowns and censorship to making mask wearing mandatory and banning sales of alcohol to fight the virus.

The chairman of the Federation of Thai Industries, Supan Mongkolsuthree, said that due to the new outbreak, Samut Sakhon’s industrial sector was facing estimated losses of around 1 billion baht ($33.1 million) per day.

Supan said the federation opposes lockdown measures in other areas, because the problem was localized and the government could contain it.

Thai Union Group and Charoen Pokphand Foods, both major seafood producers with operations in Samut Sakhon, said they expect little or no disruption to their supply chains.

The origin of the latest outbreak is not yet clear, but virtually all the new cases involve migrant workers from Thailand’s neighbor Myanmar working in the seafood industry.

Low-wage migrant labor powers much of Thailand’s economy, from factories to fishing and construction. According to Thailand’s Labor Ministry, there are more then 233,000 documented migrant workers in Samut Sakhon in addition to an unknown number working illegally. There are an estimated 4 million to 5 million foreign workers in Thailand, according to the U.N.-affiliated International Organization for Migration.

Despite efforts at regularizing their status, many migrant workers are taken to Thailand by human traffickers and then forced to work in conditions of near slavery for small businesses, as a 2015 investigation by The Associated Press found when it looked into some of the hundreds of shrimp peeling sheds hidden in plain sight on residential streets or behind walls with no signs in Samut Sakhon.

The workers’ Myanmar origins have already led to finger-pointing over the current outbreak, since a coronavirus outbreak that began in August in Myanmar’s western state of Rakhine spread to the commercial capital, Yangon, and then farther east to the border with Thailand.

Thai authorities tried to limit cross-border traffic, but the frontier is notoriously porous. In early December, cases that originated in Myanmar were found in northern Thailand. They were Thais who had returned from stays in Myanmar and evaded border controls that would have forced them to quarantine. At least two flew south to Bangkok before they could be traced.

Yet a segment of popular opinion blames migrant workers who allegedly sneaked into Thailand for the new outbreak.

“This latest flare-up of infections in Samut Sakhon is primarily due to such illegal immigrants,” Prime Minister Prayuth said Tuesday, without providing evidence.

Activists for migrant workers frame the situation differently, and point out that two other Southeast Asian countries, Singapore and Malaysia, have also had large outbreaks among migrant workers.

“Migrant workers across Asia continue to remain at high risk of contracting and spreading COVID-19 due to their inability to practice social distancing both at their labor intensive workplaces and at their crowded and often insanitary living accommodation,” said Andy Hall, a migrant worker rights specialist working across Asia. 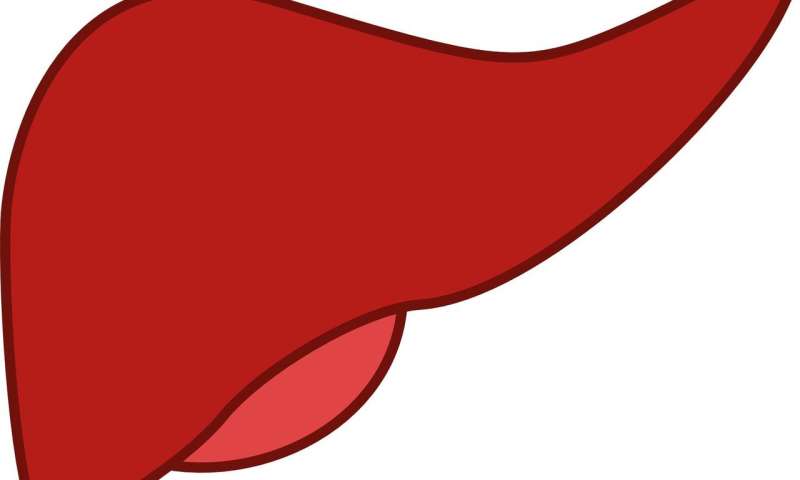 Progressive kidney disease may be predicted by proteins in urine