AHA News: Heart Defect Survivor Has the Scars and Attitude to Prove It

AHA News: Heart Defect Survivor Has the Scars and Attitude to Prove It 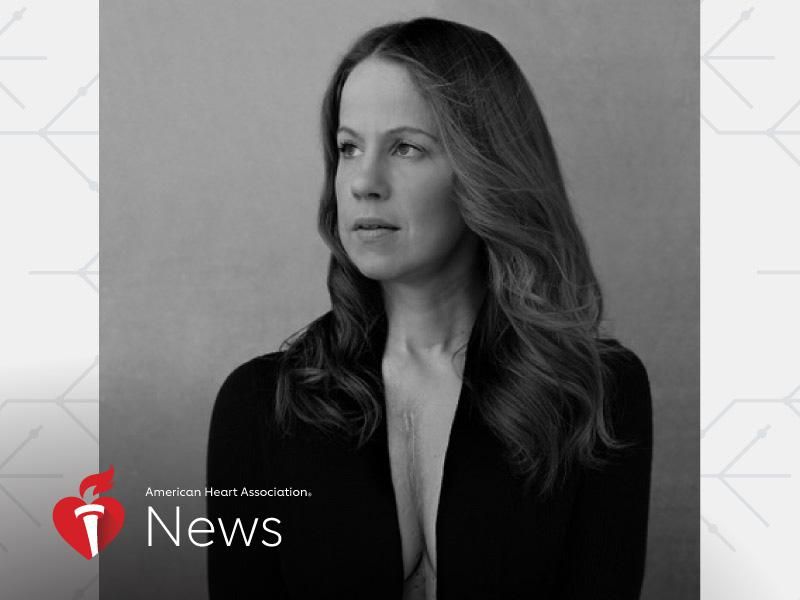 From the day Kristin VanSingel was born until now, 38 years later, her heart has set her life’s course.

That path started less than 24 hours after being born when she was diagnosed with aortic stenosis and had her first open-heart surgery. Doctors performed a valvotomy, which meant inserting a rod into her underdeveloped aortic valve.

At 18 months old, she had her second open-heart surgery. A pig valve was implanted to improve blood flow.

And between the second and third heart surgeries, when Kristin was in second grade, she had her gallbladder removed because a leaky heart valve had led to the formation of gallstones.

As a child, she couldn’t participate in certain contact sports because there was a risk of her getting hit in the chest. During recess, she learned to stop playing if she got tired.

Yes, the heart of this Detroit mother has steered her life’s course. Yet it is a course lined not with fear or complacency, but with compassion and courage, with patience and perseverance.

As a child, “I didn’t see my heart issues as different,” said Kristin, who is under the care of three cardiologists. “I had a normal life, but was just more cautious. I played the piano; I played percussion; I was in the National Honor Society. I never felt I was missing out.”

That self-confidence, honed by her family and her faith, has carried her into adulthood. It has shown her, she said, “You can have a normal life, be happy, get married. You may do things differently, but that’s not bad.”

Soon after Kristin met her eventual husband, Brian, in 2002, she told him about her heart issues.

“She has always been a very upfront person when it comes to her health and medical history,” Brian said. “We had an in-depth conversation about how her condition affected her day-to-day life and the limitations it placed on her.”

Doctors told the couple that Kristin could become pregnant, but she would need to be on bedrest, possibly require surgery during pregnancy, and the baby could have health complications as well.

“Kristin and I did not want to jeopardize her health,” Brian said. “From Day One, we were very open to adopting a child.”

Which they did. Their daughter, Vera, turned 5 in January.

“She was born with a heart problem, too,” Kristin said. “That’s why the adoption worker reached out. She said, ‘Hey, I have a little baby born three months early with a hole in her heart, lungs that are underdeveloped, and whose eyesight may not be the best.’

Their daughter, who weighed an ounce shy of 2 pounds at birth, is now 45 pounds. The hole in her heart has closed, so she no longer sees a cardiologist. Vera recently was fitted for her first pair of bifocal glasses and already knows how to read.

Kristin and Brian are teaching their daughter what Kristin’s parents taught her: to be aware of the limitations, but not to let them define you.

Kristin has learned, and is instilling in her daughter, that a positive attitude is key to facing anything.

Her positivity and faith have buoyed Brian. “Kristin almost died when she was 1 day old,” he said. “She has helped me develop a better appreciation of the things that are truly important in life.”

Kristin is very proactive and upfront with her medical team. She and Brian have taught Vera to “never be afraid of your doctors,” said Kristin, who volunteers with the American Heart Association to spread the word about making health a priority. “They’re there to help you. You have to be your own advocate; you know your body best. You know when something isn’t right.”

She knows her heart issues, like the scars reflecting them, will always be part of who she is. And she’s perfectly fine with that. “It’s not about getting better,” Kristin said. “It’s about managing this. When valves need to be replaced, when they get leaky, they’ll be replaced. It’s corrective surgery, like an oil change.