AHA News: How Science Evolved Its Views on Women’s Health

AHA News: How Science Evolved Its Views on Women’s Health 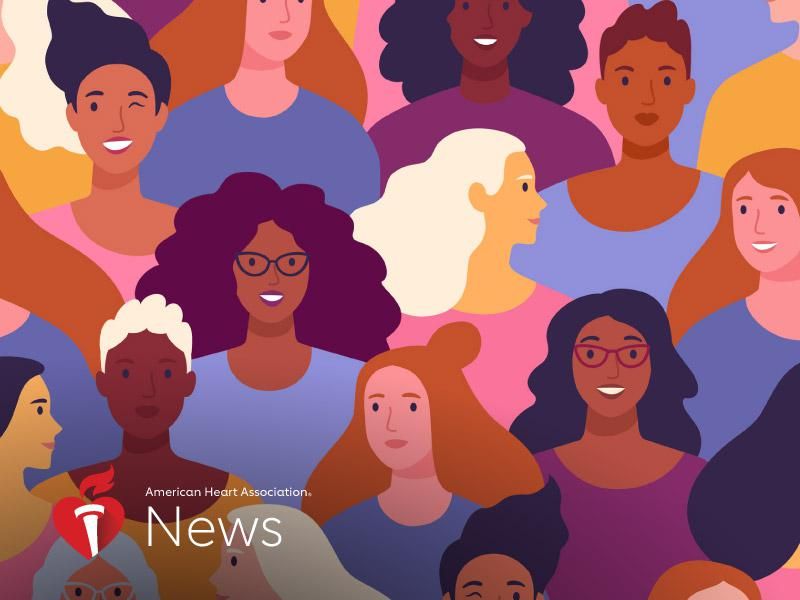 Men and women are different.

This might sound like the opening to a comedy routine, but scientific understanding of the significance of those differences – and how to study them – evolved slowly in recent decades.

Researchers who have been part of historic investigations say science had to overcome its own blind spots.

The awareness has been gradual, said professor Linda Van Horn, chief of the nutrition division in the department of preventive medicine at Northwestern University’s Feinberg School of Medicine in Chicago.

“It wasn’t a moment in time. It was growing recognition, as most things in medicine are,” she said.

Eventually, researchers accepted that figuring out how men and women are different biologically was worthy of exploration. “It now seems kind of laughable, if you think about it,” Van Horn said.

The contrasts can be critical. Considering heart health alone, women now are known to suffer more from the effects of smoking and can exhibit different heart attack symptoms.

The barriers to understanding such differences were not always simple sexism, said Dr. Frank Speizer, the Edward H. Kass Distinguished Professor of Medicine at Harvard Medical School in Boston.

“I think everybody knew women got the same diseases” as men, said Speizer, who also is a professor of environmental health at the Harvard T.H. Chan School of Public Health. But when it came to heart disease, accepted wisdom declared women were protected until menopause. Research would disprove that. “But people thought that at the time. And therefore, to make a career, you had to study where the disease was,” he said. “And the disease was in men.”

Speizer was the founding principal investigator of the Nurses’ Health Study, one of the most significant studies of women’s health ever undertaken.

It aimed to look at the health effects of oral contraceptives. Speizer and his colleagues modeled their work after a famous English survey of doctors that linked smoking and cancer. Based on the groundbreaking science that study accomplished, Speizer planned to survey doctors’ wives.

“That just seemed like the logical way to go,” he said. And a test run succeeded in England in 1971.

But a follow-up test didn’t go so well. Reflecting how society was changing, test questionnaires were addressed to “Mrs.,” “Ms.” or “Doctor, give this to your wife” to see which would generate the most responses. The “Ms.” group fared worst, and in the “Mrs.” group, researchers learned that many women had never seen the survey; their husbands had filled out the form for them.

Realizing “it was an impossible situation,” Speizer shifted to surveying nurses. The rest became health history, as the study, which launched with 121,700 married nurses in 1976, and its spinoffs continue to generate valuable science. The nurses, he said, became “extraordinarily collaborative, trusted colleagues in providing their health information.”

Over the years, the Nurses’ Health Study researchers diversified both the participants (the original group, reflecting the profession at the time, was 97% white) and research areas, leading to findings about diet and exercise that shaped federal guidelines.

Van Horn is on the steering committee for a different massive research project called the Women’s Health Initiative. That study, launched in 1992, recruited more than 161,000 women. Initially, it was to examine the effects of hormone therapy, diet, and calcium and vitamin D supplementation in postmenopausal women. Breast cancer was the primary focus, but the study collected data on broad areas of women’s health.

Today, Van Horn said, the initiative continues to offer data-driven results on outcomes that are based on lifestyles led for more than two decades.

If menopause occurs in a woman younger than ___ years, it is considered to be premature.
See Answer

It took “some pretty strong champions of women’s health” to build support for such research, said Van Horn. She and Speizer both noted the efforts of Bernadine Healy, who, in 1991, became the first woman to run the National Institutes of Health.

In 1993, Congress rewrote laws to require the inclusion of women in medical studies. But some changes have come slowly. Many early drug studies to determine appropriate dosages were done using only male lab animals, Van Horn noted.

This was rationalized on the grounds that hormones and menstrual cycles can complicate research data. “Surprise!” she said. “They complicate life for women.”

It was only in 2014 that the NIH started requiring both male and female lab animals to be used in studies. Van Horn recalled how this prompted comedian Stephen Colbert to devote an entire monologue to the topic, cracking, “Any scientist knows it’s crucial to eliminate extraneous variables – like half the global population.”

Work remains. One study of clinical trials about cardiovascular health between 2000 and 2017 showed only 38% of the participants were women.

But future research will be able to build on efforts that began decades ago. For example, in the 1980s, Nurses’ Health Study researchers began to gather blood, tissue and toenail samples. “Those are just going to pay off in the next probably 10 years,” Speizer said, as scientists learn more about genetics and how behaviors and environment affect how genes work.

In looking to what’s next beyond these two landmark studies, Van Horn is excited about the prospects for using precision nutrition to help prevent disease. It’s clear that fruits, vegetables, whole grains and the like are good for people. “What we still don’t know – and what I’m finding more and more fascinating is – what are the male-female differences?”