Are the Benefits of Multivitamins All in Your Head?

Are the Benefits of Multivitamins All in Your Head? 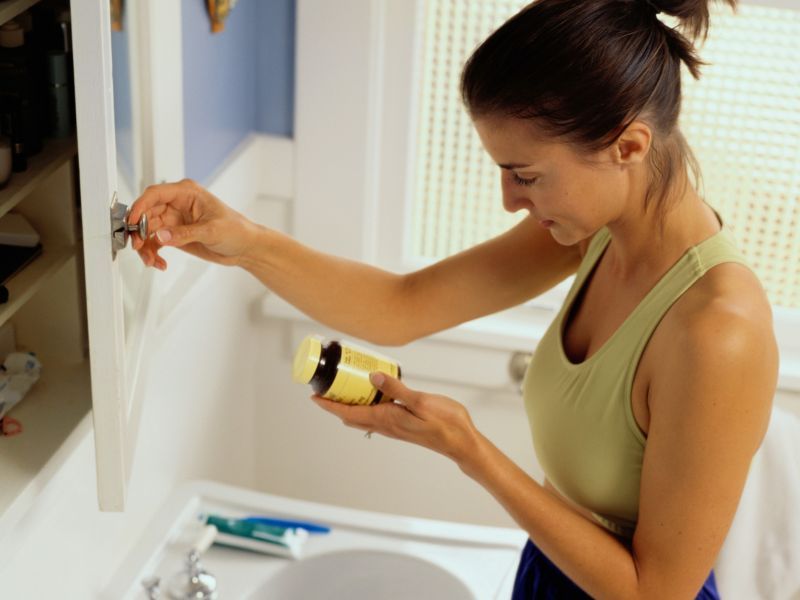 Multivitamins really are magic pills for your health, a new study contends — but just not the way you might think.

The health ‘benefits’ of multivitamins might just all be a trick of the mind, researchers say.

However, a comprehensive medical history — assessing dozens of physical and mental illnesses — revealed zero actual health differences between people who did or did not take multivitamins.

“Users of multivitamins and nonusers don’t differ in any of these clinically measurable health outcomes, but they report at least feeling about 30% better in their overall health,” said lead researcher Manish Paranjpe, a student at Harvard Medical School in Boston.

Reacting to the findings, Andrea Wong, senior vice president of scientific and regulatory affairs at the Council for Responsible Nutrition, a supplement industry trade group, cited problems with the study’s design. The results “in no way discount the multivitamins’ many benefits in combating insufficient nutrient levels and promoting optimum health, nor does it provide basis for consumers to reconsider their decision to take a multivitamin or to take one in the future,” Wong said.

About one-third of Americans routinely take multivitamins in the belief that they contribute to good health, the researchers said in background notes.

But prior studies have found little evidence to support any benefit from multivitamins for an array of health problems ranging from heart disease to cancer, Paranjpe said.

To see whether they could establish any benefit from the supplements, the researchers analyzed data on more than 21,000 people collected as part of the 2012 U.S. National Health Interview Survey.

Participants were asked about their use of complementary medical practices, which included taking vitamin supplements.

Nearly 5,000 people said they regularly took multivitamins, while more than 16,000 said they didn’t. Regular multivitamin users were significantly older and tended to have higher household incomes; they were also more likely to be women, college graduates, married and have health insurance.

Participants were also asked about myriad health problems that might affect them. The researchers assessed them, based on their responses to survey questions about:

Multivitamin users tended to judge themselves more healthy than nonusers, but the nitty-gritty medical details revealed that they really weren’t, the study authors noted.

The strong belief that multivitamins work might trick people into feeling healthier than they actually are, Paranjpe and his colleagues said.

It also might be that folks who take multivitamins are “in general, or just naturally, more positive people,” Paranjpe suggested.

Wong noted that the study was based on survey data that did not ask which specific multivitamins people were taking or how often or how long they’d been taking them. As such, it can’t prove a cause-and-effect relationship and leaves many questions unanswered.

The primary role of a multivitamin is to fill nutritional gaps and make sure people get their daily allowance of underconsumed nutrients like vitamins A, C, D, E and K, calcium, magnesium, dietary fiber, choline and potassium, Wong said.

“The conclusions of the study are a disservice to the public and should not influence consumers’ decision to take a multivitamin or other dietary supplement product,” Wong said.

But research has shown that the best way to obtain the nutrients and minerals you need is through food, said Melissa Majumdar, bariatric coordinator at Emory University Hospital Midtown in Atlanta, and a spokeswoman for the Academy of Nutrition and Dietetics.

“As dietitians, most of us feel we can get a variety of our nutrients and vitamins from our foods, and that’s what most of us would preach to our patients,” Majumdar said.

“We, as Americans, like something tangible. We like something we feel like we can do, an action item that’s easy,” Majumdar continued. “But there are certain things we just can’t get from a pill, and we know that vitamins and minerals don’t work independently. They work synergistically. When vitamins and minerals have been studied independent of a food, they don’t have the same benefit.”

Paranjpe said these results shouldn’t be interpreted to say that all supplements are a waste of money.

“There are certainly legitimate uses of vitamin supplements,” he said. “For example, during pregnancy folic acid is commonly prescribed to prevent neural tube defects in the child.”

But, Paranjpe added, for the general population who have no specific condition that would require a multivitamin or specific vitamin supplement, “we really have no evidence to suggest that taking a daily multivitamin helps in any way.”

The real concern is that people are wasting money on multivitamins that would better benefit their health if spent elsewhere, Paranjpe said.

“We believe that money could be better spent on things that we do know have a positive health benefit, such as eating a healthy diet,” exercising or socializing, he said.

The findings were published online Nov. 9 in the journal BMJ Open.

Consumer Reports has more on whether vitamin supplements really work.