Are we at the beginning of the end of COVID-19? The tricky road to herd immunity, explained

Are we at the beginning of the end of COVID-19? The tricky road to herd immunity, explained 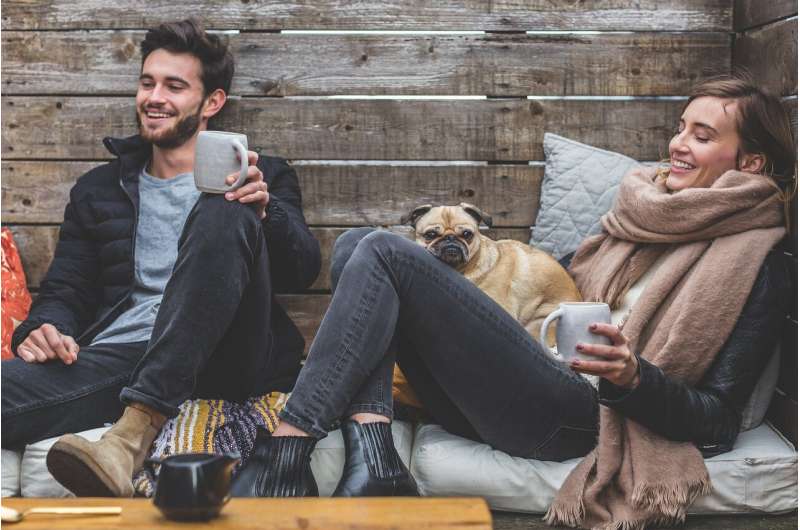 One year into a changed world, the numbers defy comprehension. More than 21 million confirmed cases of COVID-19 in the United States—a rate approaching one in 15 people—plus untold millions who had mild or no symptoms and were never identified. Add the millions who have now received their first doses of vaccine, and it is fair to wonder:

Can we start to look forward to when life returns to normal?

The answer hinges on that often-misunderstood concept of herd immunity, made all the more complicated by the emergence of two variants of the coronavirus that seem to spread more rapidly, one of which is already in the U.S. Evidence so far suggests that the new mutations will have little, if any, impact on how well the vaccines work, and they do not seem to result in more severe illness.

Yet given the wintertime surge in cases—possibly aggravated by the new mutations—and the question of how long immunity lasts, public health experts say this is no time to relax precautions.

The term herd immunity was coined a century ago by veterinarians studying the spread of disease in livestock. Simply put, they meant that if enough cows developed immunity to an illness, the herd would be protected. Even if an animal or two were somehow to become infected on occasion, they would be unable to pass it on.

Boni, who has served on World Health Organization committees for malaria and other disease epidemics, likens the concept to a forest fire.

“If a lot of the trees have been burned down,” he said, “you have a forest that’s sparse enough that no fire can take off in the forest.”

But in practice, achieving the threshold necessary for mass protection from disease is complicated. For one thing, the number varies depending on how easily the microbe in question spreads.

Measles, to borrow the forest analogy, spreads like proverbial wildfire—with each infected person passing it on to more than a dozen others in an unexposed population. It is so infectious that more than 90% of a population must be immune in order to prevent outbreaks, whether as the result of natural infection or a vaccine. And even then, the level of protection is not uniform. Vaccines are not foolproof, and some people choose not to get them. If a school or neighborhood is home to enough people in that category, there is fuel for a potential outbreak.

COVID-19 is far less transmissible. In a “naive” population with no prior exposure and no precautions in place, each infected person spreads the virus to an average of three others, epidemiologists calculated early in the pandemic. Social distancing, masks, and other safeguards can drive that number down so long as everyone is on board, but a key point to remember is that word average. Some people with COVID-19 are super-spreaders—passing on the disease to far more than three others, whether because they are careless, or unaware they’re infected, or both.

Taking those uncertainties into account, scientists estimated that 60% to 70% of people needed to be immune before the virus could be contained.

Then in December, a new wrinkle emerged: a variant of the coronavirus that seemed to spread more rapidly.

Viruses mutate a tiny bit every time they copy themselves in order to spread from cell to cell. In the vast majority of cases, these random changes have no effect on how well a microbe spreads. Or they have a negative effect, causing a particular lineage to die out.

When a new variant started to spread rapidly in Great Britain, researchers said it could be the result of something called a founder effect—meaning that version of the virus gained traction simply because it happened to be the one carried by a person who exposed lots of other people, not because of some change in the virus itself.

But mounting evidence suggests that mutations in the virus, not human behavior, are somehow enabling the faster spread, said Drew University’s Barker, who studies the biology of the immune system.

A key indicator is that every time the variant arrives in a new location, it seems to spread just as rapidly as it has in the United Kingdom, Barker said.

“The odds would be against having it be a founder effect or some behavioral issue in each new country, where we know the restrictions and the behaviors are so different,” she said.

Pennsylvania health officials said Thursday that the new variant, dubbed B.1.1.7, had been identified in a Dauphin County resident who apparently became infected while abroad. Meanwhile, another fast-spreading variant has been identified in South Africa.

It remains unclear just how much faster these new strains can spread, or exactly which genetic changes are to blame, Barker said. Anthony Fauci, director of the National Institute of Allergy and Infectious Diseases, has estimated that the threshold for herd immunity from COVID may now be above 80%.

If there’s any good news, neither set of mutations in the new variants is thought to be significant enough that the vaccines will no longer work. And neither version of the virus seems to make people more sick.

But the health consequences of COVID-19 were bad enough to begin with. If the same fraction of infected people become seriously ill, then an increase in overall infections means more people end up in hospitals, and more people die.

“All this means to me,” Barker said, “is that we have a lot less room for error in all of the interventions that we’re doing.”

So how close are we?

One challenge in measuring the spread of the coronavirus is the fact that many people have mild symptoms or none at all, and never undergo the nasal-swab tests that detect a current infection. Scientists have tried to get past that roadblock with a different test: measuring blood samples for the presence of antibodies, which can remain in the blood for months after an infection.

The U.S. Centers for Disease Control and Prevention has undertaken several such studies, including one in Pennsylvania, testing samples from people who get their blood drawn for various reasons at commercial labs.

This month, scientists at the drug companies Pfizer and Merck analyzed these studies and others to conclude that, as of mid-November, 47 million Americans—14% of the population—had antibodies to the virus. That finding, published in JAMA Network Open, represents more than four times the official case count of 11 million by that point.

But the analysis has limitations, said Rudolph, an associate professor of epidemiology at Temple’s College of Public Health, who was not involved in the study.

Among other issues, the people whose antibody levels were measured might not be representative of the general population in some way. They might have gotten their blood drawn because of an underlying health issue that made them more susceptible to infection. Or maybe they were more liable to take precautions, meaning they could be less likely to have been infected with the virus, Rudolph said.

“The biases can go in either way,” she said.

The study authors acknowledged these limitations and others, and said their 14% figure represented an estimate, ranging from below 12% to above 18%.

Boni, the Penn State biologist, said 14% was at least in the ballpark. And since then, cases have surged.

If the rate of undetected cases remains several times higher than the official case count, that could mean the U.S. is approaching 60 or 70 million infections—perhaps 20% of the population, though it varies from state to state.

Pennsylvania is likely close to that level of infection, and with a continued post-holiday surge, seems poised to hit 28% by the end of January, said Boni, who has analyzed state data.

A grim forecast, for sure. But at the same time, the rate of vaccinations is picking up, contributing to herd immunity in a safe fashion.

A good target would be to vaccinate 10% of the population each month, he said. That would mean 38% protection (28% plus 10%) by the end of January, and maybe more than 50% immunity by the end of February.

That’s if all goes well. But the vaccines are not 100% effective. And it is unclear how long immunity lasts, though a recent study led by the La Jolla Institute for Immunology found that after infection, various defenses in the immune system retained their “memory” of the virus for up to eight months.

It is, in effect, a race against time, Boni said. The more illness we wish to prevent, the faster we should make sure every pharmacy and clinic is supplied with syringes.

“We have to keep vaccinating,” he said. “We don’t have any alternative.”

Citation:
Are we at the beginning of the end of COVID-19? The tricky road to herd immunity, explained (2021, January 12)
retrieved 12 January 2021
from https://medicalxpress.com/news/2021-01-covid-tricky-road-herd-immunity.html