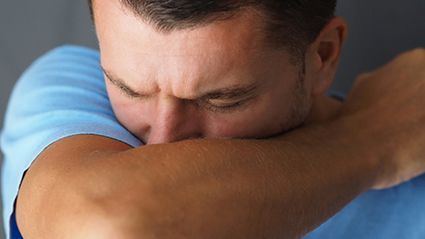 In a grim development for allergy sufferers in North America, a new investigation warns that pollen seasons are getting longer and worse.

Over the last three decades, the annual pollen season has expanded by nearly three weeks, accompanied by a 21% jump in pollen concentrations.

A big underlying cause: climate change.

“It is clear that global warming is the major culprit in the lengthening of pollen seasons, and it seems to be playing a more moderate role in exacerbating annual pollen levels,” explained study lead author William Anderegg, an assistant professor of biology at the University of Utah, in Salt Lake City.

For the study, Anderegg and his team analyzed pollen concentration data gathered between 1990 and 2018 from 60 pollen count stations across the United States and Canada. The stations are run by the U.S. National Allergy Bureau.

After stacking pollen data up against two dozen climate models, the investigating team concluded that climate change accounted for roughly half of the expanding pollen season trend. Rising temperatures were pegged responsible for about 8% of the rise in pollen concentrations.

“This is because pollen seasons are incredibly sensitive to temperature, and global warming is far and away the main driver of temperature increases in the U.S. over this period,” Anderegg said. “There are likely other drivers influencing pollen patterns, too, things like changing vegetation and wind patterns. But the impact of global warming particularly on pollen season start and length is quite clear.”

The study findings were published online Feb. 8 in the Proceedings of the National Academy of Sciences.

Anderegg explained that pollen season “is the window of time when pollen concentrations rise above a certain minimum threshold.” This is often when allergy sufferers start to experience issues, such as sneezing and wheezing.

“When, and how long, a pollen season is really depends on where you live,” Anderegg said. “In much of the U.S., it’s most severe in spring, but can last into the summer. The further south you are, the longer the pollen season.”

Along with expanding in duration, the study team observed that pollen seasons now begin about 20 days earlier than they had in 1990. The change was attributed to a likely shift in the lifecycle of plants, causing them to generate pollen earlier than previously.

As for pollen concentrations, the biggest jumps were seen in Texas and across midwestern states, with tree pollen leading the way.

“Politics aside, it’s unequivocally clear that this is the result of climate change,” said Meadows, who is on the clinical faculty staff at the Alabama College of Osteopathic Medicine, in Montgomery.

“You don’t need to be a rocket scientist. You don’t need a medical degree. Pollen season does depend on where you live. But if you live where I am, you can certainly just walk up to a tree about three weeks earlier today than you would have back in 1990 and shake it and see the pollen come off,” Meadows said.

Looking ahead, Anderegg thinks the trend lines are unlikely to improve in the next few decades. “Eventually, other aspects of global warming, particularly more droughts, could start to rein in pollen increases. But this is the trend that we expect for the near future,” he said.

If you suffer from allergies, you should find out what your triggers are and get treatment, said Meadows, who was not involved in the new study.

And for pollen allergies, he offered a simple piece of practical advice: shut your windows.

“During pollen seasons, keep the windows of the house closed,” Meadows said. “Because opening them — even for a few hours — is just like taking your bed and dragging it outside into a field.”

There’s more on pollen allergies at the American Academy of Allergy, Asthma & Immunology.

Allergies can best be described as:
See Answer

Dealing With Grief in the Time of COVID