As new variants spread in France, some want a 3rd lockdown

As new variants spread in France, some want a 3rd lockdown 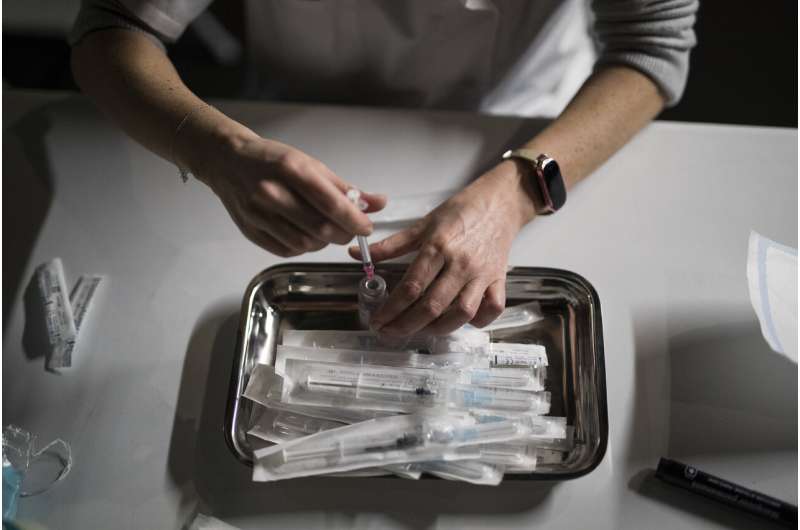 New virus variants are spreading fast in multiple regions of France, causing local authorities to order tougher mask rules and a curfew crackdown around the English Channel coast, and prompting growing calls for a new lockdown in the east.

Although France closed its borders with Britain in December, the virus variant first identified in Kent, England is now responsible for a large majority of recent virus cases around the French port city of Dunkirk, according to a statement Saturday from the regional health agency.

The regional administration ordered tougher mask rules and urged people in Dunkirk and some other areas not to leave town to limit the spread. The city’s saturated hospitals are sending COVID-19 patients to other regions amid a spike in the number of people needing intensive care.

France’s national public health agency warned Thursday that the spreading variants could worsen the country’s virus situation in the coming weeks after a protracted period of stable infections and hospitalizations since the last lockdown was lifted in December.

The variant dominant in Britain was detected in nearly a quarter of all cases across northern France and 20% of cases in the Paris region in late January, according to the agency’s latest data.

Figures released Friday by France’s largest network of private medical labs, Biogroup, suggest the variant has already spread quickly since then: The group says the variant showed up in about half of its tests Feb. 1-7 in the western Paris region.

Biogroup also found a jump in cases of the variant first identified in South Africa in three regions of eastern France. In the Moselle region, the variant was found in nearly one-third of positive tests during the first week of February, Biogroup said.

Health Minister Olivier Veran went to the region Friday and promised stepped-up testing and vaccinations, but the government has resisted calls from some local doctors and leaders for a new lockdown.

In all, France has confirmed more than 3.4 million coronavirus cases and more than 80,000 virus-related deaths. Frustration has been growing with the government’s handling of the pandemic.