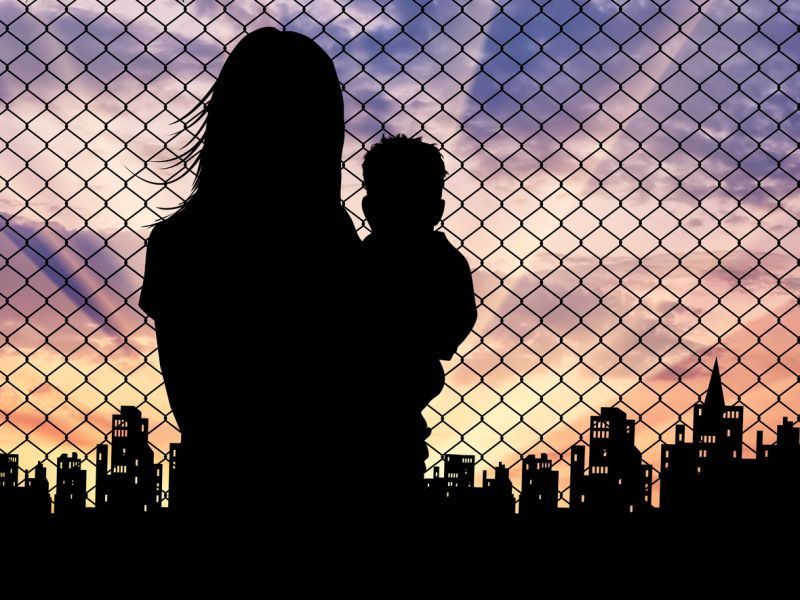 Bans on evictions and utility shutoffs during the pandemic may not only be keeping people safe and warm in their homes: They might also limit the spread of COVID-19, new research suggests.

Over the first nine months of the pandemic, the study found, U.S. counties with those policies reduced COVID-19 infection rates by about 4%.

The impact on deaths appeared greater: Moratoria on evictions, specifically, were linked to an 11% decrease in COVID-related deaths, while bans on utility disconnections were tied to a 7% decline.

But the team, from Duke University, accounted for many other factors that might explain the connection, including state and federal actions taken at the time, from stay-at-home orders to mask mandates. They also weighed information on counties’ demographics, like median incomes and health insurance coverage, the percentage of older adults, and the percentage of people with obesity or diabetes.

And it makes sense, according to researcher Kay Jowers, a senior policy associate at Duke University’s Nicholas Institute for Environmental Policy Solutions, in Durham, N.C.

When people are forced out of their homes, they likely have to move in with family or friends, or go to shelters. During a pandemic, where social distancing is critical, that makes people more vulnerable, Jowers pointed out.

If some people in those crowded households are also essential workers, the situation is even more risky, she noted.

Earlier in the pandemic, the federal government issued a temporary halt on evictions that was set to expire Jan. 31, 2021. It has since been extended to March 31, 2021.

But that national ban had shortcomings, and local policies helped strengthen protections for tenants, according to Diane Yentel, president of the National Low-Income Housing Coalition, in Washington, D.C.

Yentel agreed that those measures likely helped contain the spread of COVID-19 by keeping Americans out of communal housing.

“Even pre-pandemic, it was clear that housing is health care,” said Yentel, who was not involved in the new study.

Stable, safe housing is key to physical and mental well-being, she noted, whether that means protecting children from lead poisoning or avoiding exposure to asthma triggers, like cockroaches.

A recent California study also found a connection between unaffordable housing and health care use: Of people who’d moved in the past five years because they couldn’t afford the mortgage or rent, about 27% had skipped or delayed necessary medical care.

“And certainly during the COVID-19 pandemic, the link between housing and public health has become even clearer,” Yentel added.

The ability to stay home, in uncrowded conditions, is critical to any one person’s risk of contracting the infection and to controlling its spread in the community.

The study, which was published as a National Bureau of Economic Research working paper, also made some “what if” calculations.

If eviction moratoria had been implemented across all U.S. counties starting March 1 of last year, that might have cut COVID-19 infections by 14%, the researchers estimated. Deaths, they said, might have been decreased by up to 40%.

Study co-author Christopher Timmins cautioned that those are estimates. But the overarching point, he said, is that “these policies are good for public health generally.”

While keeping people in their homes, with heat and hot water, is obviously good, it’s also a stopgap.

“At the end of the pandemic, we don’t want people to fall off an eviction cliff,” said Timmins, a professor of economics at Duke.

Eviction moratoria, Yentel said, were only ever a “half-measure.”

The rent and utility bills still have to be paid, and at this point, Yentel said, it’s estimated that Americans are collectively $57 billion behind.

“That’s far beyond what they can ever pay off,” she said.

The federal government has stepped in: The COVID relief measure passed late last year provided $25 billion in emergency assistance to renters behind on their bills.

While that was welcome, Yentel said, it’s clearly not enough, and the pandemic is not over.

Yentel made another point: The U.S. had an affordable-housing crisis before the pandemic, and it will not disappear when the pandemic ends.

This is an opportunity to make long-range reforms that will help low-income Americans attain stable housing, Yentel said. Among them are investment in new public housing, changes to zoning laws that limit residential dwellings, and making housing vouchers available to all income-eligible Americans in need.

The National Low-Income Housing Coalition has more on COVID-19 and housing.