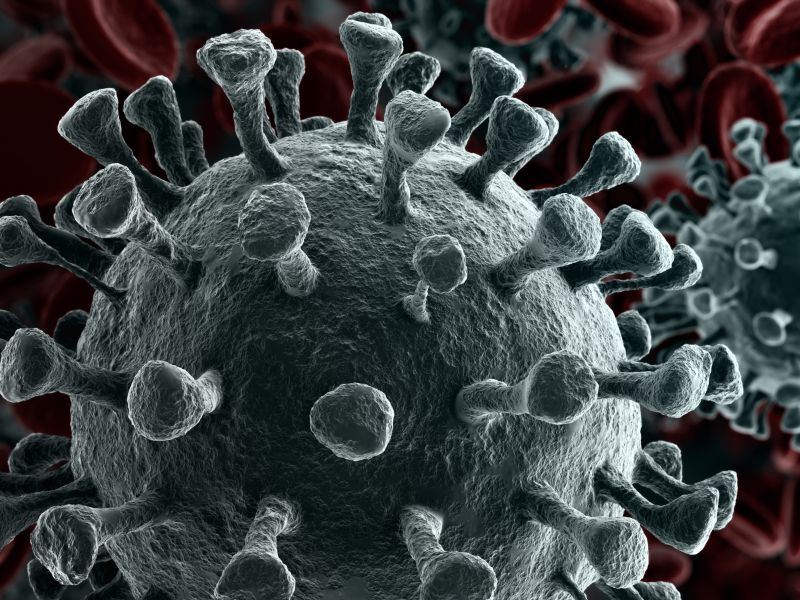 The highly contagious coronavirus variant that drove Britain into lockdown in December is now spreading quickly across the United States, a new study shows.

What has been dubbed the B.1.1.7 variant is doubling its prevalence every nine days in this country, according to a report posted on the preprint server MedRxiv on Sunday and not yet peer-reviewed or published in a journal. The findings, from a large collaboration of scientists, buttresses a forecast issued last month by the U.S. Centers for Disease Control and Prevention that showed the variant becoming dominant in this country by late March.

The researchers scrutinized genomic analyses of the virus samples from 10 states, including from 212 infections involving the variant, and concluded that the variant has been 35 to 45 percent more transmissible than other variants in the United States.

“It is here, it’s got its hooks deep into this country, and it’s on its way to very quickly becoming the dominant lineage,” study co-author Michael Worobey, an evolutionary biologist at the University of Arizona, told the Washington Post.

“Those models are very sensitive to assumptions about how many people the average infected person passes the virus to. If those assumptions are off by just a bit, or if we let our guard down and relax mitigation measures, I believe we could well see a dangerous upward surge of cases as B.1.1.7 comes to dominate the U.S. epidemic in March,” Worobey added.

“Our study shows that the U.S. is on a similar trajectory as other countries, where B.1.1.7 rapidly became the dominant SARS-CoV-2 variant, requiring immediate and decisive action to minimize COVID-19 morbidity and mortality,” the authors of the new report said.

In the study, Florida stands out as the state with the highest estimated prevalence of the variant. The new report estimated the doubling time of B.1.1.7 prevalence in positive test results at just over nine days.

The new study only looked at data through the end of January, but the percentage of B.1.1.7 infections in Florida may have risen from a little less than 5 percent to approximately 10 percent in just the past week in Florida, study co-author Kristian Andersen, an immunologist at Scripps Research Institute, told the Post Sunday.

Mary Jo Trepka, an epidemiologist at Florida International University, told the newspaper she is not surprised by the spread of the variant in Florida, because the state has not been strict about mask mandates or other restrictions, while at the same time it is a hub for international travel.

“The message is that we have to work harder to prevent transmission of all these cases of COVID,” she said. “If we don’t, we’ll potentially see more variants. We need to get everybody vaccinated and we need to do a much better job at preventing transmission.”

The variant first appeared in genomic surveys in the United Kingdom in September, but did not get tagged as a “variant of concern” until early December when its rapid spread stunned scientists and prompted lockdowns in southern England.

“What concerns me is the exponential growth in the early stages doesn’t look very fast,” Andrew Noymer, an epidemiologist at the University of California, Irvine, who was not part of the new study, told the Post. “It kind of putzes along — and then goes boom.”

Even as the U.K. variant makes a foothold in the United States, overall coronavirus case counts are steadily dropping among Americans, as the worst of the latest surge in the pandemic seems to be subsiding.

Some parts of the country, including the Upper Midwest, are experiencing bigger decreases in new cases than others. Four states in the region — Minnesota, North Dakota, South Dakota and Iowa — have seen average daily cases fall by 80 percent or more, The New York Times reported.

There was yet another glimmer of hope last week, after Johnson & Johnson announced it had asked the U.S. Food and Drug Administration for emergency approval of what would be the first single-dose vaccine in the country. If approved, this latest vaccine would join the two-dose vaccines made by Pfizer and Moderna that are already being administered to Americans.

The first COVID-19 vaccination sites run by the federal government will be opened in California as the Biden administration employs yet another tool to try to tame the coronavirus pandemic.

One center will be housed in the Oakland Coliseum where the Oakland Athletics baseball team plays and the other will be on the campus of California State University, Los Angeles, NBC News reported. Both will be near communities hit hardest by the pandemic, according to Jeffrey Zients, the White House COVID-19 response coordinator. The facilities will be staffed mostly with federal employees.

“These sites in California are just the beginning,” Zients said during a media briefing last week. “We are working with, in partnership, in states across the country to stand up new sites and will have more to say on that in the coming weeks.”

The initiative is a significant policy departure from the Trump administration, which left actual vaccinations largely to the states and focused instead on the logistics of shipping vaccine doses across the country. But after states became overwhelmed trying to meet the demand from people seeking the vaccine, Biden’s advisers urged him to take a more hands-on approach, NBC News reported.

The federal vaccination centers — which will be housed in stadiums, school gyms and parking lots — will be staffed by workers from FEMA, the U.S. Department of Agriculture and the U.S. Department of Health and Human Services. The Biden administration has been increasing the number of federal employees working on the effort and has directed 600 FEMA employees to work on the vaccination program, including 350 at vaccination sites, in addition to thousands of National Guard members in 39 states, NBC News reported.

Zients said that FEMA has provided $1.7 billion to 27 states to help pay for transportation, storage, and supplies for their vaccination programs.

U.S. health officials say they are in a race against time to increase the number of Americans vaccinated as more contagious variants of the virus spread across America. By Monday, more than 41.2 million Americans had been vaccinated, while 59.3 million doses have been distributed. Just over 9 million people have had their second shot, according to the CDC.

In India, the coronavirus case count was more than 10.8 million by Monday, a Johns Hopkins University tally showed. Brazil had over 9.4 million cases and more than 231,500 deaths as of Monday, the Hopkins tally showed.

Worldwide, the number of reported infections passed 106.2 million on Monday, with over 2.3 million deaths recorded, according to the Hopkins tally.