California could see 100,000 hospitalizations in January

California could see 100,000 hospitalizations in January 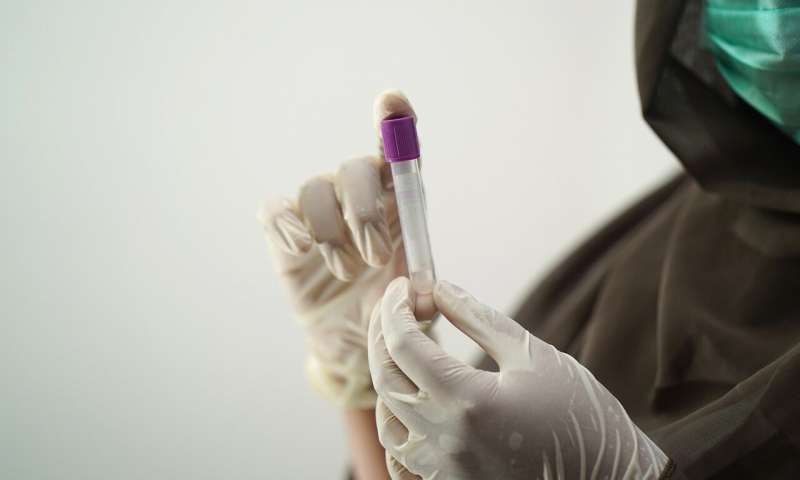 California has recorded a half-million coronavirus cases in the last two weeks and in a month could be facing a once-unthinkable caseload of nearly 100,000 hospitalizations, Gov. Gavin Newsom and the state’s top health official said Monday.

Gov. Gavin Newsom, himself quarantined for the second time in two months, acknowledged that a state projection model shows hospitalizations in that range and said he’s likely to extend his stay-at-home order for much of the state next week.

Dr. Mark Ghaly, California’s secretary of Health and Human Services. said it’s feared entire areas of the state may run out of room even in their makeshift “surge” capacity units “by the end of the month and early in January.” In response, the state is updating its planning guide for how hospitals would ration care if everyone can’t get the treatment they need, he said.

“Our goal is to make sure those plans are in place, but work hard to make sure no one has to put them into place anywhere in California,” Ghaly said.

It hopes to accomplish that by beefing up temporary staffing, opening makeshift hospitals in places like gymnasiums, tents and a vacant NBA arena, and by sending patients to regions of the state that might have precious remaining beds. Officials said residents can still play perhaps the biggest role by skipping holiday gatherings and practicing precautions to slow the spread.

California is enduring by far its worst spike in cases and hospitalizations. All of Southern California and the 12-county San Joaquin Valley to the north have been out of regular ICU capacity for days. Those two regions are the ones Newsom are likely to have stay-at-home orders extended, meaning many business must remain closed, restaurants can only serve takeout and virtually all retail is limited to 20% capacity.

California is averaging almost 44,000 newly confirmed cases a day and has recorded 525,000 in the last two weeks. It’s estimated 12% those who test positive end up in the hospital. That means 63,000 hospitalizations from the last 14 days of cases. The current figure is 17,190.

The state’s public health department in June released crisis planning guidelines for hospitals and other care facilities during the pandemic. It provides detailed guidance for how to manage care decisions when resources are scarce.

The goal is the best possible outcome for the largest number of people, the document says.

The guidelines emphasize the importance of planning for crisis scenarios and of ensuring decisions are not made based on discriminatory factors such as age, race, disability, gender, socioeconomic status, insurance status.

The document outlines best practices for “proactive triage” that must occur when a hospital has exhausted its resources. A basic graphic shows the first consideration should be whether a patient is actively dying or certain to die, in which case they should only be given palliative care.

For patients not in that category, care providers are broadly asked to assess a person’s prognosis of survival compared to others when determining how to allocate limited resources.

Los Angeles County is among the hardest hit areas of the state but its hospitals aren’t there yet, Los Angeles County Department of Health Services Director Dr. Christina Ghaly said Monday. They are in the contingency stage, which means shifting around staff and equipment.

“You’re … doing things that you wouldn’t otherwise do—canceling surgeries, redeploying staff, things of that nature,” said Ghaly, the wife of the state health director. “It causes intense strain. It’s exhausting for staff, but hospitals are able to do this by redeploying the resources that they have to the greatest extent possible.”

But without rapid changes in people’s behavior to stop the spread, she warned, “that’s where we will be headed in the future “

Newsom gave Monday’s briefing from his home as he began a 10-day quarantine Sunday for the second time in two months after a staff member tested positive for the virus.

The governor will be apart from his wife and four young children for Christmas, isolated in one room and his office in the Sacramento home they share because he was in the presence Friday of a staff member who tested positive two days later.

Newsom was tested and his result came back negative, as did the tests of other staffers who were in contact with the person.

Last month, members of the governor’s family were exposed to someone who tested positive for the virus. All tested negative.

Meanwhile, Los Angeles Unified School District Superintendent Austin Beutner said in a video briefing Monday that students will not return to in-person classes when the new semester begins in January because the virus in the community is about 15 times the level the state has set for schools to consider reopening. Results from the district’s virus testing program in the past week are alarming: 5% of adults and nearly 10% of children without symptoms were positive.

“Unfortunately, Los Angeles has become the epicenter for the virus in our country at this time,” Beutner said.

The explosion of cases in the last six weeks has California’s death toll climbing. Another 83 fatalities reported Sunday raised the total to 22,676, though Newsom cautioned the daily figure was likely too low because of a normal weekend reporting lag.

The state has averaged 233 deaths each day for the last 14 days.