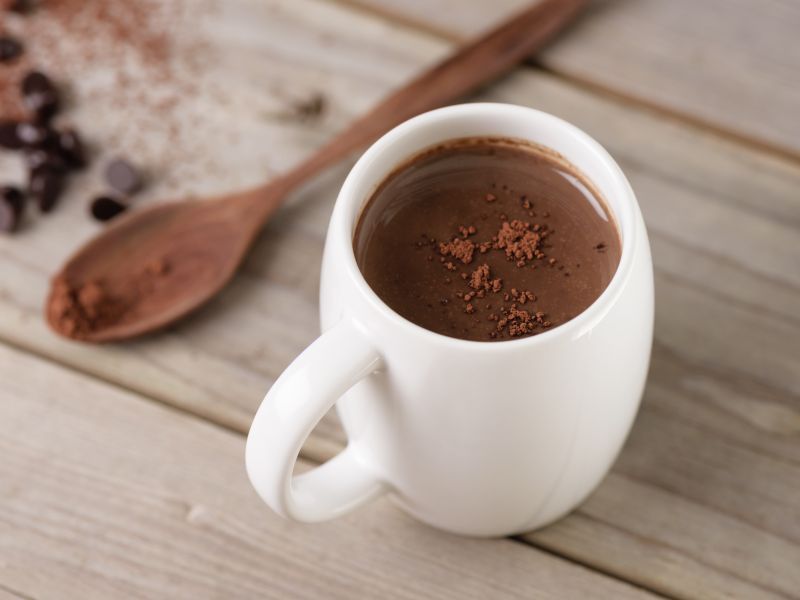 Could the main ingredient found in chocolate super-charge your brain, help young, healthy adults think better, faster and more efficiently? Just maybe, according to a small new study out of Britain.

The finding is based on work with 18 healthy men, aged 18 to 45. All underwent brain scans and mental acuity tests after consuming a cocoa drink packed with high levels of flavanols. They are naturally found in significant amounts in cocoa, grapes, apples, teas and berries, among other items.

“We have known for many years that flavanols from cocoa, in particular, can improve vascular function in humans,” said study author Catarina Rendeiro. She’s a lecturer in nutritional sciences with the school of sport, exercise and rehabilitation sciences at the University of Birmingham, in the United Kingdom. “These benefits are apparent even after only one single dose of cocoa. However, the extent to which some of these benefits could translate into the brain vasculature were less clear. That’s where this study comes in.”

The goal: “To investigate whether one single dose of cocoa flavanols could improve brain oxygenation levels,” Rendeiro explained.

None of the participants had any known heart, brain or respiratory issues. And each was tested twice, once after blindly drinking a high-flavanol cocoa mix and once after ingesting a low-flavanol version.

Two hours after each drink, participants were subjected to a standard “vascular challenge,” meaning they breathed in 5% carbon dioxide, roughly 100 times the normal concentration. Doing so can trigger dizziness, disorientation, exhaustion and an inability to focus. The typical response is for the body to jack up blood flow to the brain, to supply it with more oxygen and force out the excess carbon dioxide.

Brain-scanning technology was first deployed to assess the degree of this response after each drink, with a specific focus on activity in the frontal cortex, which is key to planning, regulating behavior and decision-making.

The researchers found that after drinking the flavanol-rich concoction, 14 of 18 men saw their oxygenation response rise more than three times higher than it had following a low-flavanol drink. The flavanol-heavy drink also triggered a one-minute faster response.

In addition, after drinking flavanol-enriched cocoa, the men were able to respond about 11% more quickly when asked to problem-solve, but only when the tests were at their most challenging. No difference in response was seen when posed with simple tasks.

“This suggests that the beneficial effects of flavanols may only emerge when the cognitive challenge is sufficiently high,” Rendeiro said.

Rendeiro also observed that those men who didn’t show any improvement in brain performance were also the ones who had the best blood oxygenation responses to begin with. “So it seems that these individuals won’t benefit further from intake of flavanols because they are performing already at their maximum,” she said.

“It is currently unclear why these subjects had higher responses, but it might be related to higher levels of fitness,” Rendeiro said. “But we did not measure this in the study.” Still, the findings suggest that “even in a healthy brain there is clearly still room for improvement, and diets rich in flavanols might do just that,” she suggested.

But does that mean chocolate lovers should start reaching for a Snickers? Maybe not.

“Unfortunately, it is difficult to know what the content of flavanols is in chocolate products as these are not disclaimed in labels,” Rendeiro explained. “Generally, scientific articles that have measured content of flavanols in commercially available chocolates do not seem to find any relationships between content of cocoa solids and levels of flavanols. This is mainly because the processing of cocoa to make chocolate can substantially damage flavanols. So having more cocoa solids does not equate necessarily to more flavanol content.”

Still, “consuming a variety of foods rich in flavanols — such as grapes, green tea, apples and berries — can provide levels of flavanols that are beneficial for brain and vascular function,” she said.

Meanwhile, Judy Pa, an associate professor of neurology at the University of Southern California, Los Angeles, said the findings “aligned with what we would expect.”

Pa said, “More research is needed. However, I think most of us would agree that a balanced diet with a healthy dose of fruits and vegetables is beneficial for numerous reasons, and perhaps those foods high in flavanols may provide some additional benefit.”

As to flavanol’s potential as a way to address dementia risk, a similar take was offered by Claire Sexton, director of scientific programs and outreach for the Alzheimer’s Association.

“It would be wonderful if a particular food or supplement could delay or prevent Alzheimer’s disease,” said Sexton, “but we do not have scientific evidence that these claims are true. We need randomized, controlled clinical trials to evaluate whether any of these foods or supplements has a scientifically proven beneficial effect.”

At this point, she said, “people should not put too much stock in specific nutrients — including subsets of flavanols — for reducing dementia risk until more research is done. Rather, they should focus on eating an overall healthy diet.”

Rendeiro and her colleagues published their findings recently in the journal Scientific Reports.

The University of California, Davis, has more on flavanols.