Could Tanning Raise a Woman’s Odds for Endometriosis?

Could Tanning Raise a Woman’s Odds for Endometriosis? 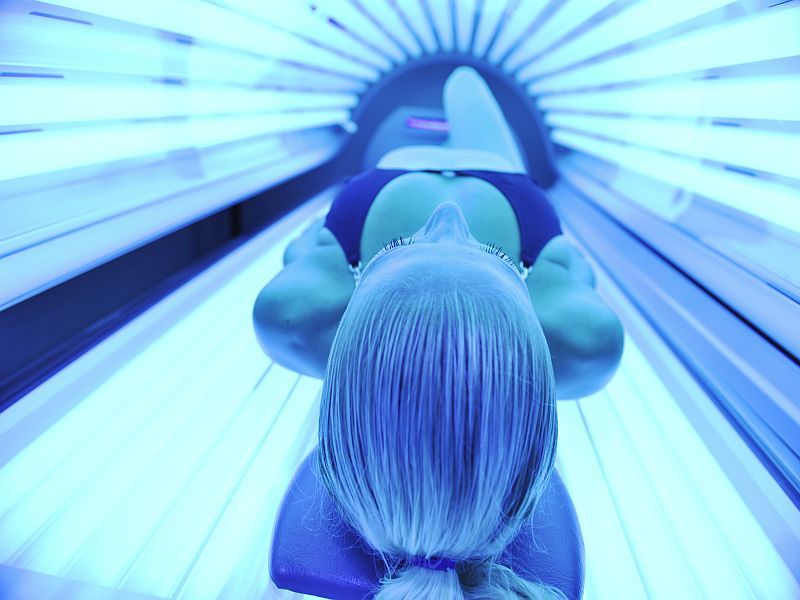 Young women who regularly visit tanning salons may have an increased risk of developing endometriosis, a new study suggests.

Researchers said the findings, from a large study of U.S. women, don’t prove that tanning beds help cause the painful pelvic condition.

But, they noted, the study might give women more incentive to avoid indoor tanning.

Endometriosis is a condition in which tissue similar to the lining of the uterus begins to form outside the uterus — often on the lining of the pelvis, the ovaries or fallopian tubes. Its symptoms include abnormal periods, pelvic pain, bowel and urinary problems, and infertility.

Endometriosis affects about 10% of women during their reproductive years, according to the Endometriosis Foundation of America.

The precise cause of the disorder is unclear, though researchers suspect there’s a genetic component since it tends to run in families.

When it comes to modifiable risk factors, little is known, said lead author Leslie Farland, an assistant professor at the University of Arizona College of Public Health, in Tucson.

In the new study, Farland and her colleagues wanted to see whether exposure to ultraviolet (UV) light — from sunshine or tanning beds — had any relationship with endometriosis risk.

Farland said their curiosity was based on two past findings: Women with endometriosis may have a higher risk of melanoma skin cancer than other women do. And endometriosis seems to be more common among women with “sun-sensitive” skin, which burns easily and tends to freckle.

It all suggests that UV exposure could be involved, she said.

For the study, Farland and her team looked at data on roughly 116,000 U.S. women who were part of the long-running Nurses’ Health Study II. Between 1989 and 2015, nearly 4,800 were diagnosed with endometriosis.

Overall, women who had regularly used tanning beds as teens and young adults were somewhat more likely to be diagnosed with endometriosis, the findings showed.

Women who had used tanning beds three or more times a year between the ages of 15 and 35 had a 30% greater risk than non-users, the researchers found.

The results, published online Dec. 2 in the journal Human Reproduction, do not prove cause and effect.

Instead, Farland said, they do raise questions: Why is indoor tanning related to endometriosis, and could it be due to inflammation or immune dysfunction?

One theory on causes of endometriosis is that a faulty immune system fails to find and destroy endometrial tissue growing outside the uterus.

Dr. Dan Martin is scientific and medical director of the Endometriosis Foundation of America. He called the new findings an “interesting observation,” but said they are puzzling, too.

Tanning bed use was linked to higher endometriosis risk. But women who had lived in sunnier climes as teens and young adults showed a slightly reduced risk.

Then there was this: Researchers could not gauge the women’s actual exposure to sunshine, but those with more sunburns — and presumably a good dose of sun — had a heightened risk of endometriosis.

Farland agreed that the findings appear to conflict. But in theory, there’s an explanation, she said: Sunlight — and specifically the ultraviolet B radiation it emits — spurs the body to produce vitamin D, which is anti-inflammatory and helps regulate immune function.

Women with multiple sunburns, meanwhile, may have been those with sun-sensitive skin — the type linked to higher endometriosis risk.

All of that, however, is speculative, Farland stressed.

Martin took it all with a grain of salt. He said tanning bed use — or residence in sunny places — could simply be markers of some other, yet unidentified, factors that influence endometriosis risk.

Plus, Martin noted, while a 30% relative increase in endometriosis risk might sound substantial, it’s actually a small statistical difference, which increases the chance it’s not a true effect.

Despite the complicated findings, both Martin and Farland pointed to a straightforward message: Avoid tanning beds.

“We already know they raise the risk of skin cancer,” Martin said. “So this gives you one more potential reason to avoid them.”

Farland said further studies are needed to understand why indoor tanning is tied to endometriosis risk, and whether “a vitamin D pathway” could be protective.

For more on endometriosis, visit the Endometriosis Foundation of America.