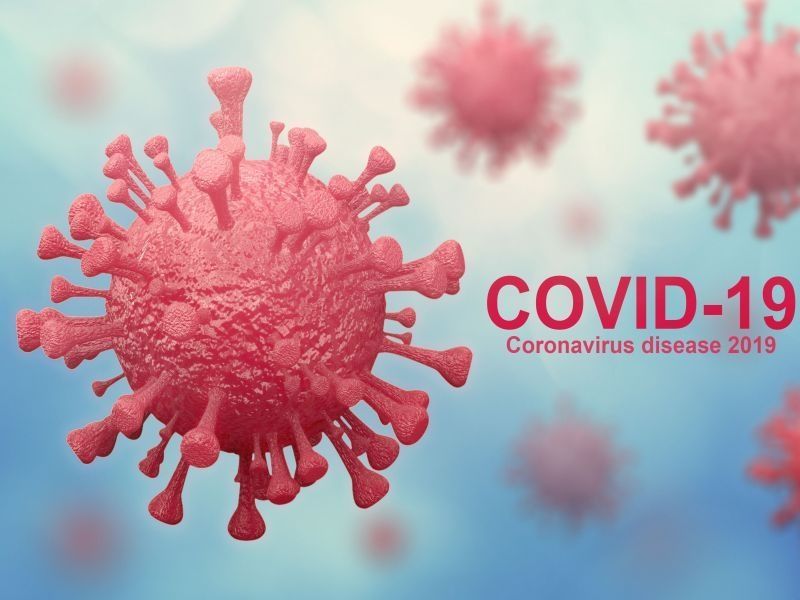 In an alarming sign that the coronavirus pandemic is about to hammer the United States with unprecedented force, the country reported a record-shattering 140,000 new cases on Wednesday.

Hospitalizations also reached a record high on Wednesday, with 65,368 people now hospitalized across the country, The New York Times reported.

Even more disturbing, there has been a marked climb in the number of people who have died from COVID-19: 1,408 more deaths were reported as of Wednesday evening, while Tennessee, Alabama and Minnesota all reached new highs in their daily death tolls, the Washington Post reported.

“The worst of this crisis is playing out in the next six to eight weeks,” David Rubin, director of PolicyLab at Children’s Hospital of Philadelphia, told the Post. “The irony is, this is the time we most need our public leadership. Right now.”

Governors in many states are announcing additional measures to try to curb the spread of COVID-19. Since Election Day, more than one-third of them have issued public appeals for people to take social distancing measures seriously, the Times said.

Ohio Gov. Mike DeWine of Ohio issued a statewide mask mandate and said that stores would be closed for 24 hours if a team of inspectors found that workers or customers at any retailer ignored the mask rule two times. He also banned dancing and games at social gatherings, and said participants in banquets, weddings and funeral receptions could not congregate, the Times reported.

In Wisconsin, Gov. Tony Evers made a plea to his state’s residents, advising people to change their lives to help contain the virus.

“It’s not safe to have others over — it’s just not safe,” Evers said. “So please, cancel the happy hours, dinner parties, sleepovers and play dates at your home.”

Numerous governors warned that new mandatory measures, which many have avoided, might be coming if case counts continue to climb.

California is about to broach the 1 million case mark, a threshold reached only by Texas so far. San Francisco has banned indoor dining again, starting next Sunday, paused high school re-openings and limited gyms and movie theaters to 25 percent of capacity, the Times reported.

Gov. Gary Herbert of Utah took some of the most drastic recent measures, declaring a new state of emergency this week and issuing a statewide mask mandate.

With coronavirus cases surging in New York, Gov. Andrew Cuomo said on Wednesday that private indoor and outdoor gatherings statewide would be limited to 10 people and that gyms, bars and restaurants must close daily at 10 p.m., the Times reported.

The restrictions will take effect Friday, and Cuomo said that local governments will be responsible for enforcing them. The limit on gatherings will apply to private homes. The curfew will apply only to bars and restaurants licensed by the state liquor authority, and restaurants can continue to provide takeout and delivery after 10 p.m., but only for food.

Eli Lilly’s experimental antibody treatment for COVID-19 has been given emergency approval by the U.S. and Food Administration.

The promising news came the same day that President-elect Joseph Biden called for all Americans to wear masks and appointed a 12-member task force of experts to craft a national response to the continued spread of COVID-19.

The FDA’s approval of the antibody treatment, called bamlanivimib, is solely for people newly infected with coronavirus, and the agency warned that it should not be used in hospital patients, the Times reported.

Instead, the treatment should be given as soon as possible after a positive test, and within 10 days of developing symptoms. It is geared toward people who are at risk for developing severe COVID-19 or for being hospitalized for the condition. That includes people who are over 65 and who are obese, the FDA said. In early studies, researchers have found those groups benefit the most from the treatment.

In October, the company announced that it had reached a $375 million deal to sell 300,000 doses of the treatment to the U.S. government. Eli Lilly said Monday that it will begin shipping the treatment immediately to AmerisourceBergen, a national distributor, which will then distribute it on behalf of the federal government, the Times reported.

The treatment consists of a single powerful antibody that is believed to keep the infection in check. It is similar to the treatment that President Trump received, made by the biotech company Regeneron, which is a cocktail of two antibodies. Regeneron has also applied for emergency authorization, the Times reported.

Eli Lilly has said it expects to have enough to treat 1 million people by the end of the year, not nearly enough to curb a virus that is now infecting an average of over 111,000 people a day in the United States, the Times reported.

“It’s kind of the best times for these therapies to enter, because they can have an impact,” said Dr. Walid Gellad, who leads the Center for Pharmaceutical Policy and Prescribing at the University of Pittsburgh. “It’s also the worst time because we don’t have enough doses, and it’s going to add to the backlog of testing.”

By Thursday, the U.S. coronavirus case count passed 10.4 million while the death toll passed 241,600, according to a Times tally.

Things are no better in India, where the coronavirus case count is nearing 8.7 million, a Johns Hopkins tally showed.

More than 128,000 coronavirus patients have died in India, according to the Hopkins tally, but when measured as a proportion of the population, the country has had far fewer deaths than many others. Doctors say this reflects India’s younger and leaner population.

Meanwhile, Brazil passed 5.7 million cases and had over 163,000 deaths as of Thursday, the Hopkins tally showed.

France has surpassed Russia with a case count of over 1.9 million on Thursday, and more than 42,500 deaths. Russia’s coronavirus case count has passed 1.8 million.

Worldwide, the number of reported infections passed 52.2 million on Thursday, with nearly 1.3 million deaths, according to the Hopkins tally.