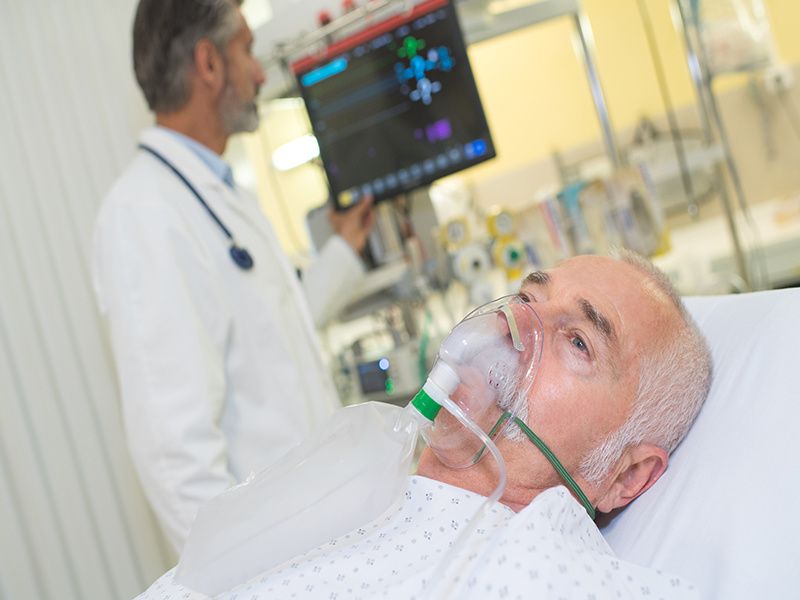 Reinfection with COVID-19 in people who’ve already had the illness is very rare, and most people are protected against reinfection for at least six months, a new report finds. However, immunity appears to drop sharply in those aged 65 and older, researchers found.

Reporting Wednesday in The Lancet, a team of Danish scientists looked at reinfection rates among 4 million people during the second surge of COVID-19 — from September through Dec. 31 — and compared this to infection rates during the first surge between March and May.

The older age group had only about 47% protection against repeat infection, compared to younger people who seemed to have about 80% protection from reinfection, the team discovered. Less than 1% of those under 65 were reinfected, while 3.6% of people 65 and older suffered a second bout of COVID-19.

The finding does not come as a complete surprise, since people’s immune systems weaken as they age.

“Given what is at stake, the results emphasize how important it is that people adhere to measures implemented to keep themselves and others safe, even if they have already had COVID-19,” study co-author Dr. Steen Ethelberg, of the Statens Serum Institut in Denmark, said in a journal news release.

“The take away is that the elderly must continue to practice mitigation measures such as wearing masks and social distancing — along with getting vaccinated — even if they have been previously diagnosed with COVID-19,” said Dr. Robert Glatter, an emergency physician who’s cared for many patients with the illness

“Rapid vaccination is our single best weapon against the continued spread of COVID-19,” said Glatter, who practices at Lenox Hill Hospital in New York City.

Dr. Amesh Adalja is an infectious disease specialist and senior scholar at the Johns Hopkins Center for Health Security in Baltimore. He said that second bouts of COVID-19 might not turn out to be as severe as a first encounter, at least.

“We’ve known that with other coronaviruses, reinfection is common after a several months-long period of time — which appears to be the case with SARS-CoV-2 as well — and they are are generally mild,” he said. “It is important to know what severity of clinical symptoms and level of contagiousness these rare re-infections are associated with.”

In a commentary that accompanied the study, immunologists Dr. Rosemary Boyton and Daniel Altmann, of Imperial College London, called the variation in reinfection rates “relatively alarming.”

“Only 80% protection from reinfection in general, decreasing to 47% in people aged 65 years and older, are more concerning figures than offered by previous studies,” they wrote.”These data are all confirmation, if it were needed, that for SARS-CoV-2 the hope of protective immunity through natural infections might not be within our reach and a global vaccination program with high-efficacy vaccines is the enduring solution.”

Edwards noted that, “There’s a reason why people over 60 have to get extra vaccines to boost their immunity to various infections, because we know that the immune system starts waning in later life.”

One reassuring thing about the mRNA vaccines from Pfizer and Moderna is that the vaccines do seem to overcome some of the immunity concerns among older people because they produce such robust protection.

A limitation of the study is that it looked at infections before there were a lot of the variants in circulation, so it’s unclear what impact that could have on future reinfection rates. That’s something scientists will have to look at going forward.

“With the rise of variants, especially B117, which is not only more infectious but deadly, we must continue to vaccinate as fast as possible in order to prevent them from becoming dominant,” Glatter said.

States are rapidly expanding eligibility for coronavirus vaccines as they race to meet President Joe Biden’s deadline to have shots for all American adults by May 1.

At the beginning of the vaccine rollout, COVID-19 vaccines were available only to the most vulnerable Americans and some essential workers. Now, three states — Maine, Virginia and Wisconsin — along with Washington, D.C., have said they will open eligibility to their general population by May 1, The New York Times reported. At least six other states — including Colorado, Connecticut, Ohio, Michigan, Montana and Utah — hope to do so this month or next. Meanwhile, anyone aged 16 or older can now get a vaccine In Mississippi and Alaska, while Arizona and Michigan have made the vaccines available to all adults in some counties, the Times reported.

With three coronavirus vaccines now in use, Biden has set a lofty goal that many states intend to reach.

Several have already been expanding eligibility for vaccinations. In Ohio, vaccines will open to anyone 40 and up as of Friday, and to more residents with certain medical conditions, the Times reported. Indiana extended access to people 45 and older, effective immediately.

Coloradans age 50 and up will be eligible for a shot on Friday, along with anyone 16 years and older with certain medical conditions, the Times reported. And Wisconsin said on Tuesday that residents aged 16 and up with certain medical conditions would be eligible a week earlier than initially planned. On Monday, Texans age 50 and older and Georgians over 55 became eligible for vaccines.

In New York, residents aged 60 and older are eligible to receive a vaccine, and more frontline workers will become eligible on Wednesday, including government employees, building services workers and employees of nonprofit groups. Gov. Andrew Cuomo has yet to announce how or when the state will open eligibility to all adults.

Since vaccinations began in December, the federal government has delivered more than 147.6 million vaccine doses to states and territories, and more than 77 percent have been administered, according to the latest figures from the U.S. Centers for Disease Control and Prevention. The country is averaging about 2.4 million shots a day, compared with well under 1 million a day in January, the Times said.

As of Thursday, 65.4 percent of the country’s seniors had received at least one vaccine dose, with 37.6 percent fully vaccinated.

At the same time, coronavirus cases, deaths and hospitalizations are significantly down from the peak levels reported in January, the Times reported. But progress has slowed noticeably since the beginning of March, with continued drops in some states offset by persistent outbreaks in other parts of the country, especially the Northeast.

The Biden Administration is deliberating on a nationwide face mask standard for workplaces, although it has already missed its own deadline for a decision.

On Jan. 21, Biden told the Labor Department’s Occupational Safety and Health Administration (OSHA) to determine by March 15, if such a standard is needed, CBS News reported.

The last time an emergency standard was used was in 1983 to limit asbestos exposure in the workplace, according to the Congressional Research Service. The rule was eventually struck down in court.

Without a nationwide standard so far during the pandemic, several states have enacted their own standards, CBS News reported.

Dr. David Michaels, a former assistant secretary of labor for OSHA who served on Biden’s presidential transition team, explained to CBS News the technical aspects of any emergency temporary standard must be balanced with the urgent need to protect workers from the spread of COVID-19.

“The Occupational Safety and Health Administration has been working diligently, as appropriate, to consider what standards may be necessary, and is taking the time to get this right,” a Labor Department spokesperson told CBS News on Monday. This official did not offer any timeline for their decision.

In Brazil, the coronavirus case count was nearly 11.7 million by Thursday, with nearly 283,000 deaths, a Johns Hopkins University tally showed. India had nearly 11.5 million cases and over 159,000 deaths as of Thursday, the Hopkins tally showed.

Worldwide, the number of reported infections passed 121 million on Thursday, with nearly 2.7 million deaths recorded, according to the Hopkins tally.

By clicking “Submit,” I agree to the MedicineNet Terms and Conditions and Privacy Policy. I also agree to receive emails from MedicineNet and I understand that I may opt out of MedicineNet subscriptions at any time.