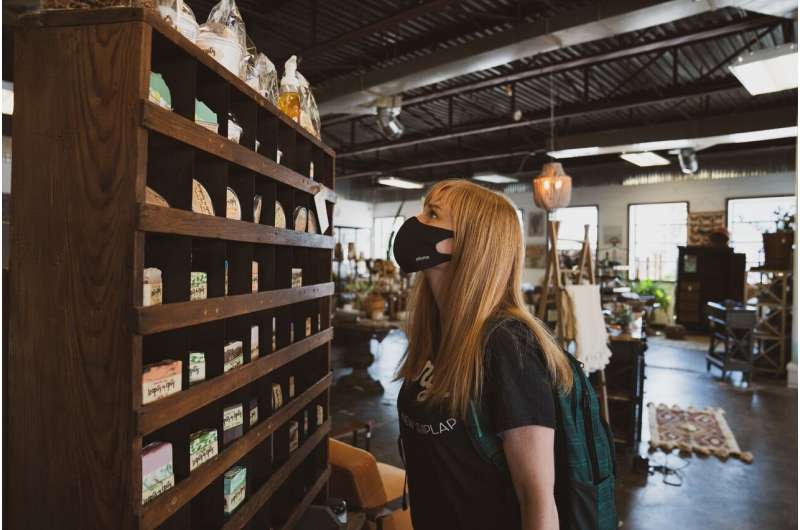 As the United States nears the grim milestone of half a million lives lost to COVID-19, it seems almost impossible to believe that an American company would bar its workers from wearing protective masks.

But it happened as recently as last March, when a major supermarket chain in Florida prohibited its employees from wearing masks, even as the virus—accompanied by a mounting sense of terror—was spreading around the world.

At the time, 70-year-old Gerardo Gutierrez was working in a Publix grocery store in Miami Beach.

He died in late April, having contracted the coronavirus during the horrendous month of March, when residents of Italy—stunned by the disease’s deadly spread—entered a nationwide lockdown and when the daily death toll in the United States was still in the hundreds, not thousands.

“We were all in a panic,” said his daughter Ariane, the oldest of four siblings and the plaintiff in a wrongful-death suit against Publix.

The suit alleges that Gutierrez worked on the deli counter alongside a woman employee who coughed and had other symptoms of the virus—and later tested positive—but Publix prohibited mask-wearing by its employees, fearing this would frighten customers.

“The result of it was, you know, my father passed away,” his daughter told AFP at her home in Miami Beach.

“He had been going into work every day without any sort of mask or gloves—and he was not allowed to have them.”

On March 23, Miami Beach became the first city in Florida to order a lockdown and close its beaches.

But Publix waited until the first week of April before allowing its employees—on a voluntary basis—to wear protective masks, according to the lawsuit.

That change came too late for Gutierrez, who was already seriously ill.

He was hospitalized on April 10, and 18 days later, his family and friends were saying their goodbyes over Zoom. He died that day.

“He loved to swim. He was active, he was very vital. He could have lived many more years,” Ariane Gutierrez said, sharing iPhone photos of her father with visitors.

Two weeks ago, a judge rejected a plea by the supermarket chain to deal with the complaint as a workers’ compensation claim, not a lawsuit.

Maria Brous, the Publix spokeswoman, did not respond to an AFP request for comment. The chain has more than 800 stores in Florida and hundreds more across the region.

Similar lawsuits elsewhere have faced a steep challenge, owing partly to the difficulty of proving the disease was contracted at work.

The messages coming out at the time about the new disease were confusing.

In early March 2020, Miami Beach was still in the middle of its peak tourist season—a time when students from across the country, on spring break, flood onto the local beaches to celebrate as if there were no tomorrow.

Much was made over how dangerous the uninhibited party scene there was at a time when a lot of the country was beginning to practice social distancing.

“It took a while for people to really just pay attention,” said Ariane Gutierrez. “And we’re still not over the hump.”

That month, businesses were beginning to close, store shelves were being emptied, and there was a dangerous shortage of masks.

But public health officials decided not to recommend their use, to ensure that medical workers received sufficient supplies.

“The messaging at the beginning of the pandemic, doubts about the masks, that was a big strategic mistake,” Purnima Madhivanan, a University of Arizona epidemiologist, told AFP. “That kind of mixed messaging really throws people off.

“We’re still paying for it. Masks are critical.”

Most troubling for health officials and scientists, mask-wearing took on a political tinge as then-president Donald Trump refused for months to wear one and sometimes mocked those who did.

One lesson from this episode, the Arizona expert said, is that science is only as good as the messenger communicating it.

And that explains Americans’ ambivalent attitudes toward mask-wearing.

Thus, a University of Southern California study in January found that while a large majority (80 to 90 percent) of Americans believed that masks provide effective protection against COVID-19, only half used them regularly.

That shows that “knowledge does not necessarily convert into a behavior,” Madhivanan said.

People originally believed that warmer temperatures would kill the virus, that shopping bags needed to be disinfected, that race was a factor—it turns out the real factor was inequality—and as a result, many people, including Gerardo Gutierrez, paid a heavy price.

Some things have changed (who still disinfects their cans of tomatoes?), but other practices—notably mask-wearing—need to be “normalized” in the United States as they are in Asian countries, Madhivanan said.

The result: “We are going to have to live with COVID.”

“There is never going to be a time when you can say you don’t have COVID anymore,” the epidemiologist said.

“We just have to learn how to manage it, just like influenza.”

Citation:
COVID’s rough road in US began with some barred from wearing masks (2021, February 22)
retrieved 22 February 2021
from https://medicalxpress.com/news/2021-02-covid-rough-road-began-barred.html