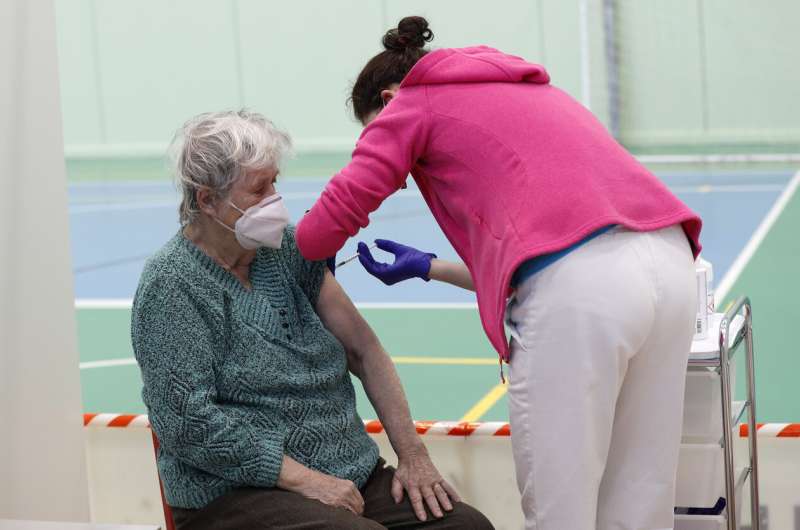 With new infections soaring due to a highly contagious coronavirus variant and hospitals filling up, one of the hardest-hit countries in the European Union is facing the inevitable: the tightest lockdown since the start of the pandemic.

The Czech Republic’s Prime Minister Andrej Babis said Friday the new series of measures is necessary “to protect the lives of our citizens.”

“We have to do it prevent a total collapse of our hospitals,” Babis said. “If we don’t do it, the whole world will watch Bergamo in the Czech Republic.”

He acknowledged his government made mistakes in dealing with the pandemic in the past but called on the Czechs to abide by the rules that are becoming effective on Monday for three weeks with a goal “to stop the virus and return to normalcy.”

Among the strictest restrictions, the government is set to limit free movement of people by not allowing them to travel to other counties unless the go to work or have to take care about their relatives.

“If it’s possible, stay at home,” Interior Minister Jan Hamacek said. Hamacek said the measure will be enforced by police and military forces.

If people go out for sports or just a walk, they should not leave their municipality.

Further measures include the closure of nursery schools and schools for children with disabilities that until now have remained open.

Also, only the stores with essential goods will remain open.

“It’s not the best timing, it is in fact late,” Jan Konvalinka, a biochemist and vice-rector of Prague’s Charles University, told Czech public radio. “But better late than never, we have to stop it somehow.”

Konvalinka is a member of a group of scientists who have urged the government to immediately apply strict restrictions to reduce the number of new daily infections to 1,000 confirmed cases. It was 14,457 on Thursday, some 2,750 more than a week earlier.

Health Minister Jan Blatny said the new cases might likely surge to some 20,000 a day in next week before the new measures make an impact.

Blatny said people will have to wear face coverings outdoor in towns and cities all the time and also at work.

Amid a surge of the variant first identified in the U.K., of the 7,176 COVID-19 patients in Czech hospitals on Thursday, a record 1,531 needed intensive care.

Another potentially dangerous variant first detected in South Africa has also been confirmed in the country this week.

To help the struggling health system and prevent a collapse, the government has been discussing with Germany and Poland an option to send Czech COVID-19 patients to their hospitals for treatment as the local clinics are reaching their limits.

The seven-day rolling average of daily new cases has risen over the past two weeks from 68.83 new cases per 100,000 people on Feb. 11 to 99.94 on Thursday, the worst per-capita rate in the world, according to Johns Hopkins University.

In an attempt to boost the vaccination program, the Czech Republic has approached EU nations and others asking them for vaccines for which they don’t have immediate use.

Babis said France has agreed to send 100,000 doses by the middle of March. Some 5,000 Moderna doses have been donated by Israel, a close ally.

The Czechs had administered 623,820 shots by Thursday.

The government will also start to require mass of employees in companies and extend the required quarantine from 10 to 14 days to address the specifics of the new variants that are more infectious.