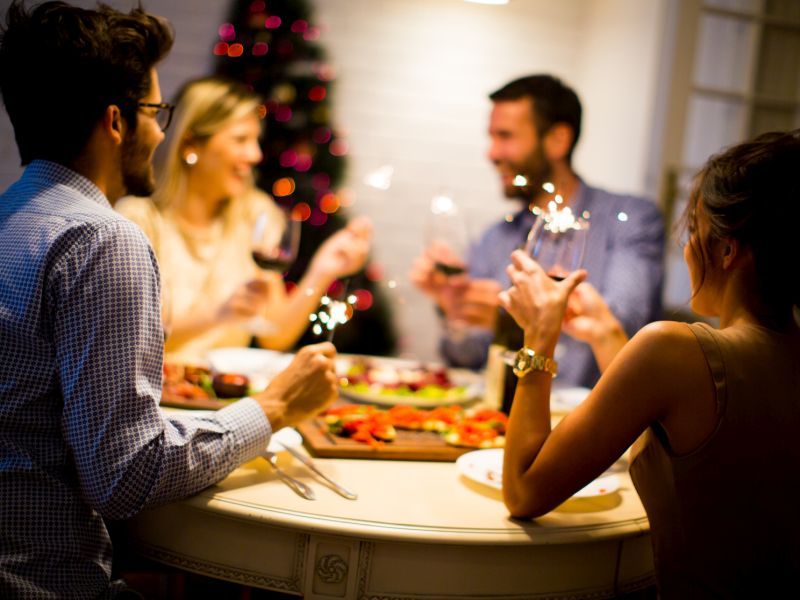 FRIDAY, Nov. 13, 2020 (HealthDay News) – More than 160,000 new coronavirus cases were reported in the United States on Thursday, yet another record-shattering tally that public health officials say is being driven largely by small gatherings such as dinner parties, game nights and sleepovers.

Earlier clusters were linked to nursing homes and crowded nightclubs, but experts pin this latest surge on pandemic fatigue and a widening of social bubbles, the Washington Post reported. That kind of spread is particularly tough to police or track, and it will likely get worse as the holidays near and the weather turns cold, experts added.

As a result, the pandemic has risen to crisis levels in much of the nation, especially the Midwest, The New York Times reported. More than 100,000 coronavirus cases have been announced nationwide every day since Nov. 4, and six of the last nine days have broken the previous record, the newspaper said. Hospitalizations also set a record on Thursday, climbing to 67,096. It was the third straight day of record numbers, and the figure has doubled in just five weeks, the newspaper reported. Deaths are also climbing, with more than 1,000 on average each day.

Case numbers are surging in 46 states and holding steady in four, the Times reported. Thirty-one states — from Alaska and Idaho in the West to Connecticut and New Hampshire in the East — added more cases in the seven-day period ending Wednesday than in any other week of the pandemic.

The outlook is particularly bleak in the Great Lakes region: Pennsylvania, Indiana and Minnesota all exceeded their previous single-day records on Thursday by more than 1,000 cases, the Times said.

Ohio has also seen hospitalizations soar to record levels, while Wisconsin surpassed 300,000 known cases this week, an increase of more than 130,000 in just a month. “Covid-19 is everywhere in our state: It is bad everywhere, and it is getting worse everywhere,” said Julie Willems Van Dijk, deputy secretary of the Wisconsin Department of Health Services, told the Times.

In Illinois, Chicago Mayor Lori Lightfoot announced new restrictions on gatherings Thursday, limiting them to 10 people whether inside or outside, and issued a non-binding “stay-at-home advisory,” the Times reported. City leaders warned that the city’s hospitals could soon be overwhelmed, but patience with coronavirus restrictions has already worn thin in parts of the state.

Mayor Richard Irvin of Aurora, the state’s second-largest city, isn’t sure the public will accept new restrictions, the Times reported.

“I would say morale is extremely low,” said Irvin. “I think people — many people, I wouldn’t say all — are to the point where they don’t necessarily care anymore.”

Eli Lilly’s experimental antibody treatment for COVID-19 was given emergency approval by the U.S. and Food Administration this week.

The FDA’s approval of the antibody treatment, called bamlanivimib, is solely for people newly infected with coronavirus, and the agency warned that it should not be used in hospital patients, the Times reported. Instead, the treatment should be given as soon as possible after a positive test, and within 10 days of developing symptoms. It is geared toward people who are at risk for developing severe COVID-19 or for being hospitalized for the condition. That includes people who are over 65 and who are obese, the FDA said.

In early studies, researchers have found those groups benefit the most from the treatment. In October, the company announced that it had reached a $375 million deal to sell 300,000 doses of the treatment to the U.S. government. Eli Lilly said Monday that it will begin shipping the treatment immediately to AmerisourceBergen, a national distributor, which will then distribute it on behalf of the federal government, the Times reported.

The treatment consists of a single powerful antibody that is believed to keep the infection in check. It is similar to the treatment that President Trump received, made by the biotech company Regeneron, which is a cocktail of two antibodies. Regeneron has also applied for emergency authorization, the Times reported.

Eli Lilly has said it expects to have enough to treat 1 million people by the end of the year, not nearly enough to curb a virus that is now infecting an average of over 111,000 people a day in the United States, the Times reported.

“It’s kind of the best times for these therapies to enter, because they can have an impact,” said Dr. Walid Gellad, who leads the Center for Pharmaceutical Policy and Prescribing at the University of Pittsburgh. “It’s also the worst time because we don’t have enough doses, and it’s going to add to the backlog of testing.”

Things are no better in India, where the coronavirus case count has passed 8.7 million, a Johns Hopkins tally showed. More than 128,600 coronavirus patients have died in India, according to the Hopkins tally, but when measured as a proportion of the population, the country has had far fewer deaths than many others. Doctors say this reflects India’s younger and leaner population. Still, the country’s public health system is severely strained, and some sick patients cannot find hospital beds, the Times said. Only the United States has more coronavirus cases.

Meanwhile, Brazil neared 5.8 million cases and had over 164,000 deaths as of Friday, the Hopkins tally showed.

France has surpassed Russia with a case count of over 1.9 million on Friday, and more than 42,600 deaths. Russia’s coronavirus case count has passed 1.8 million.

Worldwide, the number of reported infections passed 52.8 million on Friday, with nearly 1.3 million deaths, according to the Hopkins tally.