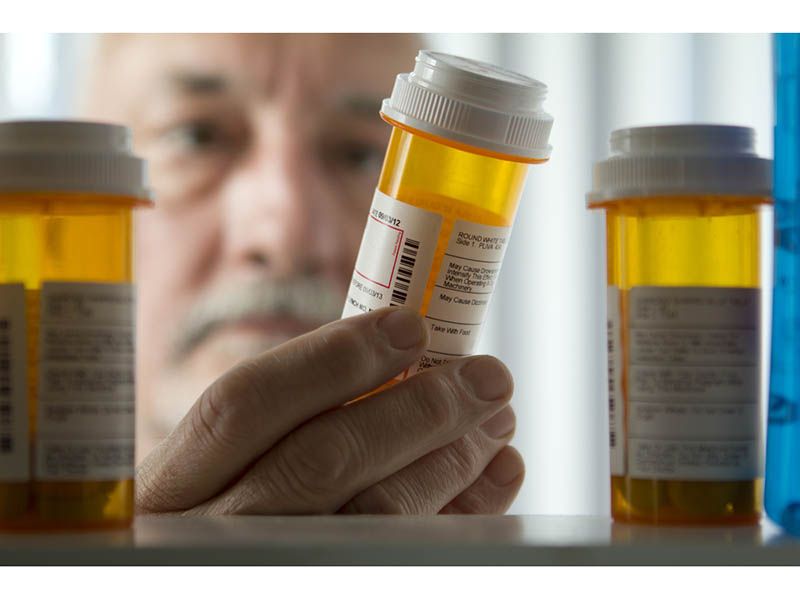 Does high-strength fish oil help the heart or doesn’t it?

Prior research into a prescription medicine derived from fish called Vascepa, announced earlier this year, suggested it might be of real value for heart patients.

But the results from a trial of another such drug called Epanova, released Sunday, are disappointing: Researchers found no benefit from taking the medicine for a wide range of heart health outcomes, compared to taking a placebo pill containing only corn oil.

“Many people continue to take fish oil supplements to prevent heart disease. However, the fish oil medication we tested in the [new] trial was not effective for that purpose,” co-researcher Dr. A. Michael Lincoff said in a news release from the American Heart Association.

He’s vice chairman for research in the department of cardiovascular medicine at the Cleveland Clinic’s Heart, Vascular and Thoracic Institute.

The research was presented Sunday at the AHA’s virtual annual meeting. It was also published simultaneously in the Journal of the American Medical Association.

The new study was funded by AstraZeneca, which makes Epanova. AstraZeneca announced Friday that it was halting the phase III trial, based on disappointing results.

The conflicting results from trials of the two different prescription-strength medicines, Vascepa and Epanova, throws confusion on whether or not heart patients really benefit from the nutrient.

“The question of whether omega-3 fatty acids improve health is important to patients, physicians, and the health care system,” noted Dr. Gregory Curfman, who penned an editorial on the trial. “Even in the COVID-19 era, cardiovascular disease is the leading cause of death in the U.S.”

“Given the current uncertain state of knowledge, neither patients nor physicians can be confident that omega-3 fatty acids have any health benefits ,” he said.

That probably won’t stop Americans from buying the supplements: “In 2019, the global market for omega-3 fatty acids reached $4.1 billion and is expected to double by 2025,” Curfman noted.

More than 13,000 patients, treated at centers around the world, were given either Epanova or a placebo pill containing corn oil. All patients had conditions putting them at at “high cardiovascular risk.” For example, they were being treated with cholesterol-lowering statins and had either blockages of the coronary arteries, or arteries in the brain or legs, or were at risk for heart disease because of conditions such as diabetes or lifestyle risk factors like smoking.

Enrollment into the trial began in 2014. The trial was terminated in January of 2020, Lincoff’s group said.

Over that period of time, over 1,600 patients experienced some kind of cardiac event . But the use of Epanova did not decrease deaths from heart disease, heart attack, stroke, the need for stents or bypass surgery, or being hospitalized for angina. There was even one downside to the treatment: Researchers say that use of the prescription-strength fish oil appeared tied to a rise in the risk for the common abnormal heart rhythm called atrial fibrillation.

But if Epanova appears to confer no benefit, why did heart patients given another omega-3 prescription drug, Vascepa, seemingly get a health boost?

According to Curfman, the answer may lie in trial design.

Vascepa contains a form of purified EPA known as icosapent ethyl. The clinical trial which appeared to validate Vascepa’s effectiveness lasted 5 years. Researchers found that use of the drug was tied to a 25% reduction in a variety of cardiac events when compared to placebo — in this case, mineral oil.

“Why did these 2 high-quality clinical trials, both using the same high dose of omega-3 fatty acids, come to opposite conclusions?,” Curfman asked.

There is some evidence that mineral oil can boost levels of LDL ‘bad” cholesterol, Curfman noted.

But right now, the theory that the choice of placebo influenced the Vascepa trial results has not been tested, he stressed.

“Only a new clinical trial of icosapent ethyl versus corn oil would settle the question definitively, but this is unlikely to be undertaken” by private industry, Curfman said.

Therefore, he added, “the FDA should require a post-marketing clinical trial of high-dose icosapent ethyl versus corn oil in patients at risk for cardiovascular events.”

There’s more about the benefits of fish oil supplements at the American Heart Association.