Epilepsy Meds During Pregnancy May Raise Autism Risk in Child

Epilepsy Meds During Pregnancy May Raise Autism Risk in Child 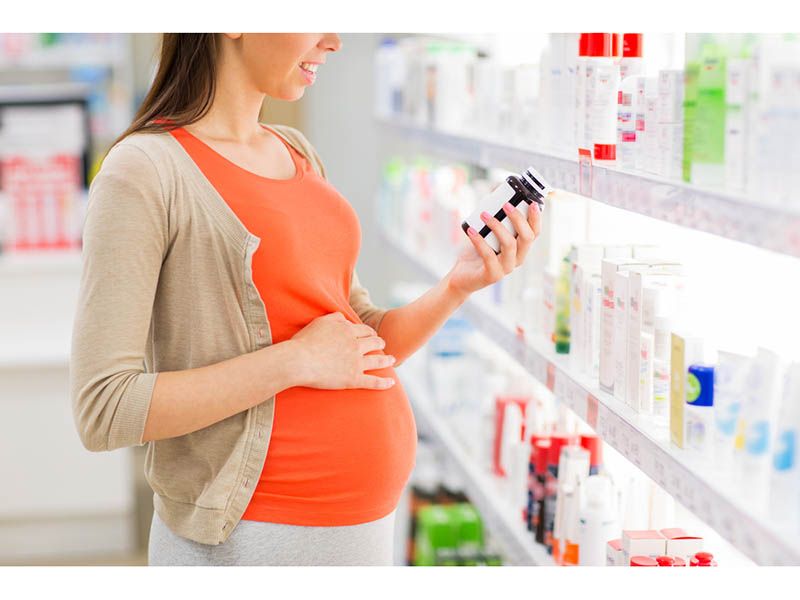 Women who take the epilepsy medication valproic acid during pregnancy have more than twice the risk of having a child with autism, new research suggests.

“These women are in a bind. Valproic acid is a first-line drug for epilepsy, and having uncontrolled epilepsy is also a risk to mom and baby. We’re not trying to point a finger at valproic acid, but we did see these associations,” said study author Kelsey Wiggs. She’s a doctoral candidate in the department of psychological and brain sciences at Indiana University in Bloomington.

Wiggs noted that the study wasn’t designed to prove cause-and-effect relationships, only associations.

She added that the study is important because of the associations it didn’t find, as well.

“We didn’t find an association with the antiseizure medications lamotrigine and carbamazepine,” Wiggs said.

Between three and seven women out of every 1,000 pregnant women have epilepsy — a seizure disorder. The main treatment for epilepsy is antiseizure medications, according to background information in the study. But valproic acid has been linked to a higher risk of birth defects and lower cognitive test scores (IQ and other tests), according to the U.S. Food and Drug Administration.

The drug has also been associated with a higher risk of ADHD and autism in smaller studies, the researchers noted.

The latest study included nearly 15,000 children who were born to women with epilepsy between 1996 and 2011. Nearly one in four of the mothers took antiseizure medication during their first trimester of pregnancy.

Of those who were exposed to valproic acid in pregnancy, 36 developed autism by the age of 10. There were just over 11,000 kids who weren’t exposed to any antiseizure medication. Just 154 of them were diagnosed with autism.

Fifty-four of the kids exposed to valproic acid developed ADHD by 10. In those with no exposure to the drugs, 251 out of 11,000 were diagnosed with ADHD, the study authors said.

Wiggs said it’s not clear how valproic acid exposure might trigger autism or ADHD. She said that the medication is associated with the increased metabolism of the nutrient folate. Folate is important in the development of nervous system cells, so it’s possible that may play a role.

Dr. Steven Pacia, vice chair of neurology at North Shore University Hospital in Manhasset, N.Y., said that folate might be one factor, but he suspects there are likely multiple reasons why this medication is associated with higher rates of autism and ADHD.

Pacia said this study is the largest to link valproic acid to autism and ADHD, but that the drug was already known to be associated with birth defects and learning disabilities.

“Most neurologists already try to avoid valproic acid in women who want to get pregnant. But sometimes you can’t control seizures with any other drug. Then, you try to reduce the dose of the drug as much as possible. And, the majority of women taking valproic acid will have a normal child,” he said. What Is Epilepsy? Symptoms, Causes, and Treatments
See Slideshow

The key, Pacia said, is planning. Work with your epilepsy doctor to change medications when possible, or get on the lowest safe dose of valproic acid, especially in the first trimester. He said most obstetricians will get women on a prenatal vitamin with plenty of folate. Pacia also recommended getting more sleep and trying to reduce your stress levels.

Like Wiggs, Pacia also pointed out the positive news from the study was that the other antiseizure drugs weren’t linked to autism or ADHD.

The findings were published online Oct. 28 in the journal Neurology.

To read more about pregnancy in women who have epilepsy, visit the Epilepsy Foundation.