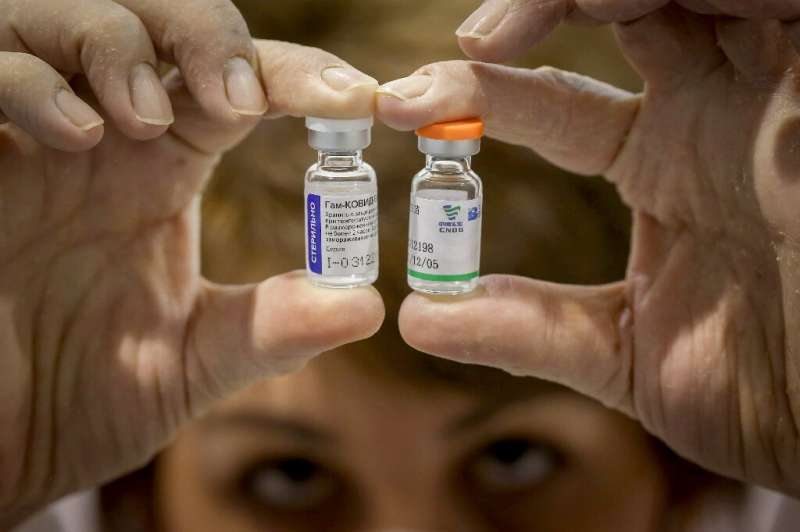 Final-stage trial results published on Tuesday placed Russia’s Sputnik V coronavirus vaccine on a par with its Western rivals, as German Chancellor Angela Merkel voiced openness to its use in the European Union once it receives the regulatory nod.

Sputnik V, which has already been rolled out in Russia and several other countries, was found to be 91.6 percent effective against symptomatic Covid-19 cases in trial results published by The Lancet, a leading medical journal.

“There are no arguments left for critics of this vaccine, the article in The Lancet is a checkmate,” said Kirill Dmitriev, head of the Russian Direct Investment Fund (RDIF), which was part of Sputnik V’s development.

German Chancellor Angela Merkel, responding to the report, said all vaccines “are welcome” in the EU, which is facing growing anger over a sluggish start to its inoculation campaign.

EU chief Ursula von der Leyen faces the deepest political crisis of her EU career so far, with politicians and citizens across the bloc voicing frustration over vaccination rates falling behind those in the US, UK and Israel.

Admitting to some missteps, von der Leyen told the French newspaper Le Monde: “When you take urgent decisions, and in this year of crisis we’ve taken around 900, there’s always the chance of missing something.”

Von der Leyen and European leaders have been embroiled in several overlapping rows, particularly with drug firm AstraZeneca over its failure to supply enough doses and a lack of evidence of its efficacy for the over-65s.

Europe’s disagreements with the firm were further underlined on Tuesday when both Sweden and France recommended AstraZeneca’s jab be given only to under-65s.

Meanwhile, the number of vaccinations administered worldwide passed 100 million, but none of the world’s 29 poorest countries has formally started mass inoculations.

The richest nations—despite the finger-pointing over delivery delays—have provided more than two-thirds of the jabs administered so far.

However in the United States, a study found that access to jabs among black Americans was disproportionately low.

Israel, whose vaccination rollout is widely described as the world’s fastest per capita, has come under mounting global pressure to facilitate access to jabs in the occupied Palestinian territories.

On Tuesday, the Palestinian Authority began vaccinating health workers in the West Bank, and health minister Mai al-Kaila said a supply of doses would be sent to frontline workers in the Gaza Strip on Wednesday.

Inoculation drives have yet to begin in some wealthy countries including Japan, South Korea and Australia, which have broadly managed to contain the pandemic with strict border controls and quarantines.

Japan, where the summer Olympics are set to begin in July, has yet to even approve a vaccine and is not expected to start inoculating its population until late February at the earliest.

On Tuesday, the government approved a one-month extension of its coronavirus state of emergency until March 7, prolonging measures including widespread teleworking and 8:00 pm bar and restaurant closures.

But the Tokyo 2020 president Yoshiro Mori insisted that the Olympics will go ahead this summer “however the coronavirus evolves”.

New research meanwhile has provided reason for optimism over the handling of a disease that has killed more than 2.2 million.

A large-scale meta-analysis of overall mortality of Covid-19 patients in intensive care units (ICUs) around the world, published in the journal Anaesthesia, found that it had fallen to 36 percent by October.

The authors said that hospitals now know much more about what works—and what does not.

In particular, medics now can use steroids like dexamethasone to improve the survival chances patients on oxygen support.

But with several new variants of the coronavirus emerging in the months since the end of their analysis, the authors said ICUs may come under further pressure.

Nigeria said on Tuesday it had detected six new cases of the British variant, which has been found in more than 60 nations.

Coronavirus first emerged in the Chinese city of Wuhan more than a year ago, and a World Health Organization (WHO) team is now in the city trying to probe its origins, with one member saying the inquiry was going “very well”.

The probe has been hit with delays and weighed down by political baggage, with China attempting to scupper it until the last minute.

A further reminder of the enduring danger of the virus came on Tuesday in Britain, where the death was announced of Captain Sir Tom Moore, a World War II veteran who raised a record-breaking $45 million for healthcare charities last year.

He died of Covid aged 100, prompting a huge outpouring of grief and tributes from the White House, the United Nations and Queen Elizabeth II, among others.

Prime Minister Boris Johnson said he was “not just a national inspiration but a beacon of hope for the world” and “a hero in the truest sense of the word”. 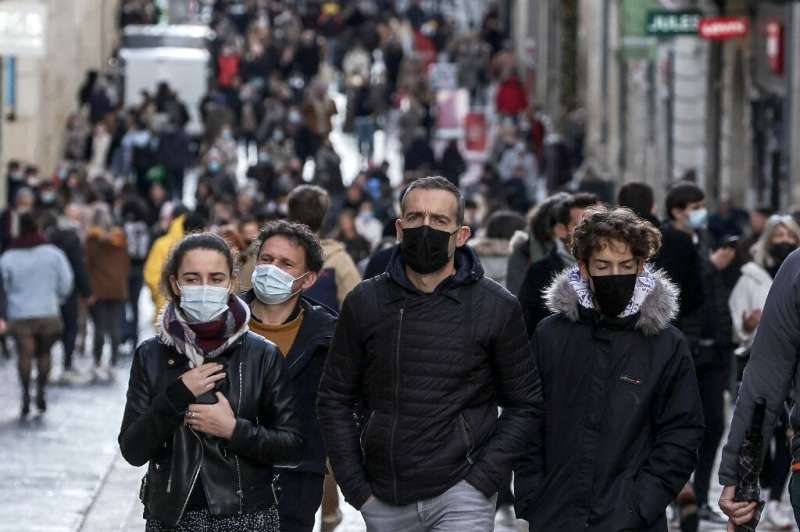