Even in Moderate Cases, COVID-19 Is Causing Long-Term Neurological Harm

Even in Moderate Cases, COVID-19 Is Causing Long-Term Neurological Harm 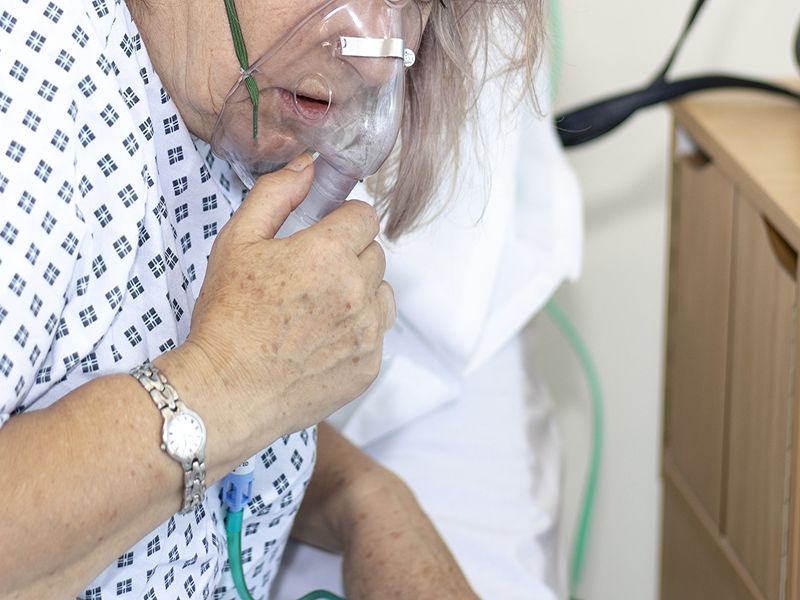 COVID-19 can cause a wide range of neurological complications, even in patients who are not critically ill, a new study shows.

Since the start of the pandemic, it’s become clear that infection with SARS-CoV-2 can affect organ systems throughout the body. That includes problems affecting the brain and nervous system — ranging from altered mental states to seizures to strokes.

In the new study, researchers found that among COVID patients at their safety-net hospital, neurological complications ran the gamut. And they were even seen in people who were more moderately ill with the infection.

Safety-net hospitals are obligated, by mandate or mission, to treat people regardless of their ability to pay. So they typically have a large share of patients who are low-income, minority and either uninsured or on Medicaid.

Those Americans have also been among the hardest-hit by the COVID pandemic.

It’s unclear at this point whether Black or Hispanic Americans are at increased risk of neurologic complications, according to lead researcher Dr. Pria Anand, from Boston Medical Center.

But it’s important to document how the complications are showing up in hospitals serving low-income and minority patients, she said.

Anand and her colleagues studied the records of more than 900 COVID patients treated at their hospital between April 15 and July 1. Of that group, 74 needed a neurological consult or admission.

Overall, 18 patients suffered a stroke, 15 had seizures, and 26 were diagnosed with encephalopathy — a broad term for brain dysfunction, including confusion and delirium.

Some other patients developed nerve damage or movement problems. They included five with myoclonus, where muscles twitch or jerk involuntarily.

One patient showed signs of autoimmune encephalitis, a rare condition where the immune system attacks tissue in the spinal cord or brain, causing inflammation. The patient improved after treatment with anti-inflammatory corticosteroids.

In general, neurological complications of COVID seem to fall into a few different “buckets,” said Anand, who is also an assistant professor at Boston University School of Medicine.

Some problems, she said, are related to an overactive immune response — such as Guillain-Barre syndrome, where the immune system attacks the body’s nerves.

In other cases, Anand said, complications arise simply because a patient is critically ill in the hospital, and sometimes on a ventilator.

COVID does affect the vascular system in some patients — making the blood more prone to clotting, for example. And that can be behind complications like stroke.

Finally, Anand said, it’s possible the virus itself invades the central nervous system in some patients. That’s sometimes seen with certain other viruses, she noted — such as herpes and cytomegalovirus.

The findings, published Dec. 9 in the journal Neurology Clinical Practice, are based on patients seen earlier in the pandemic.

At this point, doctors have learned more about managing COVID, in ways that can help prevent neurologic complications, said Dr. Aaron Glatt, a spokesperson for the Infectious Diseases Society of America.

That includes using medications like corticosteroids and remdesivir, and drugs to prevent blood clots.

Glatt pointed out that the patients in this study were a select group — those sick enough to require a neurological consult in the hospital. And of the 74 patients, 47 had a history of neurological conditions.

“This isn’t looking at all comers,” noted Glatt, who wasn’t part of the study.

That said, he also stressed that even people with milder COVID, who never enter the hospital, can have lasting neurologic symptoms. Doctors worldwide have been reporting seeing patients with lingering fatigue and what’s been dubbed “brain fog” — problems with memory, concentration and other mental skills.

“There’s a false sense of security among younger people, that COVID is only a risk to older people who end up in the hospital,” Glatt said.

Anand agreed that people should be aware that death is not the only bad outcome of COVID, and people can face difficult recoveries.

In her study group, 10 patients died in the hospital. And while most left the hospital, the majority were released to skilled nursing facilities or other care to continue their recovery.

“Even after you leave the hospital,” Anand said, “there can be a long road ahead.”

The Mayo Clinic has more on COVID’s long-term effects.