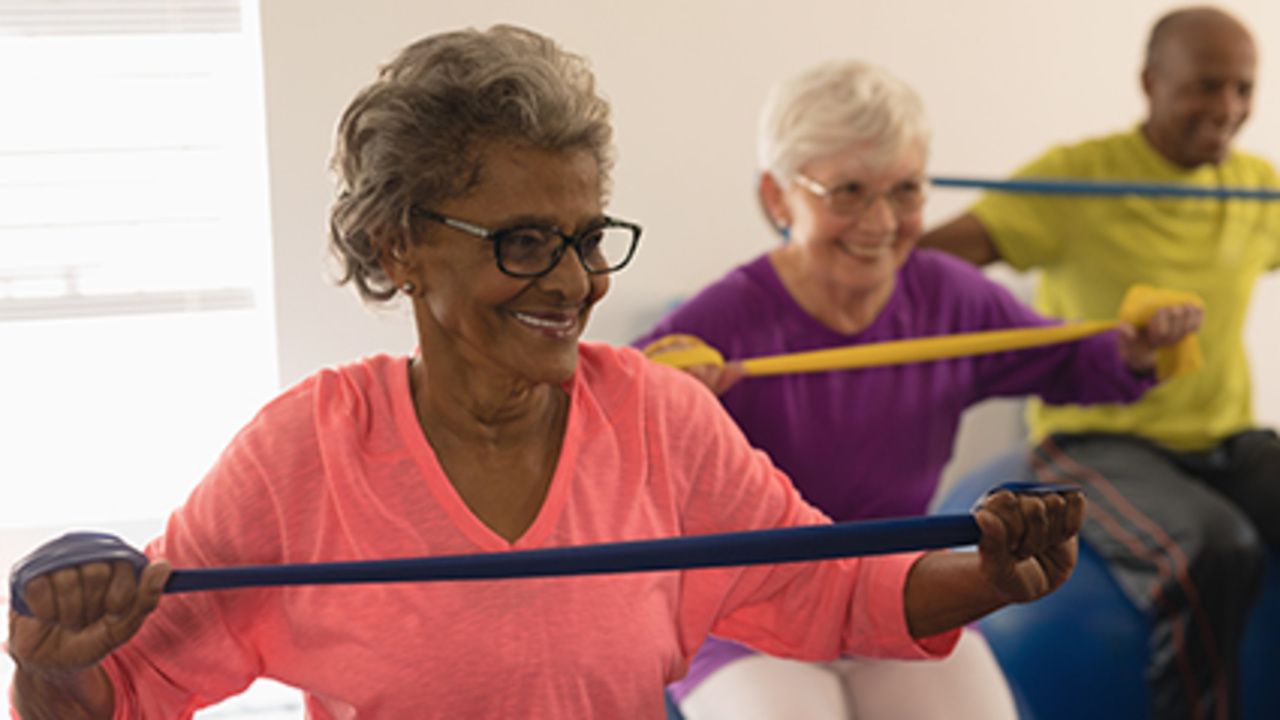 While the study was small, the researchers said it offers evidence of what’s intuitive: People recovering from a stroke benefit from regular, structured exercise.

Cardiac rehab programs have long been offered to people with heart disease. Yet insurance does not cover the therapy for stroke patients.

That’s partly because after a stroke, the emphasis is often on rehab for any disabilities a patient might have, said Elizabeth Regan, a clinical assistant professor of physical therapy at the University of South Carolina, in Columbia.

“We haven’t thought enough about the importance of cardiovascular endurance for stroke patients,” she said.

After a stroke, people are often in a deconditioned state, so working on fitness and muscle strength is vital. Beyond that, Regan said, exercise can help lower their risk of having another stroke.

Unfortunately, research shows that most stroke survivors do not exercise regularly.

Regan said that cardiac rehab, which includes supervised exercise, might help people gain the self-confidence they need to exercise on their own.

To study the question, she and her colleagues recruited two dozen stroke survivors. They ranged in age from 33 to 81, and had suffered their stroke anywhere from 3 months to 10 years prior.

All took part in a supervised program of 30 to 50 minutes of aerobic exercise, three times a week. That typically meant walking and using recumbent bikes and step machines.

After three months, the study found, the exercisers were fitter than when they began. They could walk farther on a 6-minute treadmill test, which is a measure of cardiovascular endurance. They also showed gains in lower-body strength.

The report was published online Jan. 27 in the Journal of the American Heart Association.

“There’s a short-sightedness in how we allocate resources,” said Schwamm, who is also executive vice-chairman of neurology at Massachusetts General Hospital, in Boston.

It’s true, he said, that many stroke patients need rehab for impairments in the short term, but others do not. And either way, Schwamm said, exercise therapy — and a broader focus on cardiovascular health — could do a lot of good for stroke patients in the long run.

He pointed out that many stroke sufferers ultimately die not of a repeat stroke, but of heart disease. Regular exercise might have an even bigger impact on those heart risks than on the risk of recurrent stroke, Schwamm suggested.

He and Regan noted that this study was small, and a starting point. It involved people who were “motivated” to be in an exercise program, Regan said, and more research is needed to see how well cardiac rehab works for people who are less enthusiastic.

The study did turn up more-nuanced benefits of cardiac rehab, beyond the fitness and strength measures. Some patients said they had more energy in their daily life, while others felt the program had spurred them to think more about their health and ways to “live the best life.”

Right now, Regan said, the problem is that even motivated stroke patients do not have ready access to cardiac rehab.

“It’s available,” Schwamm said, “but it’s not covered. So it would be very expensive.”

In the meantime, he suggested stroke survivors look into community exercise programs, such as those run by the heart association or the local Y.

Of course, in the midst of the pandemic, there are limits on in-person group exercise. But a regular, brisk walk is also a good bet, Regan said, adding you should talk to your doctor if you have questions about the activities you can do. Schwamm acknowledged that for people new to exercise, “it might not be enjoyable at first.”

“I’d try to reframe it,” he said. “Change it from ‘This is something I have to do,’ to ‘I have the power to do something. I was 50 years old and sedentary, and now I’m an exerciser.'”