Flu vaccination this season likely to be highest ever

Flu vaccination this season likely to be highest ever 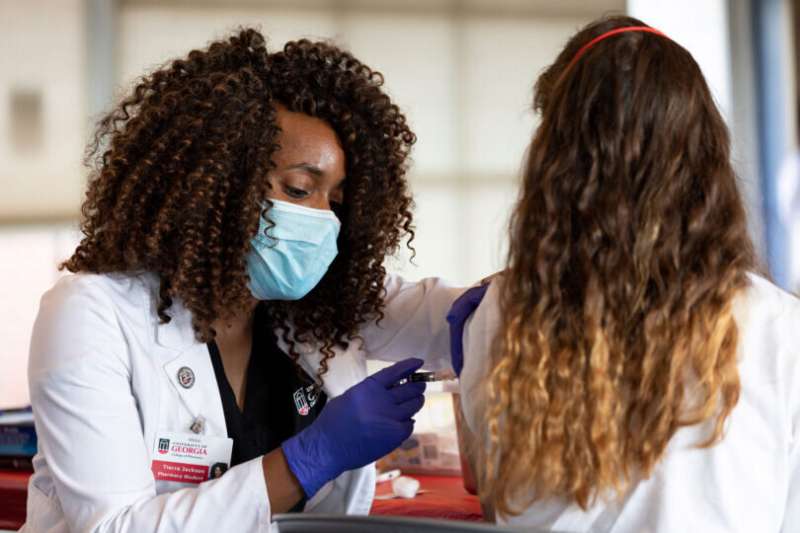 More U.S. adults reported receiving or planning to receive an influenza vaccination during the 2020-2021 flu season than ever before, according to findings from a national survey.

The survey was led by professor Glen Nowak, director of UGA’s Center for Health and Risk Communication in the Grady College of Journalism and Mass Communication, and associate professor Michael Cacciatore, CHRC research director. The respondents came from the National Opinion Research Center’s AmeriSpeak panel, which uses a prescreened, nationally representative pool of participants to obtain rapid and projectable survey findings.

“Our survey shows that most Americans have or planned to act on the advice to get a flu vaccination this season,” said Nowak. “Further, these results strongly suggest the U.S. will be crossing an important threshold this flu season, which is over half of U.S. adults getting a flu vaccination.”

The survey results indicate much of the increase in flu vaccine uptake is being driven by people 60 years old and older. A total of 61.5% said they had already received the influenza vaccine in December, with another 12% stating they “would definitely get it” and 5.8% stating they “would probably get it.”

Conversely, flu vaccination uptake and plans to get a flu vaccination were lowest for those 18-29 years old, those with some college or a high school education, and those with annual incomes less than $25,000. The survey found that 50.7% of those making more than $75,000 had already been vaccinated for the flu, while only 35% of those making less than $25,000 had been vaccinated.

“It was disappointing to see that significant differences by race, age, education and income persisted during a flu vaccination season that took place during a COVID pandemic,” Cacciatore said. “It’s important that we continue to learn more about why these disparities exist so we can take steps that will reduce them.”

“Overall, it is good news to find that many people, particularly those at highest risk for serious flu or COVID-19 illness, followed the advice to get the flu vaccine. Hopefully, we can sustain that level of success in the years ahead,” Nowak said. “It also remains worrisome to find much lower flu vaccination rates and intentions in so many groups. We continue to have much work to do among Hispanic and Black adults and those with lower income and years of formal education when it comes to flu vaccination.”

Citation:
Flu vaccination this season likely to be highest ever (2021, February 24)
retrieved 24 February 2021
from https://medicalxpress.com/news/2021-02-flu-vaccination-season-highest.html