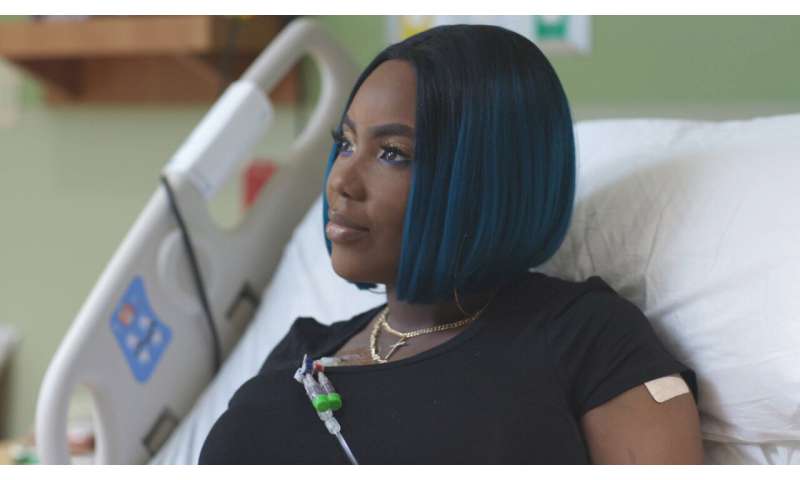 Partial results were presented Saturday at an American Society of Hematology conference and some were published by the New England Journal of Medicine.

Doctors described 10 patients who are at least several months removed from their treatment. All no longer need regular blood transfusions and are free from pain crises that plagued their lives before.

Victoria Gray, the first patient in the sickle cell study, had long suffered severe pain bouts that often sent her to the hospital.

“I had aching pains, sharp pains, burning pains, you name it. That’s all I’ve known my entire life,” said Gray, 35, who lives in Forest, Mississippi. “I was hurting everywhere my blood flowed.”

Since her treatment a year ago, Gray has weaned herself from pain medications she depended on to manage her symptoms.

“It’s something I prayed for my whole life,” she said. “I pray everyone has the same results I did.”

Sickle cell affects millions, mostly Black people. Beta thalassemia strikes about one in 100,000 people. The only cure now is a bone marrow transplant from a closely matched donor without the disease like a sibling, which most people don’t have.

Both diseases involve mutations in a gene for hemoglobin, the substance in red blood cells that carries oxygen throughout the body.

Those with beta thalassemia don’t have enough normal hemoglobin, and suffer anemia, fatigue, shortness of breath and other symptoms. Severe cases require transfusions every two to five weeks.

The treatment studied attacks the problem at its genetic roots.

In the womb, fetuses make a special type of hemoglobin. After birth, when babies breathe on their own, a gene is activated that instructs cells to switch and make an adult form of hemoglobin instead. The adult hemoglobin is what’s defective in people with one of these diseases. The CRISPR editing aims to cut out the switching gene.

“What we are doing is turning that switch back off and making the cells think they are back in utero, basically,” so they make fetal hemoglobin again, said one study leader, Dr. Haydar Frangoul of the Sarah Cannon Research Institute in Nashville.

The treatment involves removing stem cells from the patient’s blood, then using CRISPR in a lab to knock out the switching gene. Patients are given strong medicines to kill off their other, flawed blood-producing cells. Then they are given back their own lab-altered stem cells.

Saturday’s results were on the first 10 patients, seven with beta thalassemia and three with sickle cell. The two studies in Europe and the United States are ongoing and will enroll 45 patients each.

Tests so far suggest the gene editing is working as desired with no unintended effects, Frangoul said.

“The preliminary results are extremely encouraging,” he said.

The study was sponsored by the therapy’s makers—CRISPR Therapeutics, with headquarters in Zug, Switzerland, and Massachusetts-based Vertex Pharmaceuticals. Some study leaders consult for the companies.

Six patients including one as young as 7 were given the treatment, in which some of their blood stem cells were removed and altered in the lab to muffle the hemoglobin switching gene. None have had pain crises, five of the six no longer need transfusions and all have near-normal hemoglobin, he reported at the conference and in the medical journal.

Government grants paid for the work. Williams is named on a patent for the therapy, which Boston Children’s has licensed to Bluebird Bio Inc. of Cambridge, Massachusetts. The company provided the therapy for the study, which will enroll 10 people in all to establish safety. A larger study to test effectiveness is planned.

Williams, who was not involved in Frangoul’s study, said it “validates this approach” of targeting the hemoglobin switching gene to tackle sickle cell.