In US, vaccine operation soon to be put to the test

In US, vaccine operation soon to be put to the test 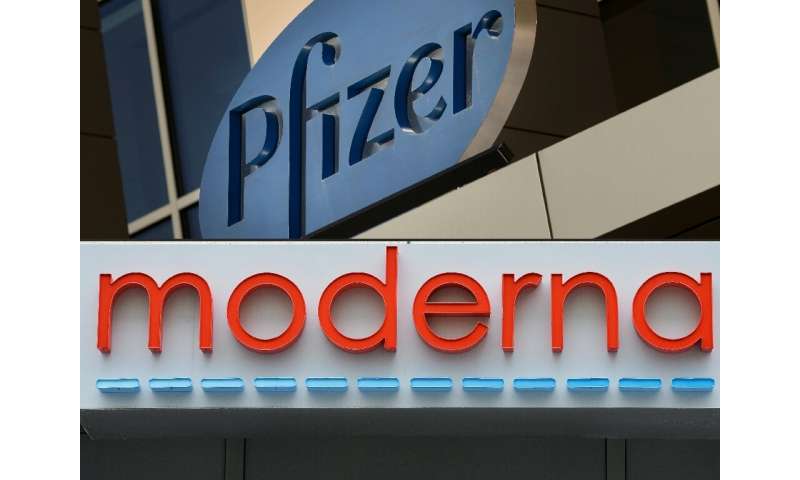 Trucks and cargo planes are at the ready to distribute millions of doses of coronavirus vaccine across the United States, a complex task led by a four-star general that will ultimately proceed more slowly than initially expected.

US Army General Gus Perna, in charge of logistics for the government’s Operation Warp Speed, has been putting his troops—a mix of soldiers and health experts—through dry runs for weeks, in anticipation of the day when a vaccine is approved.

The US Food and Drug Administration is due to grant emergency use approval to the vaccines made by Pfizer-BioNTech and Moderna, likely soon after December 10 and 17, respectively.

The goal: to distribute the first batch of roughly 6.4 million Pfizer vaccine doses in 24 hours to all hospitals and other sites that have ordered it.

Military personnel will not deliver the vials themselves—the federal government is paying for the doses and will give orders to private sector companies that will handle the entire operation.

The Pfizer vaccine vials are waiting in a factory in Kalamazoo, Michigan.

Six trucks will leave the facility each day, filled with containers—each one carrying around 1,000 vials of five vaccine doses—and enough dry ice to maintain them at the required temperature of minus 70 degrees Celsius (minus 94 degrees Fahrenheit).

Those trucks will head to airports where FedEx, UPS and other cargo carriers will carry them across the country. Pfizer estimates that 20 planes will transport the vaccine every day.

Moderna is sending giant 50-liter batches of its vaccine, made in New Hampshire, to partner Catalent, which will complete the “fill-finish” of the vials in Bloomington, Indiana.

Moderna chief Stephane Bancel told AFP last month that the objective is to “load up the trucks and get moving” as soon as the FDA gives the green light.

The list of delivery sites (hospitals, clinics, warehouses for partner pharmacies, individual doctors’ offices) has been established by dozens of state and local entities, and sent to Warp Speed HQ.

Perna’s job is to distribute as quickly as possible available doses in direct proportion to the population—and make sure those who get the first dose have a second dose at the ready, three (Pfizer) or four (Moderna) weeks later.

“We want to maintain a cadence, a deliberate, planned, coordinated cadence of delivery of vaccine as it becomes available,” Perna said.

Devil in the details

Back in the spring, the administration of US President Donald Trump had hoped to distribute hundreds of millions of vaccine doses before year’s end.

But in the end, the country hardest hit by the coronavirus pandemic will only get 40 million doses in December—meaning enough to vaccinate 20 million people.

Up until early November, Pfizer was promising it could deliver 100 million doses worldwide by year’s end, but it eventually halved that forecast due to a problem with sourcing ingredients.

“On the manufacturing side, it’s turned out to be somewhat more complicated and more difficult than we planned,” Moncef Slaoui, Warp Speed’s chief scientific advisor, admitted on CNN.

In recent days, predictions have only gotten worse: last week, officials said 100 million people were expected to be vaccinated by the end of February.

On Sunday, Slaoui pushed back that timetable to mid or late March.

Of course, once the containers of vaccine doses are delivered, the tough task of ensuring they are properly administered is another governmental can of worms.

“There is no detailed plan that we’ve seen, anyway, as to how you get the vaccine out of a container into an injection syringe, into somebody’s arm,” President-elect Joe Biden said.

The point-by-point details are crucial to the pharmacists, nurses and other technicians who are going to have to manage the delivery and injection of two, three, and as many as six vaccines next year.

The Pfizer vaccine can remain frozen in a container for 30 days—as long as the dry ice is replaced every five days.

“That complexity makes it even harder, because we know that standard operating procedures are adhered to better when they get into the muscle memory of the person who’s executing it versus having to read something,” said Yadav, who works at the Center for Global Development.

The entire operation will be put to the test in a week or so. On his whiteboard, Perna has written a provisional date for the first deliveries: December 15.