Is Ablation the Best Choice for A-Fib?

Is Ablation the Best Choice for A-Fib? 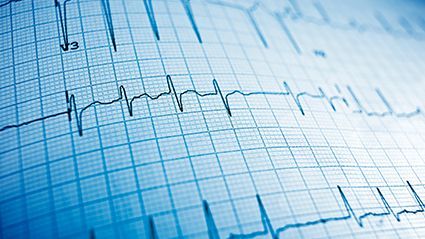 A procedure that freezes bits of heart tissue may be a better option than medication for people with atrial fibrillation (a-fib, or AF), two clinical trials have found.

A-fib is a common heart arrhythmia in which the organ’s upper chambers (the atria) beat erratically. Though it is not immediately life-threatening, over time it can lead to complications like heart failure, or blood clots that cause a stroke.

Right now, the standard first-line treatment is medication, said Dr. Jason Andrade, lead researcher on one of the new studies.

Those drugs help control the heart’s rate and rhythm. If they fail to do that, patients may move on to another option called ablation. It’s a minimally invasive procedure in which doctors use heat or cold to destroy bits of heart tissue that are generating the faulty electrical signal causing the arrhythmia.

The two new trials challenged the notion that ablation should only be a second option.

“The approach with medications is largely treating a symptom,” said Andrade, who directs the Atrial Fibrillation Clinic at Vancouver General Hospital in British Columbia, Canada. “If we start with an ablation, we may be able to fix atrial fibrillation early in its course, which potentially means reducing the risk of stroke and other heart problems down the road.”

His team found that ablation was, in fact, a better first-line treatment.

The findings were simultaneously published Nov. 16 in the New England Journal of Medicine and reported at an online meeting of the American Heart Association.

“Ablation is more successful than medication for AF, though neither is 100%,” said Dr. Nieca Goldberg, an AHA spokeswoman and cardiologist at NYU Langone Health in New York City.

She noted that longer-term results are still needed, since trial patients were followed for only a year. “But I don’t think medication will become any more effective over time,” Goldberg added.

The study involved specific a-fib patients: All 303 had paroxysmal a-fib, in which arrhythmia episodes crop up periodically. (A-fib can also be persistent or permanent.) In addition, all patients had symptoms, such as heart palpitations, dizziness and shortness of breath. (A-fib can also happen “silently,” with no noticeable symptoms.)

Andrade’s team randomly assigned half of the patients to take standard rhythm-controlling medication. The other half underwent cryoballoon ablation — in which a balloon-tipped catheter is threaded into the heart, then releases liquid nitrogen to freeze the tissue causing the a-fib.

Over the next year, 43% of those patients had an arrhythmia recurrence, versus 68% of patients on medication. And only 11% of ablation patients had an episode that caused symptoms — compared with 26% of those on drug therapy.

“Patients undergoing ablation as a first-line therapy had a significant improvement in multiple measures of quality of life and were much more likely to be asymptomatic,” Andrade said.

A separate trial, reported in the same journal and meeting, found similar results.

It included 203 U.S. patients with previously untreated paroxysmal a-fib. After one year, 75% of those treated with cryoballoon ablation were a-fib-free, compared to 45% of patients on medication.

In the Canadian trial, five ablation patients had a serious side effect: Andrade said three had temporary paralysis in a nerve that controls the diaphragm; the other two developed a slow heart rate that required a pacemaker implant. That also happened to two patients on medication.

The findings do not mean ablation should be the first treatment for everyone, Goldberg said.

“I think patients should be aware there are different treatment options for AF,” she said. “And it’s really important to discuss all of them with your doctor.”

As for availability, Andrade said cryoballoon ablation is “pretty widespread” at this point — having been used for over decade.

In the United States, atrial fibrillation affects 3 million to 6 million people, according to the U.S. Centers for Disease Control and Prevention. About 40% have the paroxysmal form.

Andrade said some studies have found cryoablation to be effective for persistent a-fib, too.

The procedure does not, however, free a-fib patients from taking clot-preventing drugs. That decision, Goldberg said, is based on people’s risk factors for having a stroke.

The American Heart Association has more on atrial fibrillation treatment.