Is George’s ‘Marvellous Medicine’ medically useful, dangerous, or both?

Is George’s ‘Marvellous Medicine’ medically useful, dangerous, or both? 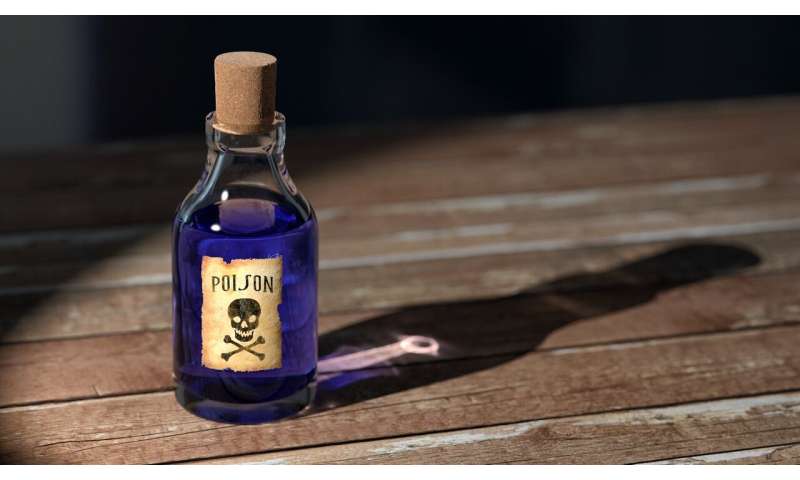 Increased time at home during the COVID-19 pandemic may inspire budding scientists to search for a cure, but researchers in the Christmas issue of The BMJ warn of the potential toxicity of homemade potions.

One such potion is described in Roald Dahl’s popular children‘s book George’s Marvellous Medicine and was administered to an unsuspecting grandma with some unfortunate consequences.

As most unintentional poisonings occur at home—and are a leading cause of accidental child death—researchers were concerned that the risk of attempted reproduction of George’s marvellous medicine during lockdown has increased.

So they decided to investigate the toxic and therapeutic potential of this medicine and compare the known effects with those described in the book.

Two researchers and their five children read George’s Marvellous Medicine and listed all ingredients in the concoction. These were then examined against the National Poisons Information Service (ToxBase) poisons database.

The most common toxic effect was nausea and vomiting (16 ingredients, 47%). A total of 11 (32%) ingredients were linked to diarrhoea and six (18%) to heart rhythm problems. Potentially life-threatening effects were linked to 13 (38%) ingredients, including kidney injury, convulsions, and damage to the stomach lining. Treatments for this multi-level poisoning are complex and would need immediate high-level care, say the authors.

While the effects described in the book were initially accurate, allowing for some poetic licence—Grandma initially “shot up whoosh into the air” and when she landed she shouted suddenly “My stomach’s on fire!”—they then diverted from the most likely outcome: death.

The authors point to several limitations, for example, they did not combine the medicine as described so are unable to comment on the chemical interactions which may occur between the ingredients, and the precise dose of the medicine taken by Grandma is not documented, leading to some assumptions on the effects.

But they say with the extra time being spent at home by children, and their natural desire to experiment and explore, it is vital that parents are well informed to ensure their children’s safety.

“It is unlikely that children will recreate each step in the making of a marvellous-type medicine, but it is worth being cautious as some of the household ingredients used by George are considerably dangerous and commonly cause severe morbidity in children,” they add.

“Although parents might encourage scientific exploration and experimentation in their children, it would be wise to check any medicinal ingredients for potential toxicity before use,” they conclude.