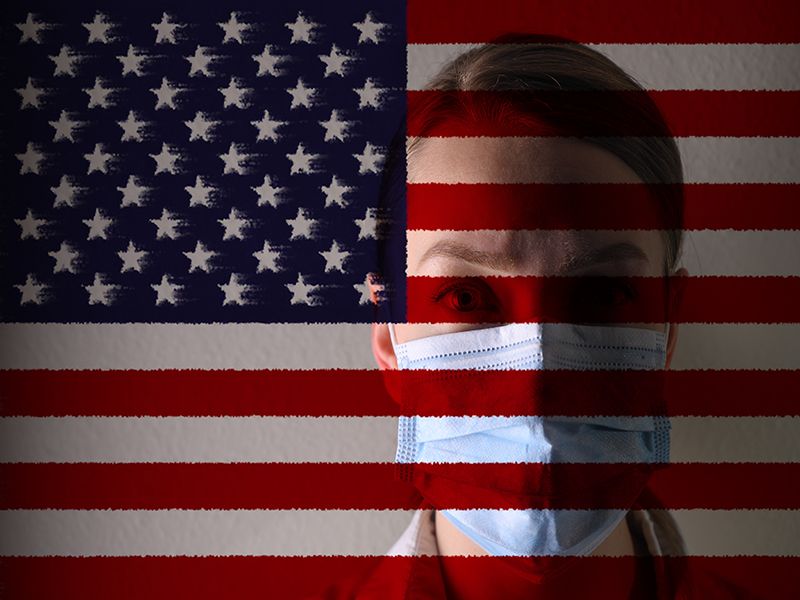 Coronavirus restrictions should not be lifted until the daily toll of new U.S. cases falls below 10,000, “and maybe even considerably less than that,” Dr. Anthony Fauci said Thursday.

The last time the United States saw that low a number was almost a year ago. The daily case count hasn’t fallen below 50,000 since mid-October, and the seven-day average on Wednesday was more than 64,000, CNN reported.

Even so, some states have begun to ease restrictions, including doing away with mask mandates, allowing businesses to fully open and increasing the number of people allowed at mass gatherings.

On Thursday, Alabama became the latest state to move to lift a mask mandate, saying its face-covering rule will expire on April 9, CNN reported. Earlier this week, the governors of Texas and Mississippi said they were lifting mask mandates and allowing businesses to operate at full capacity immediately or within days.

Of particular concern is the B.1.1.7 variant which was first discovered in the U.K. The so-called British variant has now been found in 48 U.S. states, as well as in Puerto Rico and Washington, DC. As of Friday, there were 2,672 cases of the variant in this country, according to the U.S. Centers for Disease Control and Prevention.

A person with the variant can infect 43% to 90% more people than the older versions of the virus, new research from scientists at the Centre for Mathematical Modelling of Infectious Diseases at the London School of Hygiene and Tropical Medicine shows, CNN reported.

In a statement, the Infectious Diseases Society of America said the United States must continue to use masks, social distance, wash hands and avoid large gatherings.

“We can’t forget the lessons this pandemic has taught us or its terrible toll, and we must not relinquish the ground we’ve gained,” said Dr. Barbara Alexander, the president of ISDA.

Dr. Rochelle Walensky, the director of the US Centers for Disease Control and Prevention, said Thursday that state officials must continue to emphasize the importance of wearing masks for the foreseeable future, and “encourage everyone to roll up their sleeve for the vaccine when it’s available to them.”

In a finding that suggests overweight people should be prioritized for COVID-19 vaccines, a new report released Thursday shows the risk of death from coronavirus infection is about 10 times higher in countries where most of the population is overweight.

Among the nations with overweight populations above the 50 percent threshold were also those with some of the largest proportions of coronavirus deaths — including countries such as Britain, Italy and the United States, the Post reported. In the United States, nearly three-quarters of the population is considered overweight or obese, according to the U.S. Centers for Disease Control and Prevention. So far, more than 518,000 Americans have died from COVID-19.

All American adults can get vaccines by end of May: Biden

The United States is now poised to have enough COVID-19 vaccines for every American adult by the end of May, President Joe Biden said this week.

The announcement, which came during a brief speech at the White House on Tuesday, accelerates the country’s vaccination goals by two months.

“As a consequence of the stepped-up process that I’ve ordered and just outlined, this country will have enough vaccine supply — I’ll say it again — for every adult in America by the end of May,” Biden said. “By the end of May. That’s progress — important progress.”

How was it possible to speed up the U.S. vaccine rollout?

Although its own attempt at making a COVID-19 vaccine failed, Merck is the world’s second-largest vaccine manufacturer, according to the Times. White House officials described the partnership between the two competitors as historic and said it harkens back to the wartime manufacturing campaigns that former President Franklin D. Roosevelt put into place.

Biden also said Tuesday that he wanted all teachers to receive at least one shot by the end of this month, the Times reported.

Biden’s announcement came days after the U.S. Food and Drug Administration authorized the emergency use of the Johnson & Johnson vaccine. As of Friday, nearly 82.6 million Americans had been vaccinated, with nearly 28 million getting their second shot.

Even as vaccinations ramp up, public health officials worry about another surge of coronavirus cases, as new, more infectious variants emerge and states like Texas and Mississippi lift their mask mandates and roll back many of their coronavirus restrictions. Although cases have dropped significantly since January, they are now leveling off, the Times reported.

“We cannot let our guard down now or assure that victory is inevitable,” Biden said Tuesday. “We can’t assume that.”

In India, the coronavirus case count was nearly 11.2 million by Friday, a Johns Hopkins University tally showed. Brazil had nearly 10.8 million cases and nearly 261,000 deaths as of Friday, the Hopkins tally showed.

Worldwide, the number of reported infections passed 115.6 million on Friday, with over 2.5 million deaths recorded, according to the Hopkins tally.