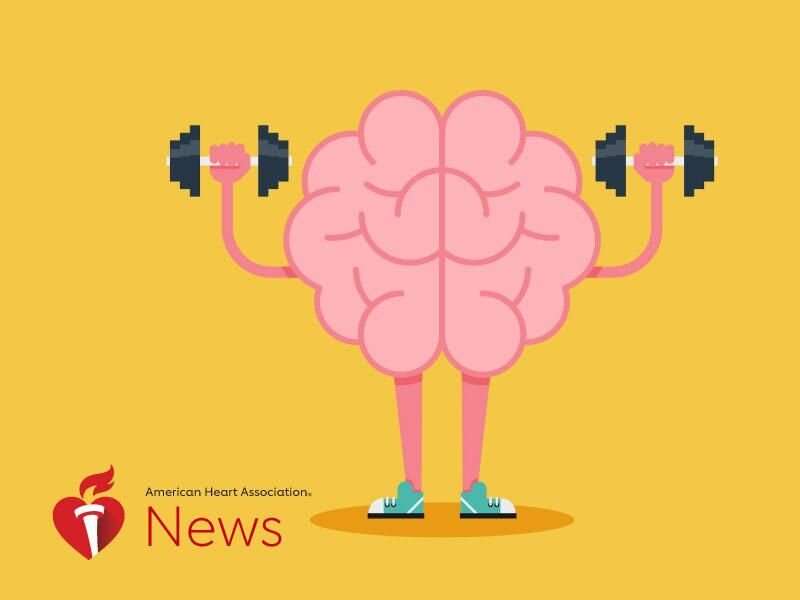 Mental decline is one of the most feared aspects of growing older. People will do just about anything to prevent it, from swallowing supplements touted as memory boosters to spending hours solving Sudoku and crossword puzzles.

But do these things really keep the aging brain sharp? The short answer is, not really.

“It can certainly help you concentrate if you spend an hour or two doing puzzles,” said Dr. Vladimir Hachinski, a Canadian neurologist and global expert in the field of brain health. “It’s good because you’re exercising your brain. But don’t expect too much from it.”

One in 8 Americans age 60 or older report having at least some memory loss and roughly 35% of them report problems with brain function, according to the Centers for Disease Control and Prevention. While this doesn’t always lead to full-blown dementia, the number of older people in the United States struggling with cognitive issues is growing: The CDC predicts the number of people in the U.S. with dementia—including its most common form, Alzheimer’s disease—will nearly triple to roughly 14 million people by 2060.

Research suggests there are indeed ways to prevent or delay many types of cognitive loss, but they don’t involve fish oil supplements or brain teasers. Instead, Hachinski and others in the field agree, people who want to preserve good brain function should take the same steps they would to protect their hearts.

“If you have a good heart, you have a good brain,” said Dr. Rong Zhang, professor of neurology at UT Southwestern Medical Center in Dallas. “Whatever risk factors that are bad for your heart, such as high blood pressure, smoking, obesity or a lack of physical activity, these things are also bad for your brain.”

The link between heart health and brain health is well established.

The American Heart Association and an expert-led Lancet Commission advise people to focus on their risk factors for heart disease and stroke. These include lowering blood pressure, blood sugar and cholesterol levels; getting enough sleep; not smoking; limiting alcohol intake; eating a healthy diet; exercising at least 150 minutes per week; maintaining a healthy weight; and staying socially active. The Lancet Commission recently expanded its list of dementia risk factors to also include head injuries in mid-life and exposure to air pollution.

Researchers believe at least 40% of dementias can be prevented or delayed by modifying these risk factors. Hachinski said the percentage could well be higher if more strokes were prevented. He was the lead author of a 2019 paper published by the World Stroke Organization calling for the joint prevention of stroke and dementia.

Stroke doubles the chance of developing dementia and high blood pressure is a powerful predictor of stroke, Hachinski said, adding that an estimated 90% of strokes are preventable.

“All major dementias have a vascular (blood vessel) component,” he said, because the brain needs good blood flow to provide it with sufficient nutrients and oxygen to work properly. “If you control the vascular component, you can diminish or prevent dementia.”

While major strokes cause an obvious and sudden decline in cognitive function, it’s more common for people to have smaller, silent strokes they don’t even realize are happening, Hachinski said. These “mini-strokes” have been shown to accelerate mental decline, as does uncontrolled blood pressure at any age.

Type 2 diabetes, which often can be prevented or delayed by losing weight and increasing physical activity, also increases the risk of dementia by 60%.

“By and large, the onset of dementia is gradual,” Hachinski said, likening the process to “descending into an abyss. It can happen in different ways, at different rates and to different depths.”

The best way to slow that decline, he said, is to identify your personal risk factors and then tackle the biggest ones. Do you need to lose weight? Exercise more? Eat a healthier diet? Lower your blood sugar?

“Know your family history. Have some idea of what you’re facing,” he said. “Get your blood pressure taken. Risk factors love company. If you have high blood pressure, you undoubtedly have other things going on.”

During the day, the brain uses a lot of energy, in the process discarding excess proteins that build up like junk in a teenager’s room. “The brain needs a way to get rid of these bad proteins,” Zhang said, “to clear away the waste. When there is a lot of garbage in the environment, it hurts the brain.”

Exercise helps with this clearance, and so does sleep, he said.

“In middle age, the risk begins to climb rather rapidly,” Hachinski said. “It’s never too late, but the earlier, the better. I think the most important thing is to begin.”