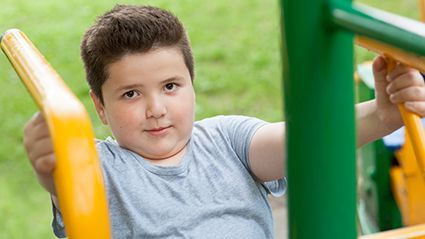 Children have an increased risk of obesity when there are more convenience stores in their neighborhood, a new study shows.

The investigators assessed how changes in the number of food outlets located at various distances from the children’s homes affected their weight.

While only an association was seen, unhealthy changes in children’s weight corresponded with an increase in convenience stores over time, according to the study published Dec. 10 in the Journal of the Academy of Nutrition and Dietetics.

For example, having an additional convenience store within a mile of a child’s home over 24 months resulted in an 11.7% greater risk of a child being in a higher body mass index (BMI) range, compared to other children of the same sex and age. BMI is an estimate of body fat based on weight and height.

In contrast, having an additional small grocery store that sold healthy food items within a mile over 24 months was associated with a 37.3% lower risk of being in a higher BMI category.

No consistent patterns were found for changes in children’s exposure to supermarkets, restaurants or pharmacies.

“The need for a more refined understanding of the impact of local food environments on children’s weight status and health has become more evident during the COVID-19 pandemic, which has been accompanied by increased food insecurity among low-income populations,” study senior author Michael Yedidia said in a journal news release. Yedidia is a professor at the Center for State Health Policy at Rutgers University’s Institute for Health, Health Care Policy and Aging Research in New Brunswick, N.J.

SOURCE: Journal of the Academy of Nutrition and Dietetics, news release, Dec. 10, 2020

Some children are overweight because they have big bones.
See Answer