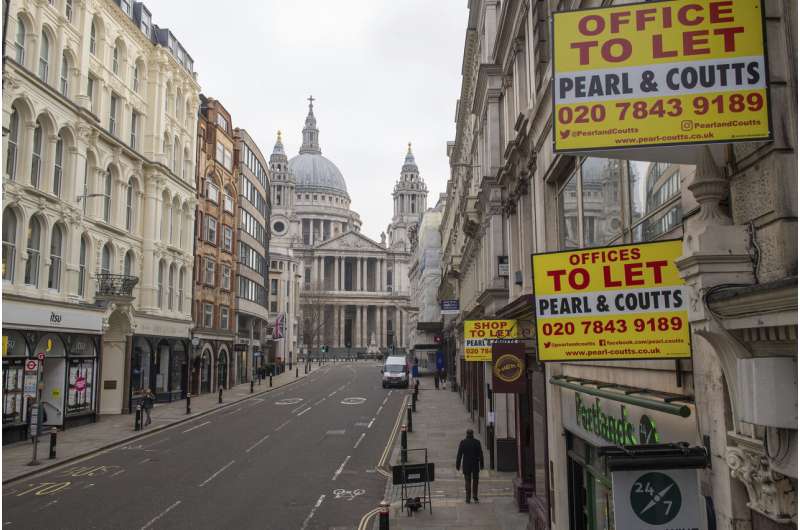 London’s mayor declared the capital’s COVID-19 situation to be critical Friday, reflecting deteriorating conditions for beleaguered hospitals, as the country recorded its highest daily death toll in the pandemic.

The grim news that another 1,325 people have died within 28 days of a positive test came hours after the U.K regulator authorized a third vaccine for emergency use.

The figure brings Britain’s official death toll from the coronavirus to 79,833, the highest in Europe. Not all the deaths announced by the government on Friday occurred on the same day.

London Mayor Sadiq Khan declared a “major incident,″ as the rapid spread of the virus pushed hospitals to breaking point, with the number of hospitalized coronavirus patients up 27% in the week to Jan. 6. One in 30 people in Britain’s capital was infected with the virus in the week to Jan. 2, according to the Office for National Statistics.

Other emergency services are also under strain, with hundreds of firefighters now driving ambulances, for example.

“Our heroic doctors, nurses and NHS staff are doing an amazing job, but with cases rising so rapidly, our hospitals are at risk of being overwhelmed,″ Khan said. “The stark reality is that we will run out of beds for patients in the next couple of weeks unless the spread of the virus slows down drastically.″

A major incident is defined as one in which there is a risk to life and welfare and is “beyond the scope of business-as-usual operations.″ It allows coordination between different emergency agencies and will let London ask for help from other areas.

Khan, a member of the opposition Labour Party, also wrote to Conservative Prime Minister Boris Johnson asking for more financial support for Londoners who need to self-isolate and are unable to work, and called for masks to be worn in crowded outdoor spaces as well as indoors.

The action comes as more good news on fighting the virus appeared with the approval of the Moderna vaccine as the country ramps up an inoculation program critical to lifting the U.K. out of the pandemic.

The Department of Health said Friday that the vaccine meets the British medicines regulator’s “strict standards of safety, efficacy and quality.” Britain has ordered 17 million doses set to be delivered by the spring.

“Vaccines are the key to releasing us all from the grip of this pandemic, and today’s news is yet another important step towards ending lockdown and returning to normal life,” Business Secretary Alok Sharma said.

So far, Britain has inoculated 1.5 million people with the Pfizer-BioNTech and Oxford University-AstraZeneca vaccines. It plans to vaccinate some 15 million people by mid-February.

The authorization comes as the need for such help grows ever greater.

NHS England Chief Executive Simon Stevens said Thursday that the pressures facing hospitals in London and the southeast of England are so acute that a temporary field hospital at the ExCel London conference center will be opened next week.

The hospital was one of several built in the spring to help during the pandemic, but was not heavily used.

“The entirety of the health service in London is mobilizing to do everything it possibly can, but the infections, the rate of growth in admissions, that is what collectively the country has got to get under control,” Stevens said.

The U.K. is recording virus-related deaths at a level last seen during the worst days early in the pandemic. Friday’s toll surpassed the previous high of 1,224 deaths in April.

According to figures compiled by Johns Hopkins University, the U.K. has the most COVID-related deaths in Europe and the fifth highest number in the world.