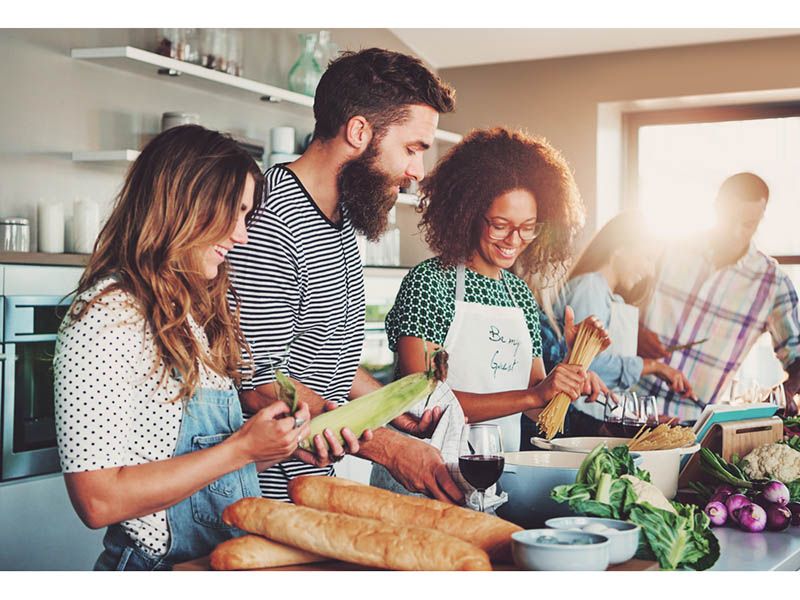 The Trump administration rejected a scientific advisory group’s advice Tuesday that people further reduce their added sugar and alcohol intake as part of the 2020 update to the Dietary Guidelines for Americans.

An independent advisory committee charged with helping the federal government update the guidelines issued its report in July. Noting the U.S. obesity epidemic and increasing rates of type 2 diabetes, the report urged that recommended daily calories from added sugars be lowered from 10% to 6% in the new guidelines.

The committee of 20 doctors and nutritionists from major U.S. academic centers also recommended that men’s daily alcohol intake be reduced from two drinks to one.

But the 2020-2025 Dietary Guidelines released Tuesday made no changes to previous recommendations.

The Center for Science in the Public Interest (CSPI) called the decision “disappointing.”

“There is no question that individuals would benefit from reducing their intake of added sugars to less than 10% of calories, but they would benefit more by consuming less than 6%,” said Jessi Silverman, a CSPI policy associate.

The agencies that write the guidelines — the U.S. Departments of Agriculture (USDA) and Health and Human Services — decided not to include the committee’s proposed changes because “the new evidence is not substantial enough to support changes to quantitative recommendations for either added alcohols or sugar,” Brandon Lipps, USDA deputy undersecretary for food, nutrition and consumer services, told The Wall Street Journal.

“While limiting intake of sugars is strongly encouraged throughout Dietary Guidelines for Americans, 2020-2025, the science reviewed by the 2020 Dietary Advisory Committee did not provide a preponderance of evidence to support a quantitative change to the specific levels as the committee recommended,” a USDA spokesperson said in written comments offered on background. “By law, the Dietary Guidelines for Americans is required to be based on the preponderance of evidence.”

The spokesperson added: “Subsequently, the recommendation for sugar intake remains unchanged from the Dietary Guidelines for Americans, 2015-2020, as there was not significant evidence that supported the specific recommendation of 6%, but the document continues to prominently support a focus on lower intakes of added sugar and higher intakes of nutrient-dense foods.”

The Dietary Guidelines are updated every five years.

Lowering the added sugars guideline to 6% of daily calories would have set a very high hurdle for Americans.

On average, Americans get 13% of their daily calories from added sugars. Essentially, folks would have had to cut their intake by more than half to reach that guideline.

Registered dietitian Connie Diekman agreed that there probably isn’t enough evidence at this time to change the guidelines for added sugars.

“That fact is likely correct, but I would remind people that the Daily Guidelines for Americans states that we need to meet nutrient needs first and then we can add some added sugars,” said Diekman, a past president of the Academy of Nutrition and Dietetics.

“Given the lower calorie needs for many Americans, due to lower activity levels, there isn’t much room for added sugars,” she added. “If the current average intake of added sugars is currently 13%, then working to get to 10% would help people better meet nutrient needs and manage their caloric intake.”

Sugar-sweetened beverages make up about 24% of the added sugars in Americans’ diets, while desserts and sweet snacks make up 19%; coffee and tea drinks, 11%; candy and sugars, 9%; breakfast cereals and bars, 7%; sandwiches, 7%; and higher fat milk and yogurt, 4%, according to the 2020-2025 Dietary Guidelines.

The new guidelines place a large emphasis on a diet filled with nutrient-dense foods, giving examples of how added sugars and fats increase the calorie counts of otherwise healthy foods.

For example, a 110-calorie espresso with skim milk becomes a 290-calorie full-fat mocha through the addition of 79 calories of milk fat and 101 calories of chocolate syrup, the guideline noted.

“A healthy dietary pattern doesn’t have much room for extra added sugars, saturated fat, or sodium — or for alcoholic beverages,” the 2020-2025 guidelines read.

Dr. Mitchell Elkind, president of the American Heart Association, said his group is “disappointed that USDA and HHS did not accept all of the Dietary Guidelines Advisory Committee’s science-based recommendations in the final guidelines for 2020, including the recommendation to lower added sugars consumption to less than 6% of calories.”