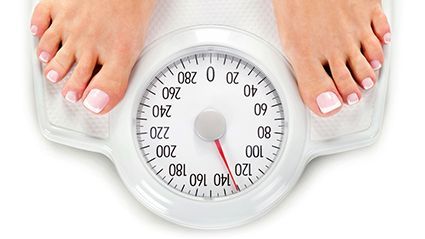 A new weight-loss drug is almost twice as effective as current medications, clinical trial results show, and experts say it could revolutionize the treatment of obesity.

What’s more, one-third of all participants lost 20% of their body weight, a result comparable to those of people who’ve undergone weight-loss (“bariatric”) surgery, the researchers said.

That means a person who weighs 250 pounds could wind up losing as much as 50 pounds after a year and a half on the drug, the results showed.

“This drug turned out to be amazingly more effective than anything else we’ve seen come before,” said senior researcher Dr. Robert Kushner, a professor of medicine specializing in obesity treatment at Northwestern University Feinberg School of Medicine, in Chicago. “It’s the very first time we have a medication that even begins to approach the weight loss people achieve with bariatric surgery.”

“This degree of weight loss is significantly more than what we’ve seen with any other medication thus far,” said Jastreboff, co-director of the Yale Center for Weight Management, in New Haven, Conn.

The drug’s maker, Danish pharmaceutical firm Novo Nordisk, applied for approval from the U.S. Food and Drug Administration in January based on these clinical trial results. It hopes for approval before year’s end, Kushner said. The company funded the drug trial.

Semaglutide is already on the market at a lower dose as a treatment for type 2 diabetes.

The drug is a synthetic version of human glucagon-like peptide-1 (GLP-1), “a hormone that all of us make,” Kushner said.

“When this hormone is released, it helps reduce our appetite, reduces our hunger and helps us feel full sooner,” Kushner said.

The entire group started with an average weight of 232 pounds and a body mass index (BMI) of 38, which placed them firmly in the obese category, the researchers said. BMI is a measurement of body fat based on height and weight.

People taking semaglutide had an average weight loss of 15%, compared to about 2% for a group treated with a placebo, the findings showed.

That makes semaglutide roughly 1.5 to 2 times more effective than other weight-loss drugs, which tend to help people lose between 4% and 11%, the researchers said.

Seven out of 10 participants lost at least 10% of their starting body weight, and one in three lost 20% or more.

There are some side effects, mostly gastrointestinal, the study authors said. More than four of 10 people taking semaglutide experienced nausea. Some others reported diarrhea, vomiting or constipation.

However, these side effects could be managed, Kushner said. Only 7% of participants had to drop out of the trial because they couldn’t tolerate the drug.

Doctors prescribing this drug probably can limit these side effects by gradually raising the dosage in new patients, Jastreboff said.

Patients also will have to be on the alert for gallbladder-related disorders, which were reported in almost 3% of people taking the drug versus a little over 1% of the placebo group, Jastreboff said. Gallstones accounted for most of these problems.

“If you’re losing weight this rapidly, you have to look for gallstones anyway,” she said.

Jastreboff said she can see using this drug in combination with other weight-loss therapies, like bariatric surgery, to help extremely obese people get down to a healthier weight.

“Say, if somebody weighed 400 pounds before surgery and they lost 100 pounds and they’d like to lose 45 more pounds,” Jastreboff said as an example. “The idea is that the treatment of obesity should be comprehensive, and we should be able to offer our patients all sorts of different options.” The results were published online Feb. 10 in the New England Journal of Medicine.

The U.S. National Institute of Diabetes and Digestive and Kidney Diseases has more about prescription medications for obesity.