Overweight With Arthritic Knees? You Might Want to Avoid Tennis

Overweight With Arthritic Knees? You Might Want to Avoid Tennis 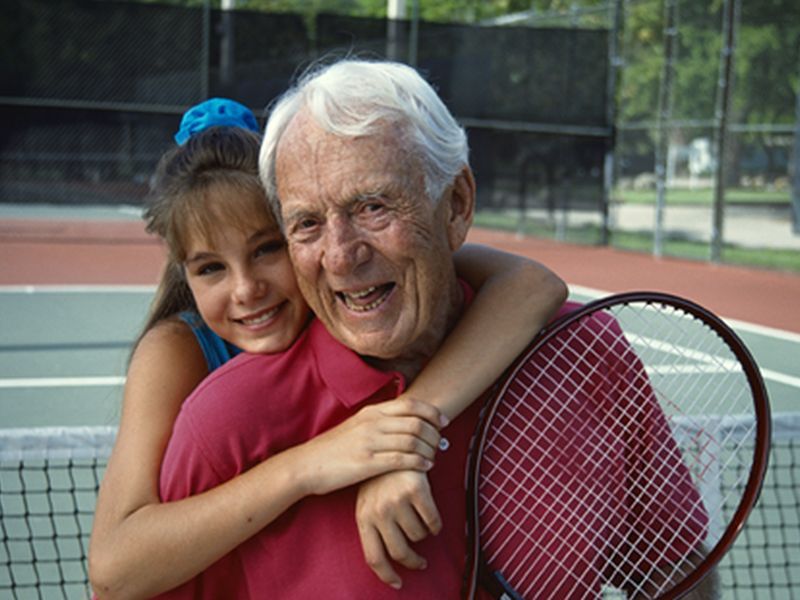 Stay off the court: For overweight people with arthritic knees, racket sports like tennis and racquetball may accelerate degeneration of the joints, a new study finds.

Exercise can benefit overweight people, but the wrong type might damage knees and lead to the need for knee replacement surgery, the researchers said.

Racket sports include frequent and high-intensity lateral movements that can worsen knee osteoarthritis, as opposed to activities that mostly involve forward movements — such as running, an elliptical machine, swimming and bicycling — or forward and diagonal movements, such as ball sports, Schiro said.

“Overweight or obese people may benefit from working out with an elliptical trainer in order to lose weight and engage a healthy lifestyle,” Schiro said.

For the study, Schiro’s team used MRI scans to assess the rate of degeneration of the knee joint in 415 overweight or obese patients who were part of the U.S. Osteoarthritis Initiative.

Those using the elliptical machine showed the smallest changes in degeneration over the four years of the study.

The faster degeneration of the knee joints in people who participated in racket sports is likely due to the high-speed lateral movements inherent in such sports, Schiro said.

Overweight people who continue to play racket sports might slow degeneration in their knees by switching to sports with less fast-paced and high shear loads like badminton or doubles tennis, the researchers suggested.

Schiro emphasized that the degenerative process is complex and individualized. Some people may be able to safely play these sports, she said. But as a group, overweight and obese people who play racket sports are at higher risk for disease progression.

Knee osteoarthritis, which gradually wears down the cartilage that cushions the ends of the bones, is a major cause of pain and disability, affecting about 14 million Americans, the researchers noted.

Dr. Karen Schneider is an orthopedic surgeon at Lenox Hill Hospital in New York City. She said, “Moderate daily exercise and weight loss for those who are overweight are important in the treatment of knee and hip osteoarthritis.”

It may seem counterintuitive that running did not increase the risk of progressive osteoarthritis, but that has been shown in other studies looking at the association of moderate running and osteoarthritis, Schneider said.

“Lower-impact exercises (such as biking, elliptical trainer and swimming) are easier on the joints and often may be preferable to patients with obesity and osteoarthritis,” she said. “For those patients who enjoy tennis, I would encourage them to play doubles on a softer surface and cross-train with other low-impact forms of exercise.”

The term arthritis refers to stiffness in the joints.
See Answer

The findings are scheduled for presentation at the upcoming virtual annual meeting of the Radiological Society of North America. Such research is considered preliminary until published in a peer-reviewed journal.

For more on knee osteoarthritis, head to the American Academy of Orthopaedic Surgeons.