Pets Are Helping Many Americans Get Through Lockdown

Pets Are Helping Many Americans Get Through Lockdown 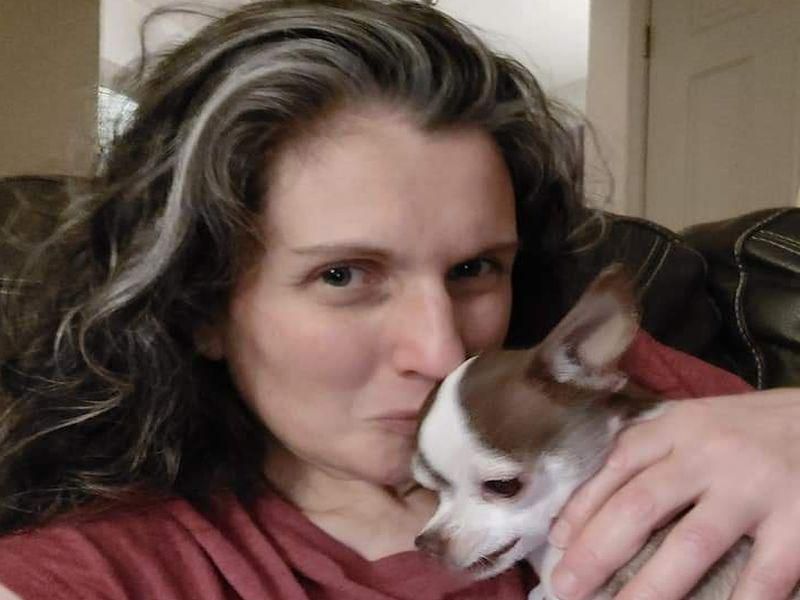 There have been some dark days this year for Emily Swope, an empty nester who’s been living alone in her Salem, Ore., home during the COVID-19 pandemic while her kids are off at college.

But Swope has had one continuing source of comfort during this period of isolation — Skittles, the family’s 9-year-old Chihuahua.

“I go over and scratch his ears a little bit and pet his belly, and that moment of having that pleasure, you automatically smile because they give you joy,” said Swope, 45. “That wonderful feeling of petting something furry and soft, something that adores you, it makes a really big difference even if it’s just 20 seconds and then you go on to do whatever. It’s nice to have these little moments where you’re just in the moment of pure pleasure with another being who’s just there soaking it up.”

Swope isn’t alone. For many, pets have become an important way of dealing with the isolation and loneliness of the pandemic, according to a new study from Australian researchers.

Interviews with 32 people aged 59 to 83 revealed that pets provide a sense of well-being to folks living in isolation.

More than 90% of those interviewed said touching their pets both comforted and relaxed them. Many added that their pets just seem to “know” when they aren’t feeling well, coming up to touch an owner who is distressed or sad.

“Companionable and caring touch is vital to human well-being,” said lead researcher Janette Young, a lecturer at the University of South Australia. “Human-animal relationships offer everyday ready sources of such touch for many, perhaps most, people.”

There has been a global raid on animal shelters during the COVID-19 pandemic, with people adopting cats and dogs at unforeseen rates to keep them company during lockdowns, the researchers reported in background notes.

Adoptions at the Society for the Prevention of Cruelty to Animals Los Angeles, a nonprofit shelter, doubled their usual rate in late June, with 10 or 13 adoptions a day, the Washington Post reported.

Breeders also have been swamped with requests for puppies, with waiting lists quadrupling in length for some, the researchers added.

For example, the United Kingdom is facing a puppy shortage, with demand for pets sending prices soaring among breeders, the Financial Times reported. The British Kennel Club’s puppy portal reported a 140% increase in inquiries during April, at the height of the lockdown.

Prior research has shown that petting an animal can lower blood pressure and increase relaxation, said Aubrey Fine, a psychologist and pet therapy expert in Claremont, Calif.

When you pet a beloved animal, levels of the stress hormone cortisol decrease in your bloodstream. At the same time, “happiness” neurotransmitters like oxytocin are released, Fine said.

The effect is more pronounced with an animal to whom a person can be connected physically, Fine and Young said.

Fish are fine to look at for relaxation, but they don’t seem to promote the same sort of physical reaction as a pet you can stroke or pet, Fine and Young said.

Swope said Skittles was initially a bit befuddled by the lockdown.

“Those first two months, he was really confused why I was home all the time. ‘This is my nap time! What are you doing here?’ Then he got used to it,” Swope said.

Now they’ve settled into a comfortable routine. Every couple of hours Skittles will rouse himself from his favorite chair, do a perimeter check, then come by Swope’s working space for some petting or to ask to be let out.

“Just having that break from whatever work you’re doing, suddenly to think about something else and care for something else, it’s very comforting,” Swope said.

Young used the interviews conducted for her paper to argue that pets should be allowed a greater role in caring for the aged, infirm or troubled.

But these interviews were not gathered as part of a rigorous scientific study, and therefore offer limited evidence for such assertions, said Dr. Michelle Riba, associate director of the University of Michigan Comprehensive Depression Center.

“I think it confirms what some people think about pets and their value and the importance of having a pet, but it’s a very small, non-controlled study,” Riba said. “The information really didn’t lead to all of these major policy implications, although these are good ideas. I think this paper was just a jumping off point.” The new study was published recently in the Journal of Behavioral Economics.

The U.S. Centers for Disease Control and Prevention has more about the health benefits of pets.