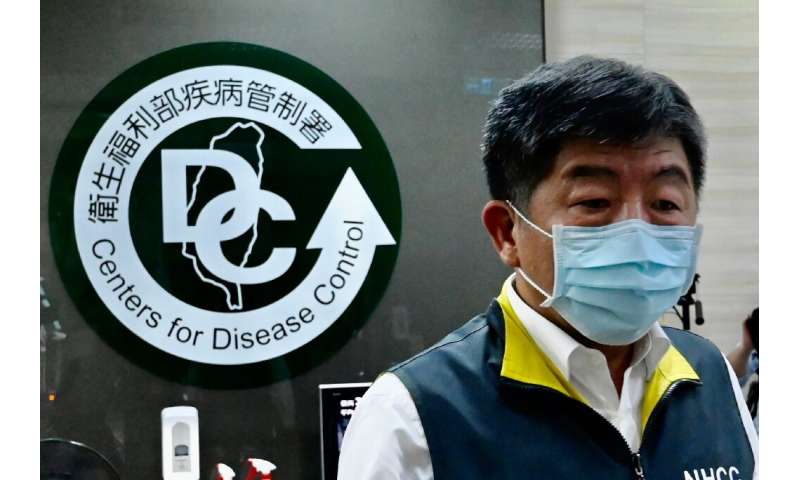 Health authorities said a woman in her thirties had tested positive after contact with the pilot, a New Zealander working for a Taiwan airline.

Health Minister Chen Shih-chung said the pilot had failed to “truthfully declare” his contacts and activities to authorities once he had been confirmed as a carrier.

Authorities said the pilot—who faces a fine of up to NT$300,000 ($10,600)—visited several establishments including a department store.

The infection is a blow for an island that has been lauded for its pandemic response, having recorded just 770 coronavirus cases and seven deaths after it shut its borders early and implemented strict quarantine rules.

Since April 12 all positive cases have been from a small number of locals returning to the island and also among the few foreigners and migrant workers allowed in for business reasons.

The vast majority of arrivals have to quarantine for two weeks and must test negative, a measure which—until Tuesday—had successfully kept any carriers from introducing the virus to the local community.

Pilots, however, currently undergo a less strict three days of self-quarantine after each overseas trip and the new case has already sparked debate about whether those measures should be tightened.

Soon after the virus first emerged in central China, Taiwan shuttered its borders, ramped up mask production and rolled out a well-oiled track and trace programme.

Within two months of its first outbreak, local infections had ceased.

Throughout the year the island of 24 million has managed to avoid the widespread lockdown and closures that have blighted the rest of the world.

It is on track to grow its economy by some 2.5 percent this year.