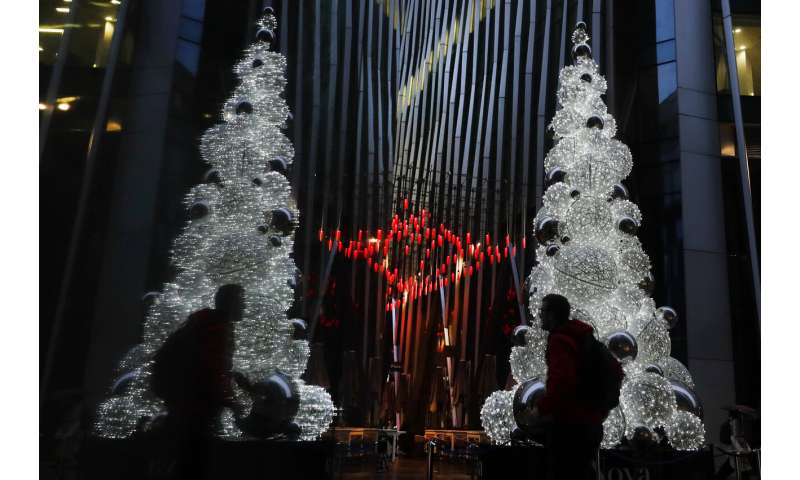 Britain’s announcement that it has become the first Western country to authorize the use of a COVID-19 vaccine has sparked debate about whether officials emphasized speed over safety.

The U.K.’s Medicines and Healthcare Products Regulatory Agency gave temporary authorization for people to receive a vaccine produced by U.S. drugmaker Pfizer and German company BioNTech. The agency made the decision under rules allowing regulators to sign off on medicines more quickly during public health emergencies.

The move made the United Kingdom the world’s first country to OK a rigorously tested COVID-19 vaccine. The British public is now seeking more information about the vaccine and the immunization timetable as authorities try to find an equitable way to distribute the limited number of doses that initially will be available.

WHO WILL GET THE VACCINE FIRST—AND WHEN?

Health Secretary Matt Hancock has said vaccinations would begin “within days.” The exact date the shots start will depend on how fast regulators can complete safety checks that must be done on each batch.

A panel of independent experts that advises the British government, the Joint Committee on Vaccination and Immunization, has set out priorities for vaccinating the most vulnerable people first. The highest priority goes to older people living in nursing homes and their caregivers, but logistical difficulties in shipping smaller quantities of vaccine to reach a limited demographic group might cause a delay to this group.

People over age 80 and healthcare workers have the second-highest priority. From there, priority access is based roughly in order of age until a vaccine has been offered to everyone over the age of 50, which is almost 40% of the U.K. population. Younger people with health conditions that put them at increased risk from COVID-19 also will take precedence.

DID BREXIT HELP THE UK AUTHORIZE A VACCINE FIRST?

Health secretary Hancock sparked controversy when he said Wednesday morning that British authorities couldn’t have moved so quickly if the U.K. were still a member of the European Union. That drew a rebuke from the EU, which pointed out that Britain is still governed by the bloc’s rules.

While the U.K. formally left the EU on Jan. 31, it remains bound by European Union regulations until a transition period designed to cushion the shock of Brexit ends on Dec. 31. EU rules permit individual member countries to give temporary authorization for the national use of medicines during a public health emergency.

But U.K. regulators may have been able to move faster than the 27-nation EU because they are no longer assessing products intended for the entire bloc, Stephen Evans, a professor of pharmacoepidemiology at the London School of Hygiene & Tropical Medicine, said.

“Consequently, the U.K. has almost undoubtedly had greater capacity to respond to a new application for authorization of a vaccine than any other country,” Evans said.

However, any speed advantage the U.K. might have had is likely to disappear starting Jan. 1, when British regulators will become responsible for reviewing all applications for new drugs and vaccines to be authorized in the U.K.

“It will have to do work that previously would have been shared among all the other … member states,” Evans said.

DID UK REGULATORS MOVE TOO FAST?

Dr. June Raine, the Medicines and Healthcare Products Regulatory Agency’s, said people should be absolutely confident that “no corners have been cut.” British experts reviewed more than 1,000 pages of information, including raw data, on safety, quality and effectiveness before deciding to give temporary authorization for the Pfizer/BioNTeach vaccine’s use, she said.

But that doesn’t mean regulators take the same approach everywhere.

American immunologist Dr. Anthony Fauci, director of the National Institute of Allergy and Infectious Disease, told Fox News that British regulators didn’t review the data as carefully as their counterparts at the U.S. Food and Drug Administration, potentially fueling concerns of individuals who are hesitant about getting the vaccine.

“We have the gold standard of a regulatory approach with the FDA,” Fauci said. “The U.K. did not do it as carefully. They got a couple of days ahead. I don’t think that makes much difference. We’ll be there very soon.”

Evans said there is only one major difference between the approach taken by British regulators and those in the U.S. The FDA often reanalyzes raw data to verify the findings of drugmakers. Virtually no other regulatory entity regularly does this, said Evans, who has worked with EU and U.K. regulators.

“The processes carried out by the FDA and the MHRA are basically very similar,” he said. “We may well see differences in interpretation of the data between a regulator and a company, but this type of difference is regularly seen by all regulators, whether they reanalyze the data or not.”

WHAT DOES THE EU SAY?

The European Medicines Agency has said it expects to make a decision on the Pfizer/BioNTech vaccine by Dec. 29.

The regulator said it is taking more time because it is considering granting the vaccine a different type of green light, known as a conditional marketing authorization. The process requires more data, but will result in the vaccine being authorized for use in all 27 EU member nations, rather than a single country.

The agency said its procedure is “the most appropriate regulatory mechanism for use in the current pandemic emergency.”

The debate comes at a particularly sensitive moment as Britain and the EU reach the final phase of talks over their post-Brexit relationship. More than four years after people in the U.K. voted to leave the bloc, negotiators have just days to reach a trade deal before the end of the transition period.

One of Britain’s goals has always been to wrest control of its rules and regulations from EU bureaucrats.

WHAT ARE THE CHALLENGES IN DELIVERING THE VACCINE?

First, the Pfizer/BioNTeach vaccine must be kept at minus 70 degrees Celsius (minus 94 degrees Fahrenheit) until a few hours before it is administered. Storage and shipment therefore requires specialized equipment that can maintain such ultra-cold temperatures.

Also, the U.K.’s emergency use authorization sets out strict conditions to ensure vaccine supplies aren’t damaged or wasted. The vaccine is shipped in packages containing 975 doses.

“You can’t, at this point, distribute it to every individual GP surgery, as we normally would for many of the other vaccines available on the NHS,” National Health Service CEO Simon Stevens said.

More broadly, vaccinating a large percentage of the country’s population in a few months is an unprecedented challenge. Because of this, most vaccinations will take place at a relatively small number of sites that can handle large numbers of people.

WHERE WILL THE VACCINATIONS TAKE PLACE?

Vaccinations will start at 50 hospital hubs, which will offer vaccines to care home residents and people over 80. Those who are going to receive the vaccine will be notified by the hospital, so there is no need to schedule an appointment.

As the National Health Service receives additional supplies of the vaccine, the shots will also be offered at about 1,000 community vaccination centers. Local GPs will invite their patients to be vaccinated in order of priority.