Many nations place drugs into various schedules or categories according to their risk of being abused and their medical value. At times, drugs are rescheduled to a more restrictive category to reduce misuse by constricting supply. A new study examined lessons from past efforts worldwide to schedule and reschedule drugs to identify general patterns and found that rescheduling drugs can lower use as well as the dangers associated with the drug. The findings have implications for policy.

The study, by researchers at Carnegie Mellon University (CMU), is published in the International Journal of Drug Policy.

“Our review suggests that rescheduling drugs can often disrupt trends in prescribing, use, or harms,” says Jonathan Caulkins, professor of operations research and public policy at CMU’s Heinz College, who led the study. “Hence, scheduling may be a more useful tool than is often recognized.”

As part of implementing obligations to meet international drug control treaties, many countries classify drugs according to legally defined schedules. For example, the United States places drugs with no federally recognized medical use in Schedule I, and medicines are arrayed from Schedule II (the most restrictive category) to Schedule V (the least restrictive) based on their potential for abuse. Other countries have similar or higher numbers of categories; for example, Australia has 10.

In any given year, most drugs stay in the schedule they occupied the previous year. But sometimes drugs are added or are “up-scheduled” to a more restrictive category based on concerns that the drug is being misused.

In this study, based on a review of the literature, researchers examined all reported changes in quantitative measures of prescribing, dispensing, use, and use-related harms pertaining to the drug in question and, when available, any substitution with other drugs after the scheduling change. They considered scheduling and rescheduling changes in the United States between 1969 and 2020, as well as changes in a comparably large set of instances in other countries (e.g., Australia, Thailand, the United Kingdom).

Of the 90 articles reporting before and after changes in outcomes, 61 addressed events in the United States and more than half dealt with substitutions. Most of the articles on substitutions pertained to the U.S. up-scheduling of hydrocodone-containing products in 2014.

The study found that for more than half of the rescheduling events for which quantitative outcomes were reported, use-related measures declined by at least 40 percent. This led the authors to conclude that across a range of years, substances, and countries, rescheduling can be, although is not always, accompanied by appreciable reductions in prescribing, dispensing, use, and harms related to use.

However, looking at the literature as a whole, the authors concluded that rescheduling can reduce use and harms associated with the drug that was restricted, depending on the circumstances.

“Policymakers should view rescheduling as one possible tool for responding to misuse, but before wielding it, they should anticipate the possibility of substitutions and plan accordingly,” explains Laura Goyeneche, research assistant at CMU’s Heinz College, who coauthored the study.

Among the study’s limitations, the authors cite the fact that the underlying literature is limited and unevenly distributed, with many scheduling events never being evaluated quantitatively. Furthermore, because findings were reported for many outcomes and with different measures over different timelines, standardizing outcomes was difficult; this prevented the authors from doing a meta-analysis of the data. In addition, since scheduling may be part of an array of concurrent efforts to address misuse, it is difficult to be certain about how much of a change in use can be attributed to the reschedule.

The research was followed up on work that began as a capstone project course in the Heinz College’s Public Policy and Management master’s program. 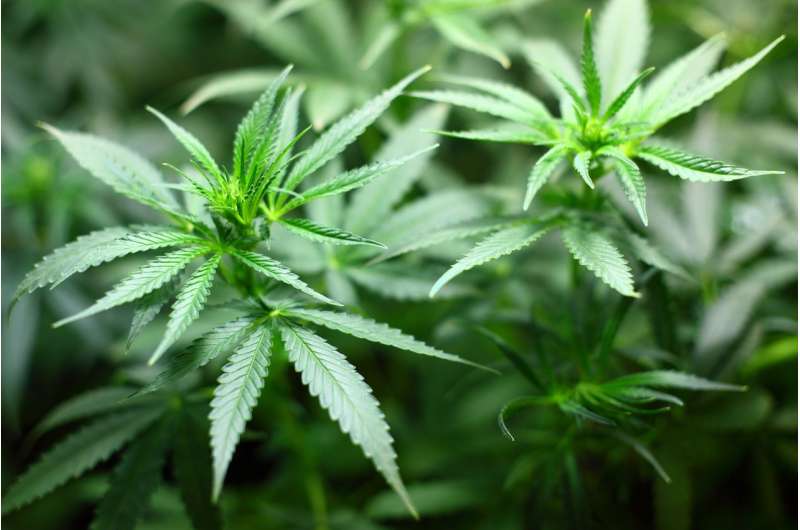