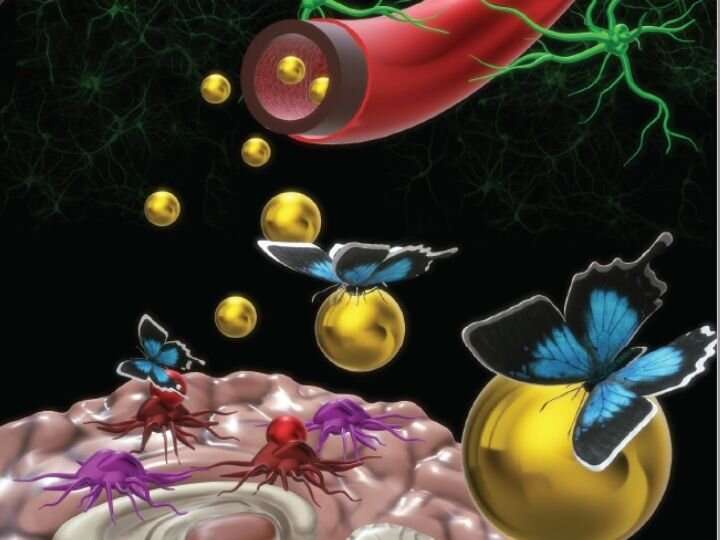 With a survival rate of only five years, the most common and aggressive form of primary brain tumor, glioblastoma multiforme, is notoriously hard to treat using current regimens that rely on surgery, radiation, chemotherapy and their combinations.

“Two of the major challenges in the treatment of gliomas include poor transport of chemotherapeutics across the blood brain barrier and undesired side effects of these therapeutics on healthy tissues,” said Sheereen Majd, assistant professor of biomedical engineering at the University of Houston. “To get enough medicine across the blood brain barrier, a high dosage of medication is required, but that introduces more toxicity into the body and can cause more problems.”

In an article published and featured on the cover of a January issue of Advanced Healthcare Materials, Majd reports a new glioma-targeted nano-therapeutic that will only address tumor cells offering increased effectiveness and reduced side effects.

An iron chelator known as Dp44mT (Di-2-pyridylketone-4,4-dimethyl-3-thiosemicarbazone) is an effective medication known to inhibit the progression of tumors but had not been used against brain tumors prior to this study. The chelator works to pull out the overabundance of iron needed by cancer cells, thus starving them.

Using clues from the tumors themselves, Majd developed a Dp44mT-loaded nano-carrier that would be drawn to glioma tumors, which present many IL13 (Interluken) receptors. Because the IL13 receptors are abundant, she added IL13 ligands onto her FDA-approved biodegradable polymer carrier (with the Dp44mT inside) so the receptors would lure the ligands, thus receiving the medicine.

Prior to her new carrier, the Dp44mT drug would be administered, but could go anywhere in the body, even places it is not meant to go.

“It’s like an envelope with no address on it. It can land anywhere, and with toxins inside it could kill anything. Now, with our targeted delivery, we put an address on the package and it goes directly to the cancer cells,” said Majd.

Aggressive brain tumors also develop high levels of multidrug resistance making them nearly impervious to common chemotherapeutics such as temozolomide or doxorubicin. “There is, hence, an urgent need for more effective therapeutic formulations with the ability to overcome drug resistance in aggressive glioma tumors and to kill these malignant cells without damaging the healthy tissues,” reports Majd.

Majd’s study, which tested the nano-therapeutic both in vivo and in vitro, is the first report on targeted delivery of Dp44mT to malignant tumors.

Suppressing the spread of tumors