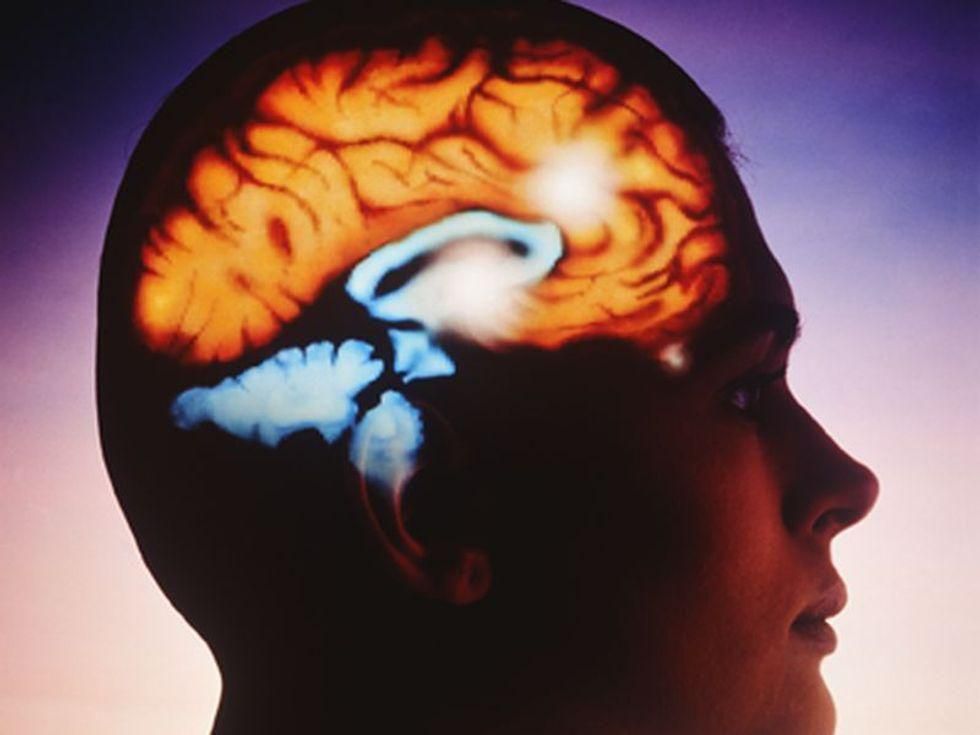 Researchers may have found a noninvasive way to temporarily open the brain’s borders to allow tumor-fighting medication inside.

By necessity, the brain is shielded by a layer of specialized cells called the blood-brain barrier. Its job is to allow needed substances in — like oxygen and sugar — while keeping out substances that could be toxic.

Unfortunately, that means medications often cannot penetrate the brain to any great extent to treat tumors or damaged tissue.

Now scientists are reporting a first: They used an advanced ultrasound technique to noninvasively — and temporarily — open the blood-brain barrier in four patients with breast cancer that had spread to the brain.

That allowed the researchers to deliver the drug trastuzumab (Herceptin) to the patients’ brain tumors.

The findings, published Oct. 13 in the journal Science Translational Medicine, are preliminary and represent only a “proof-of-concept.”

“We’re at the first stage, showing this is feasible and safe,” said senior researcher Dr. Nir Lipsman, a neurosurgeon and scientist at Sunnybrook Health Sciences Centre, in Toronto.

But there were also signs the technique increased the amount of drug that reached brain tumors. And, on average, there was a small reduction in the patients’ brain tumor size.

That finding needs to be interpreted cautiously, the researchers stressed, but it lays the groundwork for larger studies.

Ultimately, Lipsman said, the goal is to show whether the technique improves long-term control of brain tumor growth and prolongs patients’ survival.

Breast cancer is highly treatable, especially when caught early. Among women diagnosed when the cancer is confined to the breast, 99% are still alive five years later, according to the American Cancer Society. That survival rate drops to 28% among women with metastatic breast cancer — meaning tumors have arisen in distant sites of the body, such as the brain.

However, only a relatively small amount of Herceptin can penetrate the brain, according to Lipsman’s team.

So the researchers tested an approach to briefly opening the brain’s protective border: “focused” ultrasound, performed with the help of MRI as a visual guide.

If the blood-brain barrier is pictured as a layer of plastic wrap, Lipsman said, the technique essentially “pulls apart” the plastic wrap at certain spots — giving the medication a port of entry to the brain.

“It closes within 24 hours,” Lipsman noted.

Using advanced imaging techniques, the researchers were able to verify the approach increased the amount of Herceptin that penetrated the patients’ brain tumors. In the following months, all four women showed some reduction in the volume of their tumors.

“Of course,” Lipsman noted, “the blood-brain barrier is there for a reason.” So the concern in opening it, even temporarily, is that toxins could be inadvertently ushered through.

But there were no safety issues in this initial study.

Dr. Charles Shapiro is a professor and oncologist at the Icahn School of Medicine at Mount Sinai in New York City.

He said a number of drug combinations — including Herceptin, along with the drugs tucatinib (Tukysa) and capecitabine (Xeloda) — do have “activity” against brain tumors in patients with HER2-positive breast cancer. Shapiro also noted that when cancer has spread to the brain, the blood-brain barrier is already “disrupted.” So whether this technique for opening the barrier will ultimately improve drug delivery to the brain remains to be seen, said Shapiro, who was not involved in the study.

If further studies are promising, he said, then the final test would be a “phase 3” trial where patients would be randomly assigned to receive standard drug therapy with or without the ultrasound technique.

And if the approach does pan out, Lipsman said it could potentially be used to treat not only tumors, but other brain conditions where drug delivery is difficult — such as Alzheimer’s or Parkinson’s disease.