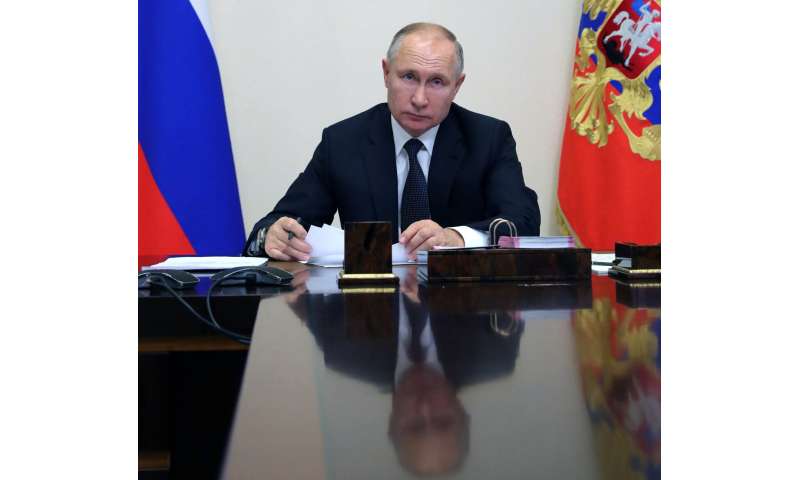 Russia’s Health Ministry agreed Wednesday to cut the size of a study of a domestically developed coronavirus vaccine and to stop the enrollment of volunteers.

The decision comes a week after developers said enrollment of study volunteers has slowed since Russia began giving out the Sputnik V vaccine while the late-stage study was still continuing. They also cited ethical concerns about giving a dummy shot to some of the volunteers. The study size was cut to about 31,000 from 40,000 participants.

Alexander Gintsburg, head of the Gamaleya Center, the state-run medical research institute that developed Sputnik V, said that many of those who received dummy shots had figured it out and gotten vaccinated.

If large numbers of volunteers in the placebo group drop out, it could affect the results, Svetlana Zavidova, executive director of Russia’s Association of Clinical Trials Organizations, said.

“They simply won’t be able to gather (the necessary) statistics,” she said.

Russia has been widely criticized for giving Sputnik V regulatory approval in August after the vaccine only had been tested on a few dozen people. Two weeks later, the 40,000-volunteeer study was announced.

Despite warnings to wait for the study’s results, Russian authorities started offering it to people in risk groups—such as medical workers and teachers—within weeks of approval.

President Vladimir Putin, who has publicly hailed Sputnik V, ordered the Russian government this month to start a large-scale immunization campaign. By mid-December, over 150,000 people had been vaccinated, according to Gintsburg.

In a statement, the Health Ministry said that interim study data on the vaccine’s safety and effectiveness was considered as part of the decision to reduce the study size. The ministry said the study would continue and participants will be monitored for at least six more months.

Gintsburg had suggested giving the vaccine to all volunteers who received the placebo shot, but the ministry said there would be no “unblinding” of the study at this point. In other words, volunteers will not be told whether they received real or dummy vaccines.

Sputnik V’s developers have said data suggests the vaccine was 91% effective, a conclusion based on 78 coronavirus infections among nearly 23,000 participants. That’s far fewer cases than Western drugmakers have accumulated during final testing before analyzing how well their candidate worked. Important demographic and other details from the study also have not been released.

Western vaccine developers have released much more information, while a lot about the Russian vaccine remains unknown at this point, said Ilya Yasny, head of scientific research at the Russian investment fund Inbio Ventures.

“We don’t have any data about the vaccine’s proven effectiveness aside from what Gintsburg and the Russian Direct Investment Fund says,” Yasny said.