Sequence African genomes for Africa and the world: scientist

Sequence African genomes for Africa and the world: scientist 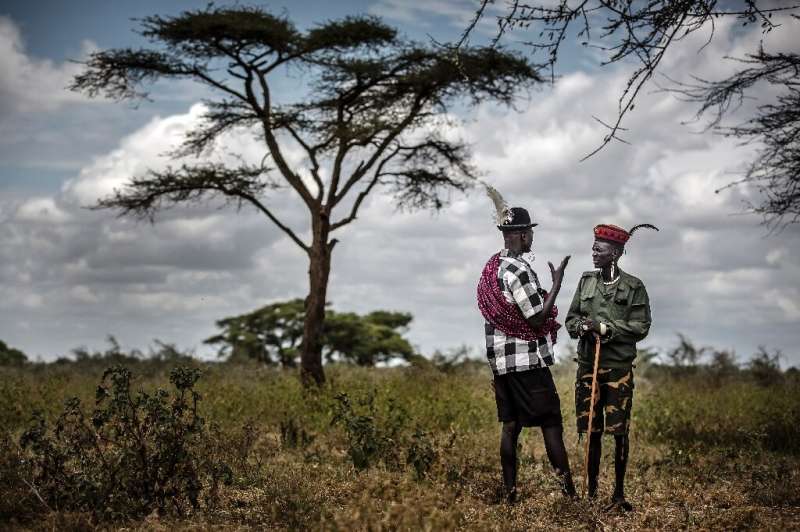 A $4.5 billion initiative to sequence the genomes of three million Africans would not only benefit a continent long neglected in gene-based healthcare, but advance understanding of genetic disease worldwide, the project leader told AFP Wednesday.

Twenty years ago this month, the first complete mapping of the human genome was published after a more than decade-long marathon that marshalled hundreds of scientists and cost three billion dollars.

That pioneering effort revolutionised medicine and led to thousands of so-called genome-wide association studies (GWAS) shedding light on the role genes play in a host of diseases, conditions and treatments.

Today, the cost of sequencing a genome to a similar level of precision is less than $1,000.

But the continent from which humanity emerged got left behind in this giant leap forward, and remains a genetic blank slate compared to Europe or the United States.

“Most genomic research on the African continent over the last two decades has largely been driven by agendas defined more by European and American investigators,” Ambroise Wonkam, a medical genetics professor and deputy dean of research at the University of Cape Town’s Faculty of Health Sciences, told AFP.

The genomes of more than a million individuals have been sequenced so far, but less then two percent were from Africa or of recent African descent.

This, despite the fact that the continent has far more genetic diversity than any other region in the world—a diversity that would yield huge research dividends if mined and mapped.

“The aim is to capture the full scope of Africa’s genetic variation—for the benefit of all human populations and to ensure equitable access to genetic medicine.”

Wonkam made his case in a commentary published Wednesday in the journal Nature, arguing that Africa’s diverse gene pool would make it easier to pinpoint mutations likely to cause or contribute to a specific disease or condition.

A variant, for example, of the gene PCSK9 gene that became apparent only because it is 200 times more common among African Americans than Europeans correlates with much lower levels of certain blood lipids.

This finding led to new medications for a blood condition associated with heart failure and stroke, called dyslipidaemia, that affects populations worldwide.

“The inclusions of even a small numbers of black Americans in control cohorts probably would have prevented the misclassification of benign variants as causing cardiomyopathy,” a disease that attacks heart muscle, Wonkam said, citing another example.

The relatively few GWAS of African populations that have been done also revealed a genetic susceptibility to type-2 diabetes that had previously gone unreported.

A lack of genetic data from the continent also obscures the influence—good or bad—of certain mutations on treatments.

Up to half of African populations, for example, carry a gene variant linked to severe side effects to the HIV drug efavirenz, which can lead viral resistance when patients skip doses.

When scientists recently sequenced the genomes of 910 people of African descent, it revealed gaping holes in the so-called “reference genome” used by researchers around the world, Jesse Gillis, a researcher at the Stanley Institute for Cognitive Genomics in New York, noted in a study in BMC.

“Approximately 10 percent of DNA sequences—some 300 million base pairs—from these genomes were ‘missing’,” he said.

Wonkam said financing should come mainly from African governments, but that international organizations should chip in as well.