She Barely Survived a Severe Form of COVID-19 Hitting Kids

She Barely Survived a Severe Form of COVID-19 Hitting Kids 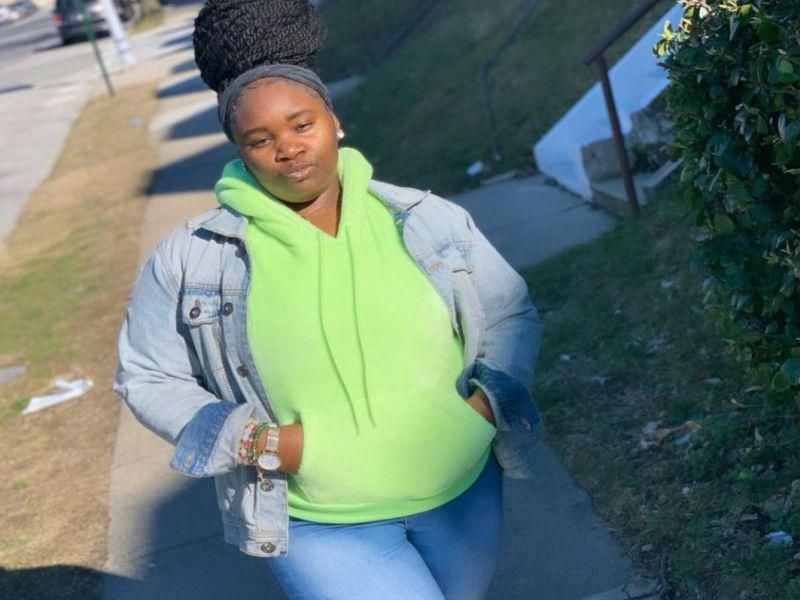 Like many people this past year, teenager Tyona Montgomery began experiencing a sore throat and a loss of sense of smell and taste in November that suggested she might have COVID-19.

A positive test confirmed it, but she quickly felt better.

Then, just two weeks later, new symptoms surged. She was disoriented, with a headache that was so bad she called an Uber to take her to a hospital in Baltimore. At first, doctors thought she might have meningitis or pneumonia.

She developed a fever, an abnormally fast heartbeat, labored breathing, vomiting, and red eyes and lips.

When her major organs appeared to be shutting down, Montgomery, who had turned 18 a couple of weeks before, was quickly transferred to Johns Hopkins Children’s Center. Her heart function — the ability to pump blood — was severely diminished.

Specialists were ready as soon as she arrived, rushing to treat her for multisystem inflammatory syndrome in children — also known as MIS-C. It’s an exaggerated inflammatory response that appears in some children and teens weeks after they’ve contracted or been exposed to COVID-19.

“[She was] very critical,” said Dr. Ekemini Ogbu, a pediatric rheumatologist at the hospital and an assistant professor of pediatrics at Johns Hopkins University School of Medicine.

“Before she came in, I was already called,” Ogbu said. “The critical care team anticipated she was going to need immune suppression and wanted to get all that right off the bat.”

The fact that Montgomery survived, with how severely ill she was, was an incredible feat, Ogbu said.

Both Montgomery and her mom, Kristia Reynolds, who happens to be a rehabilitation technician for Johns Hopkins Medicine, remember those early, scary moments when they arrived at the children’s hospital.

“I was on a bed and all these people just rushed in there. I was feeling sleepy. And then a lady said, I just heard her saying, ‘Push seven units of epi’ and she kept rubbing me, saying ‘Tyona, talk to me, baby, stay with me, baby,'” Montgomery recalls.

When Reynolds arrived, she remembers how many people were in her daughter’s room, so many that she knew her condition was extremely serious. She recalls someone telling her to be strong because her daughter needed her. Reynolds said the medical team later told her that if her daughter hadn’t been transferred to the children’s center, where she could get more specialized care for her rapidly declining condition, she would have died.

“I thank God that Hopkins saved her life,” Reynolds said. “I think it helped that they had seen it before. So, they knew what to do.”

MIS-C is a condition that causes widespread inflammation throughout the body, including in the heart, lungs, kidneys, blood, brain, skin, eyes and gastrointestinal tract. It’s linked to exposure to COVID-19, but experts still aren’t certain why it happens and why it only happens in some children.

More than 2,000 children and adolescents have been diagnosed with MIS-C since May in the United States, according to the U.S. Centers for Disease Control and Prevention. Johns Hopkins Children’s Center has seen dozens of cases, Ogbu estimated.

“We’re just learning about this disease. For some patients, the symptoms start gradually where they have a little diarrhea and maybe a few days after they have a fever and then some other symptoms. Then, for some people it’s one day they have a headache and fever, and it’s more rapid onset,” Ogbu said.

“We have followed many of those kids longitudinally at our clinic, so I can say for the most part many kids do well without any obvious sequalae [related conditions], but we’re still following them, particularly with their heart function, because some remain with abnormal coronary arteries, which are the arteries that supply the heart,” she explained.

Scientists race to figure out cause of MIS-C

The disease is most like another inflammatory illness known as Kawasaki disease, but there are also many differences. It’s still not clear why this happens in some children.

“We don’t have the answer to that because even in a family of many children who all had COVID or are exposed to COVID, maybe one child in the family will have MIS-C, so we don’t know and we don’t see the correlation between siblings,” Ogbu said.

Researchers are now trying to identify risk factors for developing MIS-C. Among the areas of research investigators are pursuing is whether different antibodies in the blood, known as IgG and IgA, can shed light on this issue.

In one study, published recently in the journal Nature Medicine, scientists pinpointed the types of antibodies that may be driving these inflammatory responses, including one specific to severe disease in adults and another specific to MIS-C in children.

“We noticed children who developed MIS-C after COVID disease or exposure had high levels of a specific type of antibody called IgG,” study co-author Dr. Lael Yonker, director of the Massachusetts General Hospital Cystic Fibrosis Center, said in a hospital news release. “Normally, IgG acts to control an infection, but with MIS-C, the IgG is triggering activation of immune cells, which may be driving the severe illness seen in MIS-C.”

Black and Hispanic children do seem to be disproportionally affected, but whether that’s because there is a higher prevalence of severe disease in the adult population in those communities isn’t clear.

According to Ogbu, “What we are actually seeing is more severe forms of MIS-C, where many of our patients have to be admitted to the ICU [intensive care unit] rather than just the inpatient floor.”

In a recent story in The New York Times, Dr. Roberta DeBiasi, chief of infectious diseases at Children’s National Hospital in Washington, D.C., said that in the first wave of MIS-C cases, about half of patients needed treatment in the hospital’s ICU. Now, 80% to 90% do, she added.

What the danger signs are

Children’s Hospital Colorado has also treated dozens of children for MIS-C — about 78 kids who had confirmed or suspected cases of the illness — since last spring. They’ve also seen that number climb more rapidly.

“It simply reflects the growing epidemiology. We saw a huge surge in cases here in the U.S. in October, November, December, January, and so at the same time, we also saw a lot more cases of MIS-C,” said Dr. Sean O’Leary, who specializes in pediatric infectious diseases at the hospital and is vice chair on the committee on infectious diseases for the American Academy of Pediatrics.

In most of the cases, the children had mild or asymptomatic cases of COVID-19, O’Leary said, before presenting with MIS-C.

“We’ve been telling providers if you see a child that’s had fever for, some people use three days, some people use four days, with symptoms that could be consistent with this condition, they should consider getting labs in that setting,” O’Leary said. “If your child is looking sicker than you would expect with the typical illness, then you need to call your pediatrician.”

Other signs to look for include gastrointestinal distress, redness of the eyes and rash, even without a clear history of COVID-19 infection.

Ogbu said, “There is a COVID-associated disease that’s severe in children and it does happen. It’s not as rare as we thought. We’ve seen a good deal of it and it’s going to be here for a while.”

The American Academy of Pediatrics has been advocating strongly for vaccine studies in children, O’Leary said. One of the companies that is making a vaccine for adults now, Pfizer, has a vaccine study in children that could be submitting data to the U.S. Food and Drug Administration in one or two months, he noted.

After nine days in the hospital, a warning for other teens

Montgomery was released from the children’s hospital on Christmas Eve, nine days after she arrived.

There were some concerns that she might have lingering neurological symptoms, similar to a seizure she experienced while hospitalized, but testing was reassuring. Her heart function is normal now, but doctors will continue to monitor that.

“It has been a rocky road,” Reynolds said. “She still has good days and bad days. She sits here now, it’s a good day. When we hang up, you don’t know what to expect. That’s the scary part.”

Before COVID-19 and MIS-C, Montgomery was just an average teenager who liked drawing, fashion and dancing. She had a goal of meeting Justin Bieber, and still does.

“I feel good,” Montgomery said. “So, my next thing is to meet Justin Bieber.”

Reynolds, who wanted to talk publicly about her daughter’s illness to help others identify it before it’s too late, said, “We’re blessed because she’s still here. So, we take the good with the bad and we just roll with the punches.”

Montgomery is concerned that people still aren’t taking COVID-19 seriously enough. Before she had it, and MIS-C, she said she never realized how real it was.

“I see a lot of people that are doing stuff without masks,” Montgomery said. “I just want people to take it serious and be aware because it’s scary.”

The U.S. Centers for Disease Control and Prevention has more on multisystem inflammatory syndrome in children.