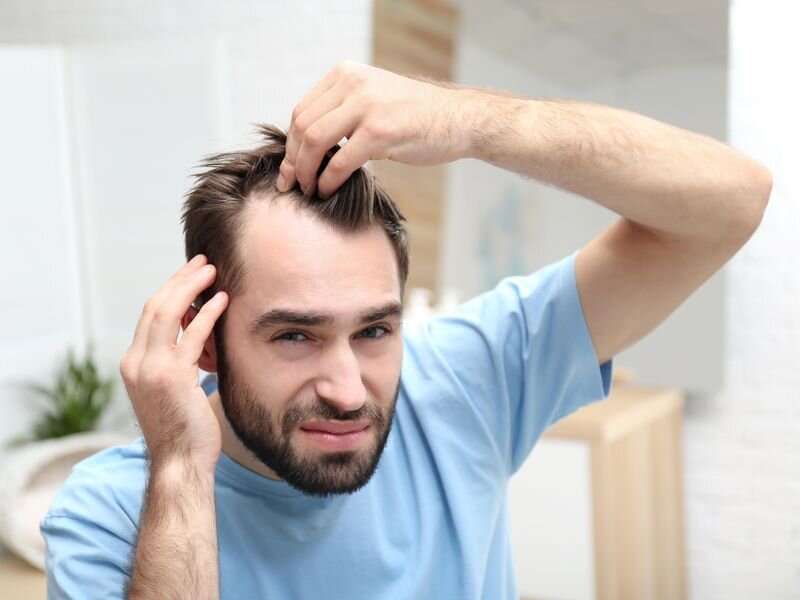 Nearly all men see their hairline recede or a bald spot emerge at some point in their life. For those looking to slow the march of time, a new study helps sort out which hair-loss medications work best.

The analysis, of 23 previous studies, ranks the available hair-loss medications, from most effective to least.

Experts said the list is helpful. The medications—dutasteride, finasteride and minoxidil—have long been used, but there has been little information on how they stack up against each other in effectiveness.

“We don’t have trials comparing these medications head-to-head,” said Dr. Anthony Rossi, a dermatologist who was not involved in the research.

That has left doctors without a solid answer to the inevitable question, which option works best?

The new research will help fill that gap, according to Rossi, of Memorial Sloan Kettering Cancer Center and Weill Cornell Medical College, both in New York City.

The top-ranking treatment was dutasteride (Avodart) capsules, at a dose of 0.5 milligrams a day. On average, it produced the biggest increase in total hair count after six months of use. That means men who use it can expect more hair to crop up where there was none, though that includes smaller, “peach fuzz” hairs.

Next came finasteride (Propecia) pills, taken at a 5-mg dose each day, followed by the same dose of oral minoxidil (Rogaine).

Not surprisingly, dose and administration mattered, the analysis found. A lower dose of finasteride (1 mg a day) ranked fourth, followed by two topical formulations of minoxidil, with the higher dose (5%) performing better than the lower (2%).

At the bottom was low-dose oral minoxidil, taken as 0.25 mg per day.

Effectiveness, however, is only part of the story, Rossi pointed out.

“Dutasteride may outperform the others, but it may also have more side effects,” he said. “And we have to counsel patients on that.”

Dutasteride can cause loss of libido, erectile dysfunction and breast tenderness, as well as a form of low blood pressure called orthostatic hypotension. In rare cases, men can have serious reactions to the drug that require medical attention, including skin peeling, face swelling and difficulty breathing.

Finasteride can also dampen libido or cause breast tenderness, but only in a minority of patients, said Dr. Amy McMichael, a professor of dermatology at Wake Forest Baptist Medical Center in Winston-Salem, N.C.

Whenever a healthy person has hair loss, the goal is to boost hair density while maintaining that good health, said McMichael, who was not involved in the study.

“In general, topical minoxidil, oral finasteride and oral minoxidil are well tolerated by most patients and cause no side effects,” she said.

But any oral drug can cause issues like diarrhea or rash, McMichael noted, and even topical minoxidil has downsides: It can be burdensome to apply daily, and sometimes irritates the scalp, causing scaling or flaking.

In the end, both doctors said, men need to discuss the pros and cons of each option with their dermatologist.

The findings were published online Feb. 2 in JAMA Dermatology. They are based on 23 clinical trials, most of which compared medication against a placebo (an inactive substance).

All three drugs were originally developed for purposes other than hair loss. Oral minoxidil was first used as a blood pressure drug; the topical formulation was created after doctors realized men taking the medication showed increased hair growth, according to Dr. Kathie Huang, who wrote an editorial published with the study.

Meanwhile, both dutasteride and finasteride were first used to treat urinary symptoms caused by an enlarged prostate. The drugs block an enzyme that converts testosterone to dihydrotestosterone—the main hormonal contributor to male-pattern baldness, according to Huang, a dermatologist at Brigham and Women’s Hospital in Boston.

Finasteride is approved by the U.S. Food and Drug Administration to treat men’s hair loss; dutasteride is not, but doctors are allowed to prescribe it “off-label” for that purpose.

In the real world, most patients with hair loss end up needing a combination of treatments.

“Most often, the backbone of treatment is the combination of finasteride and topical minoxidil 5%,” McMichael said. “But patients often get the best results with even more added to this backbone.”

That might include low-level laser light or platelet-rich plasma injected into the scalp. That plasma (the liquid portion of blood) is taken from the patient’s own blood sample.

Rossi agreed that finding the best treatment can be a process.

“It’s important to be realistic,” he said. “Often, you won’t hit a home run with a single option.”

He also recommended that men seeking help for hair loss see a dermatologist for a “full workup.” That is, in part, to find out whether there is an underlying condition causing the hair loss, like a thyroid disorder or nutritional issue.

More information: The American Academy of Dermatology has more on male-pattern hair loss.