The Emergence of the Delta Variant

The Emergence of the Delta Variant 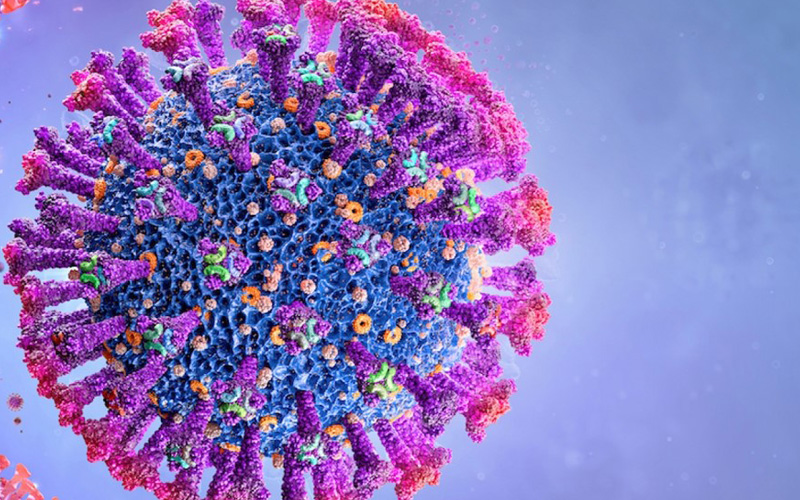 Coronaviruses are not new to us – they are a family of RNA or protein-based viruses that rarely infect humans. Coronaviruses are responsible for causing common colds and lower respiratory tract infections. There have been six different types of coronaviruses that have been known to cause disease in humans. The one that we are most familiar with is SARs-CoV. At the end of 2019, a new coronavirus, SARS-CoV-2 was discovered.

Over time viruses change as they continue to spread and infect different people. This plays an impact on the different responses that people have to a virus. Once our cells become infected, sometimes it makes these small copying errors called mutations. Mutations are certain changes that can affect the way a virus can cause infection. They are important to identify because they can help during the vaccine creation process.

The following chart shows some of the common mutations that have been identified in COVID-19 over the past 20 months. The D614G mutation was the primary mutation in the beginning of 2020, attributing to the quick spread of the virus. During that time, COVID was not mutating or making any changes, but the primary concern was that it was spreading quickly.

The E484K and L452R mutations are bolded because these are the ones that have been found in the Delta variant, which is currently the primary strain spreading through the United States. A variant, on the other hand, is a group of viruses that share the same type of mutations. These are the scientific names of a virus. The green chart above lists out the main COVID-19 variants at this time, their lineage, where the variant emerged and the mutations they carry.

The Alpha variant used to be the predominant variant after December 2020, and was responsible for more infections and deaths at that time. The Beta variant emerged around the same time in South Africa. This was a variant of concern because some of the vaccines that were authorized by the FDA around the same time were not effective. But after studies were done, results showed that certain vaccines were effective, with potential for breakthrough infections. The Gamma variant is similar to Beta. It emerged out of Brazil. The Delta Variant: What We Know

The Delta variant (B.1.617.2) is causing more infections and spreads faster than the other variants due to its L452R and E484K mutations. This variant is twice as contagious as previous variants, and effects unvaccinated people severely.

The vaccines authorized in the U.S. continue to offer very strong protection against severe disease and death. These vaccines are highly effective against the spread of COVID-19 and severe illness from COVID-19, including the Delta variant. However, COVID-19 vaccines are not 100% effective, and a small percentage of fully vaccinated people are contracting breakthrough infections that can spread to others. People who have not been vaccinated against COVID-19 are most at risk. The tables below show the benefits of two leading vaccines in the United States (Moderna and Pfizer).

As of April 23, 2021 the Pfizer-BioNTech COVID-19 Vaccine received full FDA approval and will now be marketed as Comirnaty for people ages 16 and older. These two tables compare the Moderna COVID-19 vaccine and the Pfizer COVID-19 vaccines. Incidence rate of breakthrough infections is lower in people who received Moderna. Overall, the study that observed the population from Minnesota, both vaccines strongly reduce the risk of SARS-CoV-2 infection and severe COVID-19, but individuals vaccinated with mRNA-1273 were about half as likely to experience breakthrough infections as individuals vaccinated with BNT162b2

What is a “booster” shot?

Recent data shows that protecting antibodies from vaccines are less effective 8 months after recieving the vaccine. A booster dose (aka, third dose) is an extra administration of the full COVID-19 vaccine. It is common for the protection of vaccines to decrease over time because of mutations. Booster shots are currently availagble for immonocompromised individuals specifically, solid organ transplant recipients or those who are diagnosed with conditions that are considered to have an equivalent level of immunocompromise.

The FDA and other medical experts from the HHS plan to make booster shots available to all Americans beginning week of September 20th and starting 8 months after an individual’s second dose. At this time the booster shot will only be available for people who received an mRNA vaccine (Pfizer or Moderna). No data is available yet for those who received the Johnson and Johnson vaccine. However, they expect more data on J&J in the coming weeks.

What we should continue to do?

At the time of writing, 73.7% of adults have at least one vaccination against COVID-19, with 52% of the total population fully vaccinated.

Wear a Mask: The CDC recommends people who are not fully vaccinated and are 2 years or older to wear a mask indoors. Fully vaccinated people are recommended to wear masks indoors as well, especially in areas of substantial or high transmission to maximize protection from the Delta variant. Get Vaccinated: COVID-19 vaccines are highly effective against transmission and severe illness from COVID-19. Clean regularly to disinfect your home and surrounding areas of high transmissibility. Wash your hands frequently. The post The Emergence of the Delta Variant appeared first on PEPID Pulse.