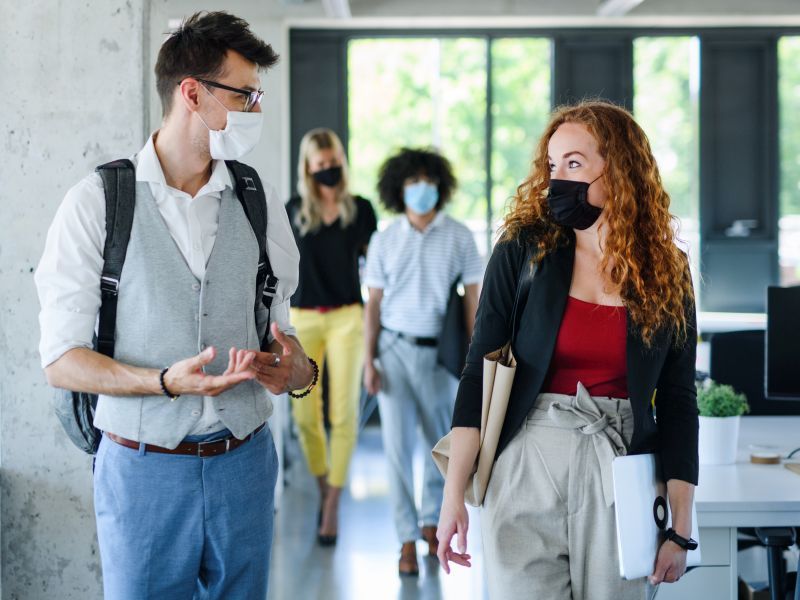 As the daily U.S. coronavirus case count shattered yet another record on Thursday with 121,000 infections reported, a new survey shows that nearly a quarter of a million COVID-19 cases have now been identified at colleges and universities nationwide.

More than 38,000 of those campus cases have been reported in the past two weeks, The New York Times survey found. And those numbers are almost certainly an undercount, the newspaper added.

The survey involved more than 1,700 American colleges and universities, including every four-year public institution and every private college that competes in NCAA sports. It is believed to be the most comprehensive tally available, but the lack of a national tracking system or consistent statewide data means the full toll is hard to tally, the Times added.

More than a third of U.S. universities reopened their campuses to students in some capacity this fall, the newspaper said, and some schools have appeared to keep the virus in check, primarily through extensive testing programs.

But others have failed to enforce social distancing and other preventive measures in an environment that centers on communal living, group activities, large social gatherings and in-person learning, the Times reported.

Many school officials blame students when there are spikes in cases.

At Syracuse University, school had barely opened when officials openly chastised a group of students who had thrown a large party and “selfishly jeopardized the very thing that so many of you claim to want from Syracuse University — that is, a chance at a residential college experience.”

Syracuse has reported only 257 coronavirus cases since March.

Some students say administrators should have seen it coming when they chose to reopen their campuses.

“It’s very difficult to say whether, you know, it’s really on students for throwing these honestly reckless parties, or whether they’re just simply acting how college students are going to act in these kind of situations,” Dylan Brooks, a senior at Arizona State University (ASU) told his school newspaper, the Times reported. “Of course, if you’re bringing ASU college students back to ASU, this is how they’re going to act.”

The coronavirus has been responsible for at least 80 deaths on college campuses this year. While most of those deaths were reported in the spring and involved school employees, several students have died in recent weeks as a result of the virus.

As case numbers skyrocket across the nation, that number is expected to rise. On Thursday, 20 states saw their highest daily counts yet, and the number of fatalities nationwide exceeded 1,000 for the third consecutive day, the Washington Post reported.

Meanwhile, state health officials say they are frustrated about a lack of financial support from the federal government as they face orders to prepare to receive and distribute the first doses of a coronavirus vaccine by the unlikely target date of Nov. 15, the Post reported. And these officials stress that they don’t have enough money to pay for the massive undertaking.

Even so, the U.S. Centers for Disease Control and Prevention sent a letter this week asking states to provide by Tuesday critical information, including a list of each jurisdiction’s top five sites capable of receiving and administering a vaccine that must be stored at extremely cold temperatures of minus-94 Fahrenheit, the Post reported. The letter refers to the vaccine only as Vaccine A, but industry and health officials say it is the Pfizer vaccine.

By Friday, the U.S. coronavirus case count passed 9.6 million while the death toll passed 235,000, according to a Times tally.

Many European countries are tightening restrictions, the AP reported. France began a nationwide lockdown last Friday, Germany began a partial lockdown on Monday and Austria started one Tuesday as government officials across the continent scramble to slow a sharp rise in infections that threatens to overwhelm their health care systems.

Things are no better in India, where the coronavirus case count has passed 8.4 million, a Johns Hopkins tally showed.

Nearly 125,000 coronavirus patients have died in India, according to the Hopkins tally, but when measured as a proportion of the population, the country has had far fewer deaths than many others. Doctors say this reflects India’s younger and leaner population.

Meanwhile, Brazil passed 5.6 million cases and had over 161,000 deaths as of Friday, the Hopkins tally showed.

Cases are also spiking in Russia: The country’s coronavirus case count has passed 1.7 million. As of Friday, the reported death toll in Russia was over 29,600, the Hopkins tally showed.

Worldwide, the number of reported infections passed 48.8 million on Friday, with over 1.2 million deaths, according to the Hopkins tally.