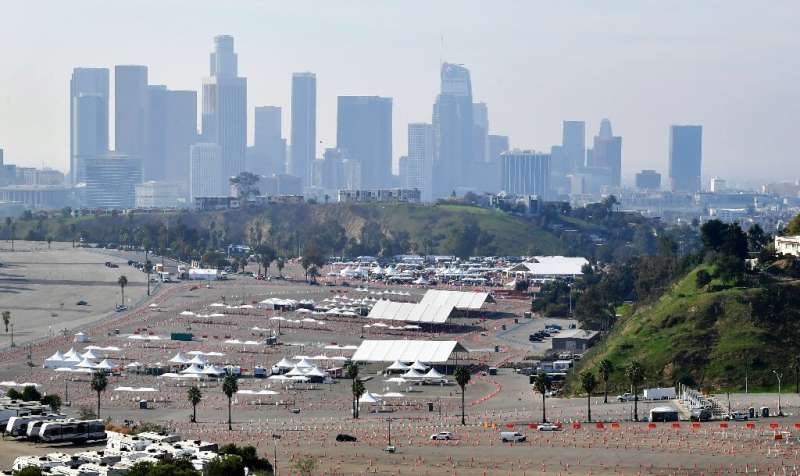 US President Joe Biden announced plans to vaccinate most Americans by the end of July with the help of 200 million newly acquired doses, as the country’s inoculation campaign kicked off a new phase in drugstores and supermarket pharmacies, some of which will offer shots as of Friday.

Even as the Biden administration inked deals to acquire “100 million more Moderna and 100 million more Pfizer vaccines” and Covid-19 cases fall in Europe, the World Health Organization warned against rash reopenings, in a sobering reminder of the long global battle ahead in taming the pandemic.

“At this point, the overwhelming majority of European countries remain vulnerable,” he added, pointing out the “thin line between the hope of a vaccine and a false sense of security.”

More than a million cases are still registered every week across the 53 member states in the UN agency’s European region, which includes several Central Asian countries.

With the latest vaccine purchases, the United States—the world’s hardest-hit country with more than 470,000 deaths—is on track “to have enough supply for 300 million Americans by the end of July,” Biden said, meaning enough inoculations for all eligible people.

He made the announcement Thursday after touring the National Institutes of Health near Washington, with a million previously acquired vaccine doses already headed to around 6,500 drugstores and supermarket pharmacies.

The US immunization campaign got off to a shaky start in December, and even as recently as Thursday, Los Angeles moved to temporarily close five major inoculation centers including its giant Dodger Stadium site, due to vaccine shortage.

Mass Covid-19 vaccination programs are being ramped up in many countries in the race against more contagious variants, and governments are urging populations to continue to cope with closures as the inoculation campaigns move forward.

Germany, meanwhile, said it will ban travel from Czech border regions, as well as Austria’s Tyrol due to concern over new variants.

It has halved its daily infection rate after more than two months of painful curbs, but fears are growing that the positive trend could be compromised by travelers from border regions reporting sky-high case rates.

France’s health minister Olivier Veran warned of a “worrying situation” in Moselle, across the border from Germany, after a high number of South African and Brazilian variants were detected, possibly leading to new restrictions.

The International Ski Federation (FIS) announced that all remaining World Cups in Norway were canceled due to new Covid-19 government curbs.

Vaccine distribution has varied widely worldwide, though overall more than 155.7 million people in at least 91 countries have been inoculated so far, according to an AFP tally.

Rollouts are hampered by limited supplies, and AstraZeneca’s shot has been in the spotlight after a number of European countries refused to authorize it for those over 65—the demographic most vulnerable to Covid-19.

There have also been questions over its effectiveness against the virus strain that emerged in South Africa.

Nevertheless, the WHO backed AstraZeneca’s coronavirus shot on Wednesday—including for over-65s and in places where new virus variants are circulating.

The AstraZeneca shot forms the bulk of doses being rolled out around the world—especially in poorer countries—under the Covax program.

WHO expert Alejandro Cravioti said the organization was awaiting more specific data on the vaccine’s efficacy in over-65s, but it “would not be appropriate” to wait with “thousands of people dying.”

On Thursday, AstraZeneca said its 2020 earnings had doubled, even without taking into account sales of its vaccine, which was only approved for use at the end of last year.

The WHO’s Kluge also reiterated a call for the distribution of vaccines to include poorer countries, citing it as a “moral imperative” but also a means of mitigating risks.

WHO said deaths from Covid-19 in Africa surged by 40 percent over the last month, as the continent’s toll approaches 100,000.

The coronavirus has infected more than 107 million people since the outbreak emerged in China in December 2019, according to an AFP tally.

Beyond vaccines, there was also positive news on treatments, with a study showing the arthritis drug tocilizumab reduces the risk of critically ill patients dying of Covid-19.

Europe’s oldest person, French nun Sister Andre, meanwhile became a symbol of hope when she celebrated her 117th birthday on Thursday after surviving Covid-19 and living through two world wars.