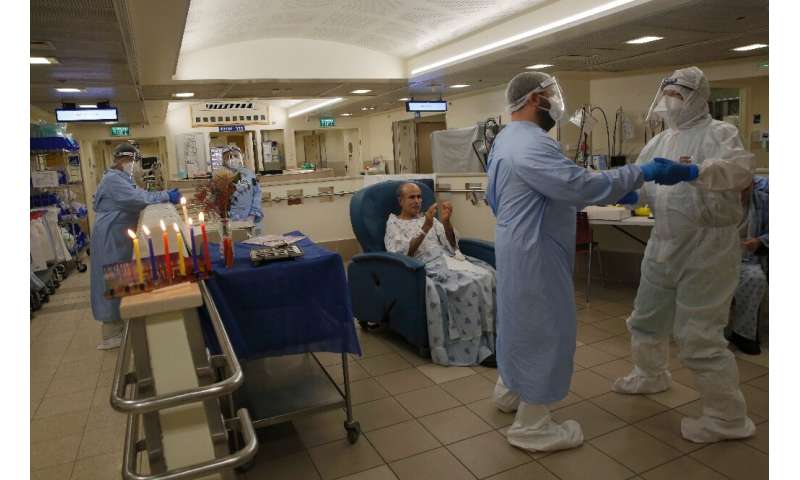 The United States and the European Union on Tuesday pushed forward approval of two leading COVID-19 candidate vaccines, as fears grew of a fresh wave of infections over Christmas.

Health professionals have registered over 1.6 million lives lost and more than 72 million cases of the novel coronavirus since it emerged in China last December.

The US Food and Drug Administration on Tuesday issued an upbeat briefing about the Moderna COVID-19 vaccine ahead of a meeting by experts on whether to grant it emergency approval.

The FDA said there were “no specific safety concerns identified that would preclude issuance of an EUA (emergency use authorisation)” and confirmed an overall efficacy of 94.1 percent.

Its assessment came a day after a mass vaccination drive started in the United States, the world’s worst-affected country.

The FDA also authorized the country’s first rapid at-home test for COVID-19, which is available over-the-counter and produces a result in around 20 minutes.

But just three million of the kits made by California-based Ellume will be available in January.

German Health Minister Jens Spahn said Berlin wanted the EU to approve the BioNTech/Pfizer COVID-19 vaccine “before Christmas” as calls grew for the bloc’s health regulator to speed up its decision process.

The European Medicines Agency (EMA) which previously had planned a special meeting by December 29 to discuss granting conditional approval for the jab, on Tuesday brought that forward to December 21.

The EU lags behind a growing number of nations that have already granted emergency approval. Britain, Canada and the United States have already started vaccinating their citizens.

The British Medical Journal (BMJ) and the Health Service Journal (HSJ) on Tuesday warned that British proposals to allow three households to mix indoors for five days could lead to the state-run National Health Service being overwhelmed.

“We believe the government is about to blunder into another major error that will cost many lives,” the BMJ and HSJ said in only their second joint editorial in more than a century.

“Rather than lifting restrictions over Christmas as currently planned, the UK should follow the more cautious examples of Germany, Italy and the Netherlands,” they said.

The warning came after the government announced that London and parts of three surrounding counties will from Wednesday join swathes of central and northern England under the toughest restrictions to try to cut spiralling infection rates.

Pubs, bars, restaurants and other hospitality sites will close, apart from takeaways, as will theatres and other entertainment venues. Members of different households cannot mix indoors.

The Netherlands on Tuesday entered its strictest lockdown since the pandemic began. Prime Minister Mark Rutte said schools and all non-essential shops would shut for five weeks.

Norway said it could extend virus curbs until the latter half of January, while Turkey announced it would go into a four-day lockdown over the New Year holidays.

Denmark’s government announced Tuesday it was extending nationwide partial restrictions that were already in force in much of the country, hoping to slow soaring infection rates.

The Washington National Cathedral is due to ring its bells 300 times Tuesday in memory of the 300,000 people who have lost their lives to coronavirus in the United States.

US President-elect Joe Biden said Tuesday that he would receive a coronavirus vaccination in public, on the recommendation of top infectious diseases expert Anthony Fauci.

“Dr. Fauci recommends I get the vaccine sooner than later,” said the 78-year-old veteran politician.

An initial 2.9 million doses are set to be delivered to 636 sites around the United States by Wednesday, with officials saying 20 million Americans could receive the two-shot regimen by year’s end, and 100 million by March.

Trials have shown the vaccine to be 95 percent effective.

Biden’s inaugural committee said crowds would be “extremely limited” for the 46th president’s swearing-in under “vigorous health and safety protocols”.

In Ukraine, police clashed with thousands of protesters in Kiev Tuesday during a rally against recently announced new virus restrictions that will shut down non-essential businesses from January 8-24.

And Brazil’s health regulator Anvisa accused China of not being transparent in efforts to win emergency approval for its COVID-19 vaccine CoronaVac, currently in the final phase of trials.

Anvisa warned against the “influence of issues related to geopolitics” in promoting vaccines.

In France, people no longer need to fill out forms justifying their reason for leaving home from Tuesday, but will instead be subject to a new 8:00 pm—6:00 am overnight curfew.

The World Health Organization said it was in talks with Pfizer and Moderna Tuesday about including their high-tech coronavirus vaccines among early jabs for poor countries at affordable prices.