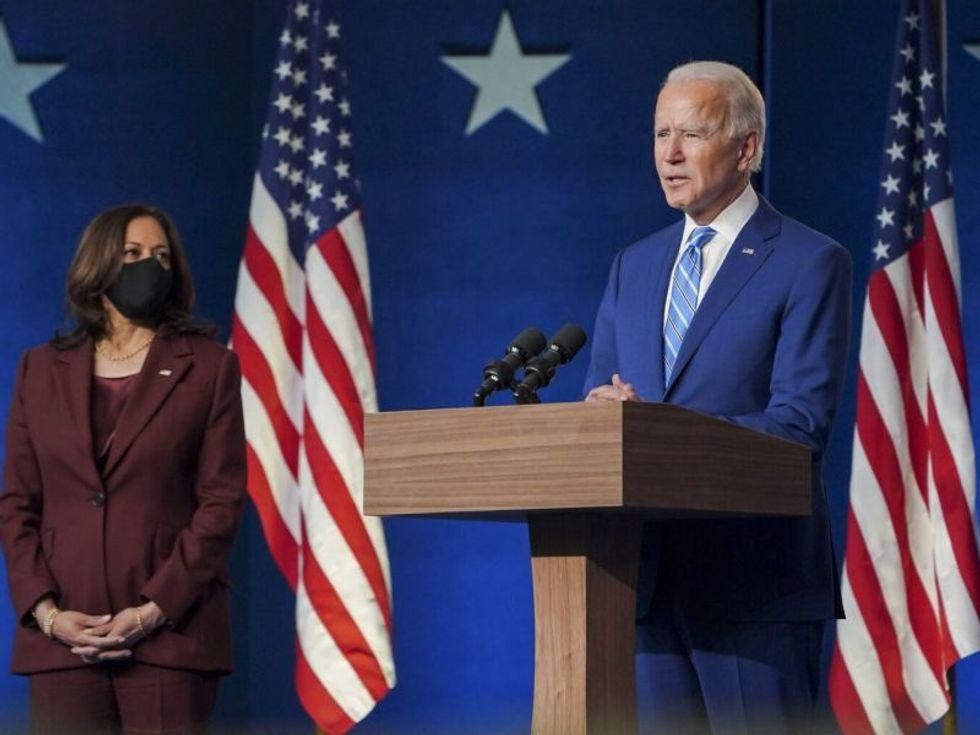 President Joe Biden is slated to announce an ambitious six-point plan to double down on a resurgent COVID-19 pandemic in the United States, including more pressure on government, business and schools to implement vaccine mandates, news sources report. A speech outlining the new plan is scheduled for 5 p.m. Eastern on Thursday, The New York Times said.

Speaking Wednesday at a media briefing, White House press secretary Jen Psaki said new efforts to rein in COVID-19 will impact Americans based on whether they’ve yet been vaccinated or not, CBS News reported.

“He’s going to outline the next phase in the fight against the virus and what that looks like,” Psaki said, “including measures to work with the public and private sector, building on the steps we’ve already announced, the steps we’ve taken over the last few months: requiring more vaccinations, boosting important testing measures and more; making it safer for kids to go to school all at a time when the American people are listening.”

The new strategy comes as the total known U.S. cases of COVID-19 topped 40 million, according to a database maintained by the Times. That’s nearly one-fifth of the global total of cases.

With the Delta variant of the SARS-CoV-2 virus cutting a swathe through the United States, and about 47% of the eligible population still not fully vaccinated, COVID-19 has roared back over a summer that began with Americans hopeful that the worst was behind them.

The vast majority of people hospitalized and dying are unvaccinated, greatly burdening an already overburdened health care system. According to the Times, no state has yet gotten more than 70% of its population fully vaccinated.

A strengthened push to pressure government agencies, schools and businesses nationwide to implement vaccination mandates for vaccine-hesitant Americans will be a key component of the new plan.

“We know that increasing vaccinations will stop the spread of the pandemic, will get the pandemic under control, will return people to normal life,” Psaki said at the Wednesday press briefing, the Times reported. “That’s what our objective is, so we want to be specific about what we’re trying to achieve.”

There has been significant improvement in COVID-19 vaccine uptake in recent weeks: Psaki noted that about 14 million people got their first shots in August, 4 million more than did so in July. Still, 27% of Americans eligible for vaccination — everyone age 12 and older — have still not received any shots, according to data from the U.S. Centers for Disease Control and Prevention. In some states, the number of unvaccinated remains very high — 42% in Texas and 38% in Florida, the Times said.

As to the need for booster shots in those already vaccinated, Psaki said Biden is working on a plan for a booster rollout. In recent weeks health experts have advised the White House to hold off promoting third shots for all Americans until more and better data comes in.

According to CBS News, the President also plans to bring up the importance of a global COVID-19 vaccination plan at a United Nations General Assembly meeting with other world leaders to be held later this month.

In the United States, hospitals remain full and the COVID-19 death toll mounts, largely among the unvaccinated.

Speaking last Wednesday, Gov. Brad Little of Idaho, a Republican, begged people in his state to get vaccinated. “I wish everyone could have seen what I saw in the ICU last night,” he said.

Things are so bad in Idaho that rationing of care is underway.

Dave Jeppesen, the state’s director of the Department of Health and Welfare, said on Tuesday, “When crisis standards of care are in effect, people who need medical care may experience care that is different from what they expect. For example, patients admitted to the hospital may find that hospital beds are not available or are in repurposed rooms (such as a conference room).”

Jeppesen added, “This is a decision I was fervently hoping to avoid.”

In hard-hit West Virginia, Gov. Jim Justice, a Republican, read out a list of people who had died of conditions linked to COVID-19 since Friday, and echoed Little’s call for vaccination.

“We’ve got to get vaccinated for all, not just for you but for everybody — we’ve got to do this,” Justice said. “We can stop a lot of this terrible, terrible carnage.”

Find out more about the value and safety of immunization against COVID-19 at the U.S. Centers for Disease Control and Prevention.