Why have some countries paused the AstraZeneca jab?

Why have some countries paused the AstraZeneca jab? 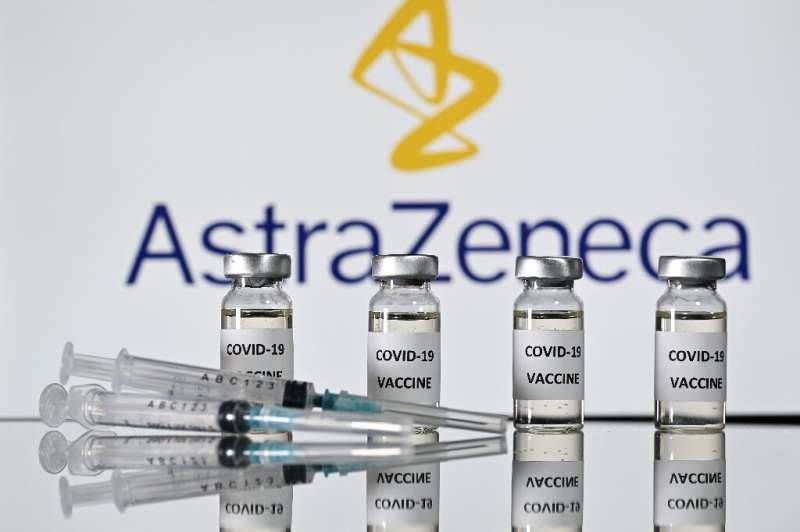 Why have several countries in Europe suspended use of the AstraZeneca vaccine, citing fears of blood clots, even as the European Union’s top regulator insists there is no evidence of a link and calls for the inoculations to continue?

Germany, Italy, France and at several other nations say they need time to determine whether the vaccine is in any way responsible for very rare incidents of unusual blood events.

But they have faced challenges over the wisdom of pausing vaccination with AstraZeneca—a key component of national immunisation campaigns—as the epidemic sweeps the continent.

Deaths across Europe have topped 900,000 since the pandemic began must over a year ago, making it the worst-hit global region in absolute terms, according to an AFP tally of official figures.

“We are still firmly convinced that the benefits of the AstraZeneca vaccine in preventing COVID-19 with its associated risk of hospitalisation and death outweigh the risk of these side effects,” European Medicines Agency (EMA) chief Emer Cooke said on Tuesday.

The World Health Organization (WHO) and AstraZeneca have also said the shot is safe.

The vaccine was developed by AstraZeneca and the University of Oxford in Britain, where more than 11 million doses have been administered without a sign of increased thrombosis risk.

The EMA has said it has not detected a higher number of thromboembolic events in vaccinated people than would normally be expected in the general population.

But last week Denmark was the first to announce it was suspending the jab over blood clot concerns, though it stressed the move was precautionary.

Then on Monday, the Paul-Ehrlich Medical Institute, which advises the German government, said it believed more investigations were needed because of “new reports of thromboses of the cerebral veins in connection with the vaccination in Germany and Europe”.

Cerebral venous thrombosis—the formation of clots in veins in the brain that can cause strokes—are both “much rarer than classic thromboses” and also potentially more serious, said infectious disease specialist Odile Launay, of the COVID Vaccines Committee created by the French government.

The risk was therefore “very low”, he said, but added it would be above average if confirmed to be linked to the vaccine.

Despite the tiny number, it is the unusual type of thromboembolic events that seems to have caused the concern.

But so far the EMA has not been persuaded.

“At present there is no indication that vaccination has caused these conditions,” the EMA’s Cooke said.

However, Cooke said the regulator was “looking at adverse events associated with all vaccines” and expected to publish its findings on Thursday.

As with all medicines, regulators seek to balance the benefits with any potential risks. In this case, experts say, the calculation must take into account the risk from COVID-19.

Belgium on Monday said it would continue using AstraZeneca, judging that to stop immunising people with an effective vaccine in the face of rising cases would be “irresponsible”.

That echoes the view of experts across Europe, which is already lagging in its vaccine rollout compared to Britain and the United States despite rising cases.

Stephen Evans, Professor of Pharmacoepidemiology at the London School of Hygiene & Tropical Medicine, said COVID-19 is known to cause sometimes very serious problems in the body’s coagulation systems.

So the “very likely explanation of at least some of the clotting disorders seen are a result of COVID-19 rather than the vaccine”.

“Hence, even if there were a problem, acknowledged to be very rare with the AZ vaccine, the overall benefit would be so much greater than any speculative harm,” he added.

Regardless of what the EMA reports, French specialist Launay said the damage to public confidence has likely already been done.

She said “whatever the outcome, it will have a significant impact on immunisations”.

Citation:
Why have some countries paused the AstraZeneca jab? (2021, March 16)
retrieved 17 March 2021
from https://medicalxpress.com/news/2021-03-countries-astrazeneca-jab-1.html